How to give a Castlemaine Four-X 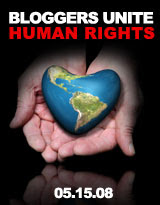 The Church of England Calendar today commemorates Caroline Chisholm — the original Victorian lady with a brick in her handbag, whose 200th anniversary falls this year. Born in Northampton in 1808 she died in London in 1877. Mrs Chisholm engaged in social work to improve the lives of women in India, where her husband was an army officer, and (principally) Australia. She worked tirelessly for the protection of the poor women who flooded the goldfields, providing hostels and education, confronting human trafficking, working for the welfare of immigrants. 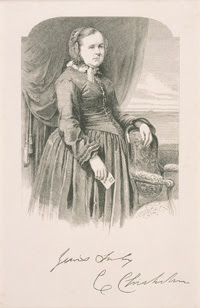 She was actually RC (required to convert on marriage) — one of the few significant Victorian God-botherers not to be a paid-up Evangelical. She robustly took the line “I promise to know neither country nor creed, but to serve all justly and impartially.” It didn’t get her brownie points with the hierarchy, but she walked through all the bitter denominational cowboys and indians of her age, very pronounced in colonial Australia, ignoring the lot. Her integrity and energy won the respect of all, principally Lord Shaftesbury and Florence Nightingale. Mrs Jellyby in Dickens’ Bleak House is said to be a hostile portrait.
The White Hat guide gives a refreshingly honest, characteristically Antipodean view:

Caroline Chisholm is one of those remarkable women that most Australians admire but are probably secretly pleased is no longer with us. 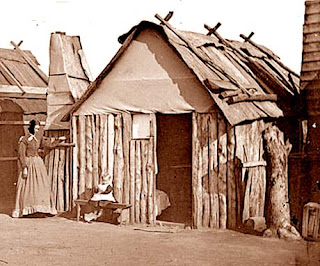 Why do we admire her? Australia is a practical country. We admire people who roll up their sleeves and do things. rather than those who make a big fuss saying "'they ought to do something about it". When Caroline Chisholm arrived in your office or workplace it wasn't to say "You must do something about this!", it was to say "I have already done such and such and if you were to do so and so we could achieve even more." 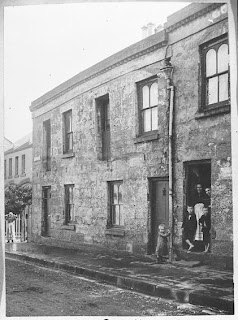 Why are we a little relieved that she is no longer around? We realise that if we came within her sphere we would probably be bullied or charmed or shamed into doing something for 'the cause'. What excuse could we put up? We could hardly claim lack of time or resources because in front of us was a mother of five (later six) children without a lot of money in a rough and ready colony already doing significant things. Even her husband, who is buried with her, is probably a little relieved. He was a competent army officer, and spent much of his life and energy in the services of the colonies and with Caroline's causes. His name doesn't even appear on their tombstone, and he probably died of exhaustion just trying to keep up with her. 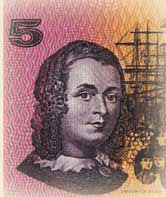 He is still possibly resting uneasily in case he hears the words "Archie, what are we going to do about this?"

She has given her name to suburbs of Melbourne and Canberra, and appeared on stamps and five dollar bills. Her life is an inspiration to all good Christian women to stick a brick in their handbags and change the world. If you aren’t doing anything else about it, click here, join up, for Caroline’s sake, do something!
Posted by Bishop Alan Wilson

Not exactly a comment on today's post, though maybe there is a link to a blog about a woman who got on a did something about social injustice etc, but more a comment related to the theme of challenging hypocrisy and not setting ourselves up as arbiters of God's hospitality that has been running through this blog. I was amazed, wryly amused and appalled by this morning's eucharist lectionary epistle - not by what was in but by what was left out. James in fine form on faith and works - so as exemplars are Abraham who set off to sacrifice his son, and...hang on, that verse has been omitted. We can't hear about (sshh) Rahab. Is this because saving the spies and her family is such an awful crime...or is it because she is described as...a PROSTITUTE??!!

Interesting bit of censorship, Rosalind. This filleting of lessons slightly annoys me, I have to admit, though I know some passages are very long. But when all they fillet is a single verse, I smell wet fish...
I Believe there was an early English version of the Bible known as the Wicked Bible because they left the word "not" out of the sixth commandment.

I've drawn attention to Rahab (among others) before... http://bishopalan.blogspot.com/2007/12/curveball-grace.html .I'm sorry she got left out f this party, of all parties, in today's lectionary.

Caroline Chisholm was the basis for McCawber going to Australia but Dickens later changed his mind and lampooned her in Bleak House. She and The Revd Dr John Lang (an evaglist who feared the Romanizing of Australia - and to many a crook) had some interesting debates on who should emigrate. She advocated whole families - as opposed to the government who said you had to leave all but two children behind and could not take your elderly parents..... unless you paid up.
SunnyLady

many thanks for the Dickens info... great stuff!