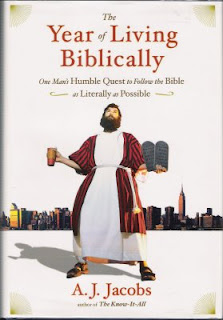 Once upon a time, in undergraduate Hebrew class, I referred to the ten commandments. “What about the other 603?” asked a friend who was a rabbinic student. A few years later an esteemed but more fundamental colleague said to me “all the problems in this parish could be solved if people did exactly as the Bible said.” I didn’t want to disagree, but, I wondered, “all the precepts of the Bible? Stoning Adulterers? banging holes through people’s ears? shunning mixed fibre clothing? ” No, said my friend. “Of course not. You’re just darkening counsel with words.” I don’t think I was. I was just trying to take what he had suggested seriously. 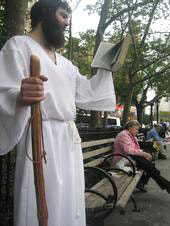 The word “Biblical” is used in all sorts of ways, often rather freely by some Conservative Evangelicals as a catch-all rah-rah term for anything they approve of really heartily. But what, actually, is “Biblical?” Six verses in the Bible could have anything at all to do with homosexuality, whilst over 3,000 deal with poverty. Yet when someone tells me they believe we are departing from “Biblical standards” they’re almost always referring to sexuality not redistributive social justice. Why so selective?

I grew up in an extremely secular home in New York City. I am officially Jewish, but I’m Jewish in the same way the Olive Garden is an Italian restaurant. Which is to say: Not very. I attended no Hebrew school, ate no matzoh. The closest my family came to observing Judaism was that paradoxical classic of assimilation: a Star of David on top of our Christmas tree. It’s not that my parents badmouthed religion. It’s just that religion wasn’t for us. We lived in the 20th century, for crying out loud. In our house, spirituality was almost a taboo subject, much like my father’s salary or my sister’s clove cigarette habit...

For a long time, I thought that religion, for all the good it does, seemed too risky for our modern world. The potential for abuse too high. I figured it would slowly fade away like other archaic things. Science was on the march. Someday soon we’d all be living in a neo-Enlightenment paradise where every decision was made with steely, Spock-like logic.

As you might have noticed, I was spectacularly mistaken. The influence of the Bible -- and religion as a whole – remains a mighty force, perhaps even stronger than it was when I was a kid. So in the last few years, religion has become my fixation. Is half of the world suffering from a massive delusion? Or is my blindness to spirituality a huge defect in my personality? What if I’m missing out on part of being human, like a guy who goes through life without ever hearing Beethoven or falling in love? And most important, I now have a young son – if my lack of religion is a flaw, I don’t want to pass it onto him.

So I knew I wanted to explore religion. I just needed to figure out how. 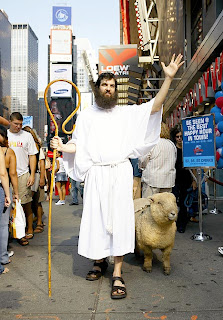 A. J. decided to spend a year doing everything, as literally as possible, by The Book. He found 700 rules for Biblical Living, checking them through with serious Christian and Jewish scholars to resolve questions of interpretation. The challenge was not to be selective, but go the whole nine yards. Some Old Testament provisions seem particularly quaint and colourful, but he did also attempt seriously to follow big precepts about truthfulness, prayer and giving.

The result is hilarious and graphic, occasionally deep and often thought provoking. Especially if you go beyond quarrying for sound bites, it’s worth a read this summer, however you use the word “Biblical.”
Just to get you started, the rules are here, and suggestions for how you too can live biblically, from someone who’s tried, here.