Straying off Hysteria Lane to Lambeth 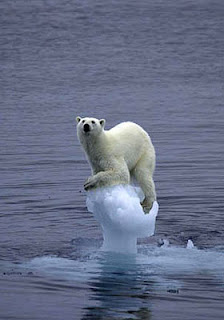 Readers of the Times will know that yesterday, apparently, the Church of England melted down over gays and women. Verdammt noch mal! I missed it! I was at Lambeth on a bishops theology day. Rowan invites any of us who want to come together and jam creatively with him about theology. We explored some free range patristics together — starting from, and expanding on, this year’s Gresham lecture — Early Christianity and Today. We jammed around 3 big historical realities 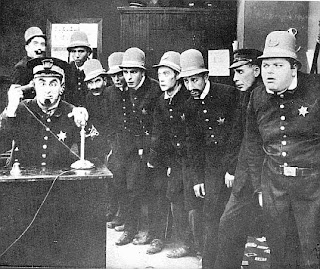 There is a theme park school of history that assumes anyone who lived before, say 1960, was a complete bloody fool. Isn’t it incredible that Augustine held wacky views on, say, sex? But hang on, those views are pretty much bound by the immediate flow of the culture around him. It’s no more of a surprise he expressed them among his compadres than it is that a contemporary person thinks Communism doesn’t work, or reflects our implicit wacky stuff. Trouble is, we don’t know exactly what our wacky stuff is, or how wacky... yet. Give it a few hundred years and they will, unless we lose the script enough to destroy the whole bang shoot. Then there won’t be anyone to know. Our wackiness will have its own (non-)memorial. What makes, say, Augustine interesting is the glimpses of big thinking, honest reflection or creativity that transcend the general run of his age, and show us we could be bloody fools, too, but with our own transcendent possibilities. Pressures they experienced were as great as those bearing on us. This is worth considering as an approach. It turns tradition from a coffee table book into a living resource.

Guided reflection with high class information and sharing around this material with about 20 colleagues was a rather joyful experience.
This was a grand day out. It was even worth missing the Church of England melting down over gays and women. To see the way forward we need prayer and lived tradition grounded in Christ, not managerialism and hysteria. Our hearts need to be fixed where true joys are to be found.
Posted by Bishop Alan Wilson

re point 1: "The blood of the martyrs is the seed of the church"
is this because even the early church wasn't very good at uniting around love and so found more sense of identity in uiniting against the kingdom/empire "out there".

And is this how some parts of the present day church re defininfthemslevs with defining those whoa are "out" and "in" ?

Thanks for this. The martyrdom we actually studied was the Passio sanctorum scillitanorum (17 July 180). There's certainly a note of truculence in their voice, but a bigger note of sheer incomprehension from the proconsul, who is trying to get them off but has very little straw wth which to make bricks. I don't think they defined themselves as anti-Empire, so much as expressed their loyalty to the empire as part of a higher loyalty others found incomprehensible.

The other tendency you note is, however, a constant fringe phenomenon. In North Africa you got these crazy people called Circumcellions, who hung out round churches and did things like assaulting travellers on the road demanding with menaces to be martyred. I agree exactly with you about contemporary resonances. Like the circumcellion phenomenon it was one reactionary way of handling uncertainty in an age of upheaval... Don't buy it myself.

I love the thought that we be living whacky lives but it may take a few generations in the future to be sure....! I have often suspected that I lead a whacky life but I am very comfortable with that! Whacky is cool!

Glad you had a good day. We don't hear enough from one another about how we resource ourselves - especially in the lived tradition grounded in Christ. Too many dead horses to be flogged perhaps.

Thanks. I find the core traditions incredibly creative, not as things in themselves, or absolutes, but as resources to define and clear our thinking, and put everything else in context. The lived issues they faced provide a counterpoint for the lived issues we face, and in the dance between old and new, wisdom reveals itself and confidence grows. Revolution by tradition!

What an inspiring post. Thanks. I'm looking forward to reading the Gresham Lecture in full. I especially concur with your comment: "To see the way forward we need prayer and lived tradition grounded in Christ, not managerialism and hysteria. Our hearts need to be fixed where true joys are to be found."