The Kingdom as Hawaiian Luau 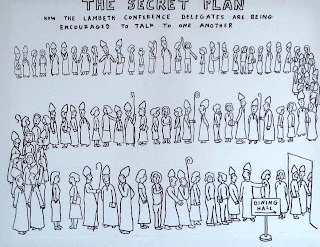 Lambeth is a vibrant microcosm. I don’t believe I have ever spent so much concentrated quality time with so many people from such varied cultures at once. Western as I am, I just want to get down to work. The vast majority here, culturally, understand the wisdom of taking time to develop 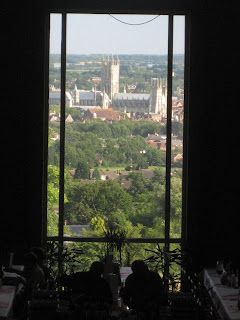 basic trust and understanding about others in their own terms. Without this cultural interface what follows is doomed. The US has an issue over human sexuality, then exports it to Africa, to be morphed onto completely different anthropologies with almost zero ambiguity about the subject. When you analyse what people think they are talking about, they are often at complete cross purposes. It’s amazing they achieve anything really. 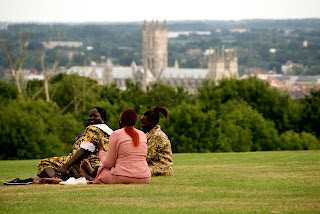 The traditional way of talking across the communion, involves the English and Americans doing their thing, with an occasional surprise mugging organised by UK or US dissidents. Indaba has to be better than that. There’s a real challenge about how the indaba process can work for us. It probably needs to evolve into a less timed, micro-project based mode. 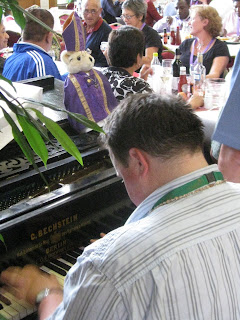 Western societies are amazingly impersonal, superficial, hurried, materialistic. They also exhibit a very low capacity for people to relate to one another, with their high rates of family breakdown, crime, depression and anomie. Lambeth is a marvellous opportunity to learn from people of different cultures more about how relationally rich societies tick. Faith binds us together, and gives us a key to unlock our differences and fundamental unity in relation to reality bigger than ourselves.

Earlier today, someone told me about Hawaiian virtues of which I had not heard:

Pono — You may not agree, but you need to be in a right relationship with people. This is partly acknowledging a higher accountability than your feelings, interests and perceptions. The UK norm is to prize agreement in an organisation above relationship. 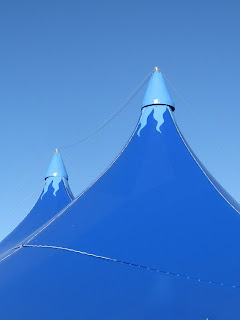 Mana — Holiness, recognised in people and creation. This sounds rather like the Quaker discipline of “looking for what is of Christ in the other person.” Our Western approach treats the earth like a thing, and flattens or rationalises any sense of wonder and reverence for people and things.
Malama — Unselfishness, or, more positively, care for the other person. We seem by comparison selfish and narcissistic. Old people often feel dumped, selfishness is turned into a virtue, and care is often bureacratised.

There could be a sermon in this sometime. Imagine a world where people worked to understand each other in their own terms. For now I just want to log it as one of the learnng concepts for me from this rather extraordinary learning time.
Posted by Bishop Alan Wilson

Many thanks for your blogging and the insights of some of what is happening. But like a previous commentor, I too am beginning to be a bit concerned about an event that allows it to become normal for only hetorosexual men to be involved in this listening process.....

but perhaps if the experience is good enough it can be transferred to conversations with women and gays later - instead of just talking "about" them. We might even take advice from the Quakers

I like this image of the Heavenly Luau. I don't know enough about the culture to add to it, but I'm thinking of the lavish abundance and hospitality of the Luau as Eucharistic symbols. Good thoughts for a Thursday. Thanks.

talking of hospitality and abundance, I wonder what you could do to bring the abundance of Fairtrade Communion wine, from South Africa and Chile to places like UK, Ireland, and europe. What a symbol of understanding that would be outside the less important stuff about sex.

Many thanks to all for comment — yesterday in London, with people from 130+ nations represented at the conference pulling together around Millennium development goals was a powerful model of how the world could be, and how our communion basically is, and the erspective n which we have to work.

Who drew
The Bishop Queue?
How many bishops?
Ninety-two!

And while on the subject of Luau, remember that the Polynesian tradition of feasting on human flesh came to an end thanks to some reserved, no-touchy-feely white guys. So, don't collapse into cultural cringe. We all have something to offer.

Otepoti — thanks for your helpful corrective — I was getting a bit culturally cringy, I acknowledge, carried away by the coolness of the concept, as a way of simply encapsulating millennium development goals attitudes in a small compass.

Early Christians' detractors used to say the Christian Eucharist was cannibalism... Nah. Don't thnk it will catch on!