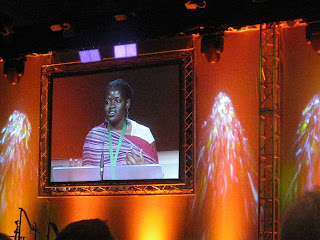 A rollicking good evening with the Stewards, a team of 50 young people from around the world. They have looked after us here incredibly cheerfully and capably. Four of them, from the Indian Ocean, England, South Africa and USA gave us the benfit of their particular wisdom. With great poise and precision, they outlined some observations and hopes for the Church and the world. They saw themselves as the Church of now, not the future, and were keen to live for Christ and change the world. 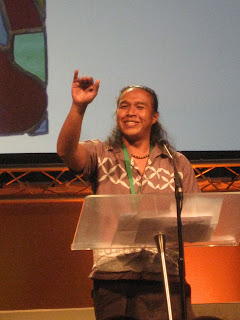 For all the frustrations of staying awake through the long hours and herding episcopal cats all day, they were powerfully made aware of what a glorious global fellowship the Anglican communion actually is. Even if it is what Tolkein called “a quest on the edge of a knife” it was onvious to them that this one body functions on the basis of freedom and love, not compulsion. Bishops talked, a lot, in hundreds of languages, not because they had to, but because they were invested in each other’s lives and calling, and disciples of Christ. 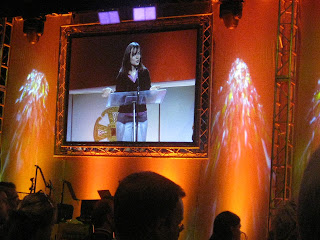 Penny, hoping to be ordained, looked on her time stewarding this event as good practice for being a particpant in 30 years time. Someone who had done 2 conferences this way was in the room. Will it be here to be part of? That is obviously up to God. The Kingdom is far, far more significant to God than the institutional Anglican Communion in itself. Who can say what our lives will be? But this has been an unforgettable experience for us all, and a world without the capacity to gather such a diverse spectrum from 130 nations in unity, in Christ, on the basis of love not imperialism and compulsion, would be a far poorer place.
Posted by Bishop Alan Wilson