Evil through the eyes of a child 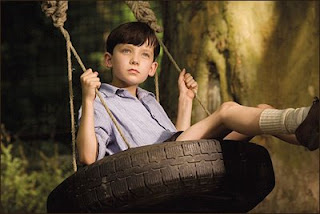 Way back, the Go Between explored how adult games look through the eyes of a child, vivid, simple, utterly pragmatic. The Boy in the Striped Pyjamas is Auschwitz through innocent eyes — good script, brilliantly cast, beautfully made, well acted, almost impossible to watch.

This film does not ham things up, preach, sentimentalise, or demonise. The unvarnished tale is more disturbing. The horror is in the substance not the way it’s served up. Conventional war movies, even compassionate ones like Sergeant Ryan, are all well and good, but all the wrong things steal the show. They’re like sermons where the circumstantial illustration smothers the point. This one is painfully right on the button. 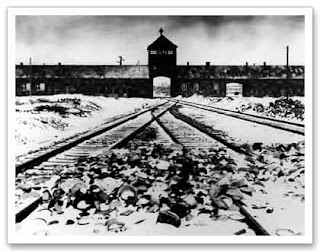 The “Bloody Fool” school of history has answers to everything, but understands nothing. It’s too ready to believe that people in the past were just utterly different, that‘s all. Big labels like “Evil” do not answer the basic question that matters — “how do people do such things?” 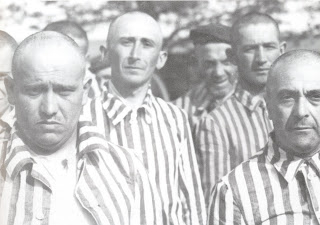 Filling in faces of the holocaust is a painful necessity, or it simply becomes incomprehensible or, worse still, the stuff of prurient curiosity or myth. We have to try to understand what there is in us what blinds us to what we don’t want to know, our own capacity for “Don’t ask, don’t tell”.

The audience we were part of in Wycombe was slightly stunned. So we bloody well should be. I suspect this film will not pack the cinemas this autumn, but people who can bear to watch it, may understand a little bit more, and, in the end, be glad they did.
Posted by Bishop Alan Wilson

People do it because it's SO easy to adopt a "They're not like us, they're a threat" mentality towards anyone who is different, alas. I wonder what we can do as a church to help bring people together and stop prejudices from taking root?