I ain’t no fight fan, but a Canadian friend who was once described boxing to me as “like chess at speed” and I can see why people follow the fight game. Yesterday I heard an item on the BBC whilst in the car, which refernced a slightly dotty item in yesterday’s Times: ‘World’s worst boxer throws in the towel on lucrative career as human punchbag:’

Peter Buckley, defeated 256 times, says that his next fight will be his last. He boxes so often that he sometimes turns up with a black eye before a bout. Boxing fans will gather in Birmingham on Friday night to witness the final fight of a man who should be remembered for ever as Britain’s most spectacular sporting loser...

Buckley has lost more fights than any other boxer in the world. Throughout his 256 defeats, he has remained magnificently undeterred. While the British Boxing Board of Control (BBBC) remained desperately concerned that he would do himself a serious lasting injury, Buckley persisted, losing bout after bout.

In the past five years he has put together a particularly impressive losing streak, failing to win in 88 successive bouts. “I’ve had my eye on the 300 mark for a while, and it’s a little milestone I want to achieve, but I don’t want to fight on,” he said...

One site commenter, obviously knowledgeable in these matters, is very positive: 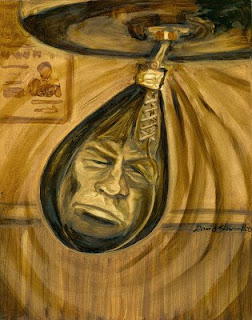 Peter is a defensive master. He even gave a defense masterclass on Sky Sports a couple of years ago. He simply does not get hit. He has fought so many future champions and yet has been stopped 10 times in 299 fights.

You have to say he stays alive somehow, and must be a very courageous gentleman, with lots of grit and pluck and all those other Boys Own virtues our Edwardian great grandfathers so admired, that rather died in the trenches. 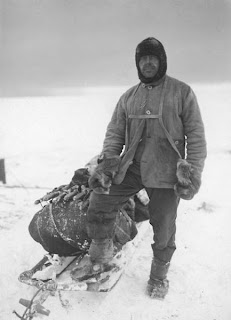 We Brits celebrate the charge of the Light Brigade and Captain Scott’s Polar expedition; so here’s to you, Peter Buckley. It probably couldn’t be asked in the US in such a way as to make sense, but here‘s a question: Every game has winners and losers. Why is “loser” a term of playground abuse? Can you be such a good loser that you become, eventually, an iconic winner? Resilience, courage and stickability are surely admirable qualities. I’m reminded of Cool Runnings and the Jamaican Bobsleigh Team. I’d certainly buy this guy a drink any day, and the article does say that by losing he has been an essential part of many winners’ careers. At that point the whole daft thing begins to sound almost Christian...