Who’s wrecking Britain, and how?

Quentin Letts of the Daily Mail includes Graham Kendrick in his list of 5o people who have wrecked Britain (h/t Dave Walker and David Keen). GK has wrecked Britain, apparently, by writing 400 popular Evangelical hymns. I can’t say I’m a particular afficionado of them, but somebody must find joy singing them. 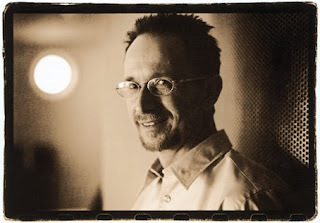 If people’s hearts are stirred to worship God this way, why be snooty and sarcastic about it? Unaccountably, QL’s piece also takes a mean sideswipe at Mrs Alexander’s All things Bright & Beautiful, which I would have thought was right up his street. Beating up old ladies in public is ugly, but it’s a free country, I suppose. 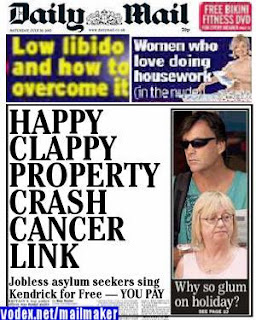 Somebody told me today that what’s really wrecking Britain for them is the angry cynicism, celebrity fixation, base xenophobia, mean spiritedness, superstition and crass materialism they find in the Daily Mail. I don’t often read the Mail, so I couldn’t possibly comment. But a marvellous contraption called the Vodex Mailmaker will help you explore for yourself how the Mail’s worldview saves (or wrecks) your Britain. In seconds I produced my own work of art. 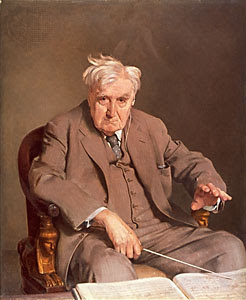 Most of the work we do is by definition less than our very best. Every age’s hymns contain much that is ephemeral, and it’s only as they are sung over many years that the real long-term winners emerge. So it was pure joy to be in a large congregation in Winslow this morning, on the 50th anniversary of Ralph Vaughan Williams’ death, a day designated as the International Day of Vaughan Williams, singing For all the Saints to his wonderful and uplifting tune. 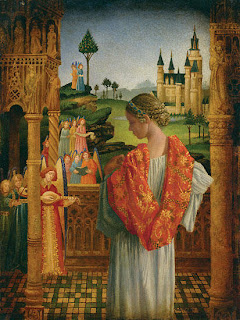 I think we can all agree that RVW’s contribution to Britain’s worshipping life was sublime and enduring. How come some of our greatest hymn tunes were penned by an agnostic? Music is self-expression, but done with humility, the best music transcends its composers and artists. Great music is great music, and stirs the soul, full stop. God uses it as much as works by pious composers. Oh, and our packed congregation in Winslow also sang a Graham Kendrick hymn (Make Way with its curious evocation of Rule Britannia in the first line).
Nobody walked out, and I'm sure the Lord enjoyed the joke.
Posted by Bishop Alan Wilson

Of course, the true greatness of Vaughan Williams was that he nicked all his best tunes from the folk tradition!

terrific post bishop alan... i may have to turn it in to a cartoon. of course i will reference your good self and this great blog.
thanks for your ongoing support.
many blessings.
jon :-)

Slate online magazine has a piece on how pervasive cynicism has made "Kum Ba Yah" a target for scorn and derision.

Sad. What the world needs is another simple, happy chorus song. Flanders, Swann, we need you now.

Kendrick's stuff sits easily under the fingers of faltering organists, and for that reason alone it pulls its weight.

Once you've read his whole list of fifty, the intriguing question to ask is what would Britain be like if all the things he's objecting to on the list hadn't been changed.

Admittedly it is a bit baffling to this non-theist why Vaughan Williams was a great religious music composer. I suspect it is because he saw value in myths even if he didn't accept the myths as factually true.

Thanks for correction, Erp; sorry to imply his birthday was his year's mind — a rather Christian concept! — This year is the fiftieth anniversary of his death, whilst the day was his 136th bisrthday. Perhaps the mixup was one reason everyone wasn't dancing in the streets...

I think the key to the hymnwriting, Pilgrim's progesss etc, is that RVW was a deeply feeling man, albeit rather buttoned up. St Thomas Aquinas used to talk about four different types of truth, and some of them really moved him within, albeit not simple literal truth (Aquinas Class I). All he had to do to unlock creative power in the tradition was not go on a slashing attack with Occam's razor, and he was well away.

In other words a 'cheerful agnostic' (though one who did not partake in communion) and not a Dawkins' type razor wielding atheist:-) (though according to Bertrand Russell he was one when in university).

If I might ask, how do you react to the atheistic/agnostic who like church music whether it be organ playing, bell ringing, hymn singing and so attend? Do any discuss/dissect your sermons with you?

RVW probably mellowed and matured after university. Most people do! The experience of WW1 was traumatic for secularists ho espeoused the gospel of prgress, like Russell, as much as Christians; in some ways more so, since the Christians could at least say they had always believed human beings were flawed.

I have occasionally had very interesting discussions after sermons with people of all sorts, including agnostics, but it's not a very interactive medium, I suppose. I've found many church musicians and artists I have worked with were highly nuanced and thoughtful people, rather than crude fundamentalists.