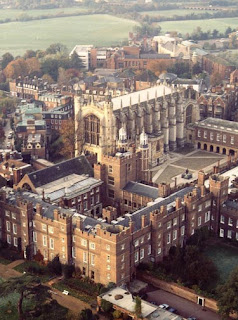 Yesterday I visited Eton College, to confirm 35. Music as fabulous — the Langlais Messe Solonelle. There, in the room being used as a vestry, I noticed an extraordinary full mural, one of the earliest secular paintings in England. 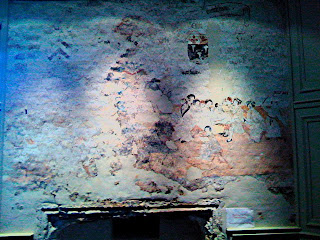 For over 350 years it was hidden behind Tudor panelling. Dating from soon after Eton’s foundation in 1440, It shows William of Wykeham’s foundation at Winchester (Left) and Henry VI’s at Eton (the two coats of arms), with a 15th century schoolmaster and pupils. 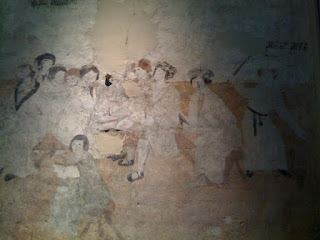 There is writing on this wall. I may be wrong, but I think I caught a significant bit of Terence “Aliud legunt pueri, aliud viri, aliud senes” (“boys, men and elders learn in different ways.”). Some aspects of education have changed, like the stick with which the master drives his pupils, but one basic principle shines through 568 years — connecting with the potential of the pupil as the person they are. Everyone, at all ages, learns in their own way. 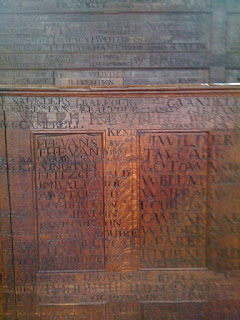 That is actually what this extraordinary place is all about. Laying aside inverted snobbery, visits to Eton College always intrigue me. Many of those whose names are carved in the school room have shaped our national life over more than 500 years. Yet Eton is a thriving, and surprisingly effective, evolved community. Nobody today would require a full time chair of governors, a fomer head, to share a stately home with his successor... However, it works. 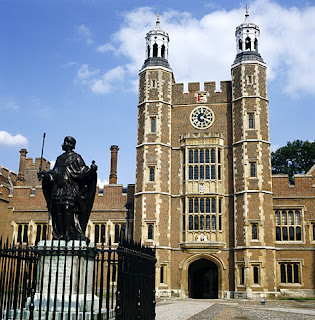 It’s is a phenomenally subtle, understanding and humane learning environment. For all the strange traditions, there is deep commitment to developing people as they are (à la Terence). Stability, deftly worn, begets creativity. This place remains an antidote to the silly end of contemporary education — the tickbox mentality, churning out clones by the yard. 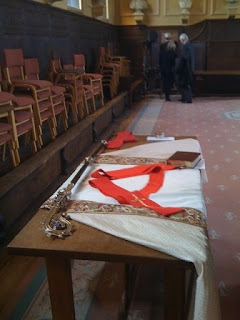 There’s also a real desire to deploy the strengths of a mature community (or rather network of communities — 25 houses and College) creatively and positively for the future. There is a fudamental commitment to excellence, a big community development programme, and an awareness that people come out of themselvess in completely different ways. Eton has Muslim, Hindu and Jewish Tutors alongside its Christian chaplains. College and diocese are working together to make this country’s first 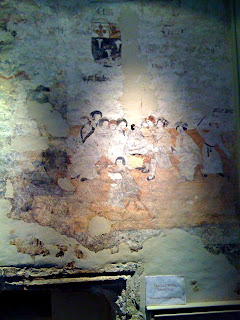 open residential centre for interfaith dialogue among young people. We are actively recruiting a director, and hope to get going in earnest next year. The more this partnership rolls, the more passionately I feel this project has a unique potential for connecting people and offering hope at a point in our national life where there is a lot of ignorance, foolery and hype. I’m sure it will facilitate real learning for life; and suspect that Henry VI, King behind the plaster, would appreciate what we’re trying to do here...