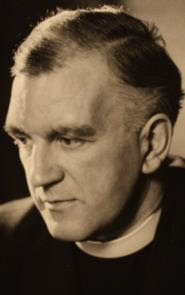 Sad to reflect on the death of Canon John Fenton (Times obit). His gentle presence and sharp thinking sparkled, provoked, healed and stimulated on every level and with every kind of person. I only knew him near the end of his ministry, well after his short back and sides days, but remember vividly two occasions in the nineties on which he cheerfully turfed out from Oxford to the far end of the diocese to have lunch with an improbable bunch of bored and slightly stroppy vicars in our deanery chapter. 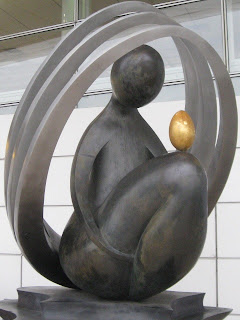 Wind him up and off he went. We splashed about and played in the text of Mark’s gospel which John knew backwards and inside out (to the level of word counts). John showed how Scripture as is, with all its order and disorder, compexity and subtlety, is far more engaging than attempts to stitch it up into a compendium of proof texts can ever make it. Paranoia drives people to pull out soundbites to buttress their ideas about God, neatly packaged out of the messy text. These are then used as the weapons of zealotry. John showed what you miss when you do that — the glory of the text itself. 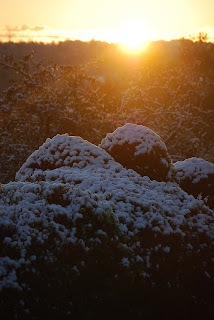 Gregory of Nyssa said “Concepts create idols — Only wonder understands!” That’s what I learnt from John Fenton, and I feel poorer in a world without him, and look forward with more anticipation to the life of the world to come, in which we all get to splash and play in the fulness of God’s wisdom; the day on which we all step outside time, but I shall still, I think, have a few questions to ask John...
Posted by Bishop Alan Wilson

For a brief period while I was in Oxford John was my spiritual director, I remember him with affection and for his wise advice to a young ordinand. May he rest in peace.

I wish I had known him on this level, rather than simply as a character at the Cathedral and in the diocese — John seems to have left a trail of people all over the diocese who would concur with your experience. I also remember that relationships between diocese and Cathedral were not brilliant when John came — perhaps the geometry of the Oxford diocese is so weird about this it cannot be otherwise. But John was a healing presence, who went way out of his way to bridge the gap.

Thanks for the memories.

I was a student at St Chad's College, Durham, when he was principal there, and that too was long after his short back and sides days, even though it was over 40 years ago now.

Perhaps my strongest memory is of reading him asn essay he had set on "Jesus and the demons". He was a Bultmanite, and said at the end that i still hadn't said whether i thought that demons exist or not. And I said that I didn't think it was important, and in fact was a distraction from the main point. When you've been run over by a bus, the most important question is not the philosophical one of the existence of the bus.

So we disagreed theologically, but he was a super bloke.

John was indeed a super bloke. I’ve got lots of random memories of him from my days at Chad’s and subsequently, many of which have been recounted by others. But I don’t think that what follows appears in any of the recent appreciations or obits.

I was present at a study-day in Oxford at which John was musing about “the God who hides himself”. Said John,

“If the Invisible Man applied to be a Head of House, the people making the appointment would probably say something like, ‘Well, you’re obviously very well qualified and experienced and you’ve got an excellent publication record, but one of the functions of the Head of House is to be seen around the College – so we’re afraid you’re not exactly the person we’re looking for’. But God isn’t like that: He doesn’t reveal Himself; we’ve got to find Him for ourselves.”

Typical John: making an important point in an arresting and memorable way.

Frank, thanks so much for a wonderful story. I can well imagine the scene! The combination of slightly alternative and yet profound is very John. I suppose slightly self effacing gave him a lightness of touch you don't find in many of today's heavyweight theological protagonists for this and that.