So long, then, John Updike 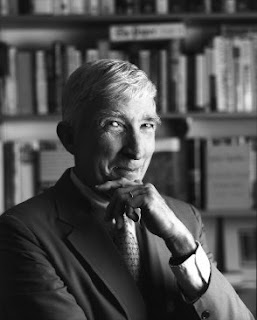 Since Roger’s Version, back in 1986, with its crazy notion of someone who thinks they can prove God on a college computer, and a sex scene with Tertullian on the side, I’ve been intrigued by John Updike’s playful mix of high theology well hidden, Song of Solomon sex scenes, and down-to-earth honesty about the frustrations of suburban captivity.
John McTavish says Updike was 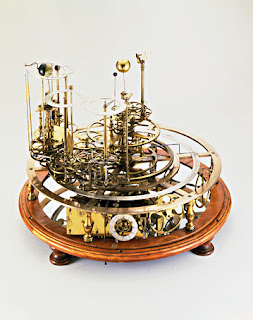 a Christian, but not a Christian novelist in the sense that his work forces an explicitly Christian message onto the reader. On the contrary, precisely because Updike is a Christian he believes the novelist should portray the human condition with unsparing honesty, expressing his "basic duty to God" in writing "the most truthful and fullest books" he can. 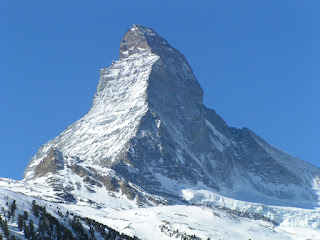 Updike slept with a well-thumbed copy of Karl Barth’s Commentary on the Epistle to the Romans by his bedside. As you do. Clear Christian conviction, with zero pietism, underlay everything he wrote, like the drums in a jazz group. He produced some genuinely fresh expressions of faith:

if the first article of the Creed stands, the rest follows as water flows downhill. That God, at a remote place and time, took upon Himself the form of a Syrian carpenter and walked the earth willfully healing and abusing and affirming and grieving, appeared to me quite in the character of the Author of the grass.. No time to write a learned essay like the tremendous ones by Ben Myers and, especially, John McTavish, but could we all spare a reflective moment for an Updike poem about resurrection?


Make no mistake: if He rose at all
it was as His body;
if the cells’ dissolution did not reverse, the molecules
reknit, the amino acids rekindle,
the Church will fall.

It was not as the flowers,
each soft Spring recurrent;
it was not as His Spirit in the mouths and fuddled
eyes of the eleven apostles;
it was as His flesh: ours.

The same hinged thumbs and toes,
the same valved heart
that–pierced–died, withered, paused, and then
regathered out of enduring Might
new strength to enclose.

Let us not mock God with metaphor,
analogy, sidestepping, transcendence;
making of the event a parable, a sign painted in the
faded credulity of earlier ages:
let us walk through the door.

The stone is rolled back, not papier-mâché,
not a stone in a story,
but the vast rock of materiality that in the slow
grinding of time will eclipse for each of us
the wide light of day.

And if we will have an angel at the tomb,
make it a real angel,
weighty with Max Planck’s quanta, vivid with hair,
opaque in the dawn light, robed in real linen
spun on a definite loom.

Let us not seek to make it less monstrous,
for our own convenience, our own sense of beauty,
lest, awakened in one unthinkable hour, we are
embarrassed by the miracle,
and crushed by remonstrance.

Now that’s theology for now! It doesn’t come from tinkering with the crown jewels, or swapping tough diamonds for smooth glass; you cut ’em rough and set ’em playfully where they belong... in the midst of life.

Bishop Alan, although it may not be a learned essay like the two you mention (which I have not read, yet), it's still quite a good tribute to Updike. The poem is wonderful and much in tune with my own thinking.

You chose to include a painting, which is one of my favorites, and which, along with the account in the Gospel, inspired one of the poems in my meager collection.

Updike read Kierkegaard, along with Barth. I've wondered if Rabbit is a type of K.'s Climacus.

GM, thanks for a brilliant insight. I am now feeling I want to take a couple of Rabbit novels to re-read, and a Kierkegaard reader off on review/ retreat next week... !

JU spoke of God through radical realism, even the sordid/ trivial realism of the 'burbs, not because it's the best way, but the only way for most people. It would be lovely to begin beuilding the house from the roof down, but it's not an option. Building the household of faith starts with digging where we are

"Now that’s theology for now! It doesn’t come from tinkering with the crown jewels, or swapping tough diamonds for smooth glass; you cut ’em rough and set ’em playfully where they belong... in the midst of life."

Great poem and lovely language you follow it with too.

Many Thanks, Elspeth. Definitely a year to read another rabbit again!

I may have to revisit Updike now; but even as a teen-aged girl, I loathed his portrayal of women. You see Songs of Solomon; I see women-as-meatsocks. His work never said anything to me, ever, so your enjoyment is .. challenging. Great poem, though.