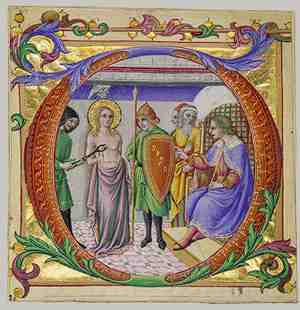 How, and what, do we witness against the world? Mass for St Agatha’s Day raises this interesting question, particularly significant, if we live in places people are free to be Christians, and the state is not out to get us, as such? What idols and oppressions do we protest, on a meta level, in our Western liberal democracies? 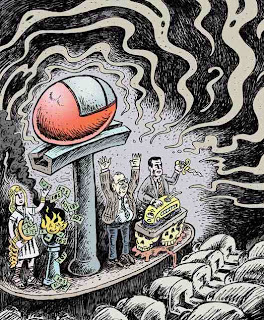 Peter Klausler is a Computer Scientist, Mathematician by background, who draws attention to what he calls “The American Cargo Cult” — a series of false, crazy, but near-universal, assumptions tacitly underlying public debate and what’s said and unsaid by the media, and how. He’s produced a thought-provoking hit list of worldly evils, summary below, which we may want to protest if we don’t want our brains to turn to Jell-o:

I wish people would use US when they mean United States instead of American -- there is north, south, and central america - all americans.
And I don't think this is "American" (that is only US) but a problem for many cultures.
Here endeth my rant.

Sorry, Ann. I take the point entirely. I think I was decoyed by Mr Klausler's usage... and I agree the problem is far broader than the US or "America" ...

He does have some good points to ponder tho.

One more thing along these lines - Derek Olsen's essay here.

Thanks, Ann. I really liked the Derek Olsen piece, which gives a whole new dimension to the question by bringing in our old friend possessive individualism. Highly recommended!

Whether it's USA, American or cross-cultural, it sure sheds some light on my friends J Mark and Phil W Brewer's approach to doing business!!

Without checking Peter's dates for this, it is uncannily similar to almost everything Nick Davies published in his book, Flat Earth News, and which Ron Susking also discussed in The Way of the World. Definitely not USA-only; but there's no question that complex explanations and analyses used to be unpopular in the White House until recently.

Many thanks for the Nick Davies link — I am much impressed by Nick's thesis (http://bishopalan.blogspot.com/2008/03/gay-wmd-and-millennium-bugs.html). I'll check Ron Susking again. H. L. Mencken (I think) said, or at least should have said, years ago, "To almost every complex human predicament there is an answer that is simple, neat and wrong."

Sorry - Suskind, with a d - I keyboard, or type, terribly. you won't find a Susking with a book by that title (but do look it up, as it's a cracking and hopeful read, well-written). God bless.