Conversion: Seeing from Inside out 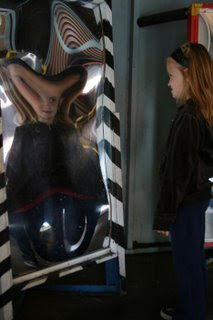 We see everything, even ourselves sometimes, from the outside in. God sees us from the inside out, knowing all we could be. Faith shows us ourselves from God’s point of view. Nice middle class people like me have relearned from Jade Goody that you have to see the person for all they are, and not be taken in by appearances. If she had never had Cancer, how would we have learnt to respect her? Only by questioning our own assumptions, and thinking different. Magdalene is 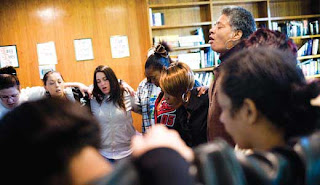 a two year residential and support community for women coming out of correctional facilities or off the street who have survived lives of abuse, prostitution or drug addiction. Begin in 1997 in Nashville TN, Magdalene offers women at no cost a safe, disciplined and compassionate community in which to recover and rebuild their lives.

Two things particularly interest me about this community. 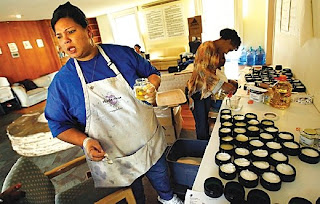 Magdalene was founed by Becca Stevens, a priest then working as a University chaplain at Vanderbilt. Now it’s run for 10 years, this work has things to teach us all about discipleship, community and personal transformation — in other words, the Gospel we profess, but realise so imperfectly. The community has boiled what they are about down into 24 basic principles, formulated in plain English and illustrated by experiences from members.

Everything begins with a willingness to see others, eventually even ourselves, differently. Doing this expresses the Benedictine Value of Conversion. The call to do this reminds me of an old poem by Edward Thomas (1878-1917)
A Gentleman

“He has robbed two clubs. The judge at Salisbury
Can't give him more than he undoubtedly
Deserves. The scoundrel! Look at his photograph!
A lady-killer! Hanging's too good by half
For such as he.” So said the stranger, one
With crimes yet undiscovered or undone.
But at the inn the Gipsy dame began:
“Now he was what I call a gentleman.
He went along with Carrie, and when she
Had a baby he paid up so readily
His half a crown. Just like him. A crown'd have been
More like him. For I never knew him mean.
Oh! but he was such a nice gentleman. Oh!
Last time we met he said if me and Joe
Was anywhere near we must be sure and call.
He put his arms around our Amos all
As if he were his own son. I pray God
Save him from justice! Nicer man never trod.”

This is the first of three posts about the core Benedictine virtues of Conversion, Stability and Obedience, reflected in the Magdalene Community of Nashville, TN.
mirror photo: credit Michelle’s Photoblog

Thanks for the fascinating post. I've been interested in the Rule of St Benedict ever since I was invited to speak at a Baha'i summer school which happened to be taking place at Ampleforth College. I read up on the Rule before going there, met the Prior, and attended one of the monastic offices. What I liked was the way the Rule brings together work and worship - this resonates with the Baha'i approach to work and worship and makes a great deal of sense.

It is very interesting to see how the Rule can be brought into play in non-monastic settings like Thistle Farms.

And I agree wholeheartedly with the lesson many of us need to learn from Jade Goody. Everyone is a love letter from God, no matter how crumpled or dirty or flamboyant or odd the envelope. We need to open the envelope and read the heart's message.

'If she had never had Cancer, how would we have learnt to respect her?'

Thanks, Barney, for expressing the idea so clearly. One of the things that fell off the back of Philip Johnson's new book about Eastern (Syriac, Jacobite, nestorian) Churches was the rich and charitable cross-fertilization between Eastern monastics and Sufi Islam in its formative period. authentic Mystical informs and can transcend dogmatic; when people forget that, trouble starts. Steven, thank you. Magdalene is an intentional community founded on what you suggest, a living example of re-envisioning happening in the lives of people who have been rubbished by secular society and even themselves.