None righteous, no not one...

New Horizons in Infamy, as the Telegraph reveals that one Labour MP tried to claim £5 to put in the plate in Church. The whole country is now one seething cauldron of self-righteous rage and scorn, aimed at MP’s. Now we know all about their garden gnomes, tennis courts, staplers, dictation machines, chocolate santas, envelopes, and dogfood. Hang on, staplers dictaphones and envelopes, are legitimate office expenses. But what the hell, they’re MP’s and they should pay it all back anyway.

MP’s allowance fraud is a really significant story, and it was very important to draw it to public attention, and all dishonest politicians everywhere should be held to account, espeically the ones who have been playing hooky with houses. That said, Some of our boldest crusaders for righteousness have their own dirty underwear, and I don’t just mean their lunch expenses. 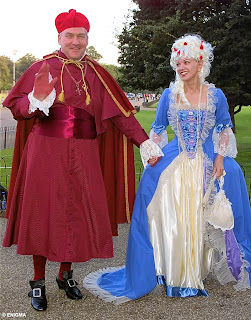 The last owner of the Daily Telegraph, for example, has been inside for fraud, having charged such items as FDR memorabilia and Cardinal Richelieu costumes up to his expenses. The way in which various present Fleet Street owners flip their homes for tax purposes is not as well known as it could be. It takes one to know one, I suppose. Squirming under a shower of filth, England tried to cheer itself up by following the antics of breakdancing East End pensioner Fred Bowers: 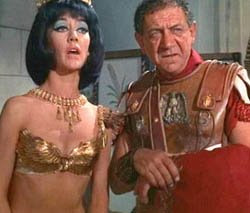 But now we learn, allegedly, Fred has been claiming £70 a week Disability benefit. He says his left leg is in fact disabled, a kind of still point in a turning world thing. This is giving me some misgivings about flooding parliament with unknowns and retired celebs.
People who aren’t atually MP’s can apparently be as bent as people who are. The Fall turns out to be stone cold sober truth; to quote the late great Noel Coward “Everybody is bent, Camp Freddie.” 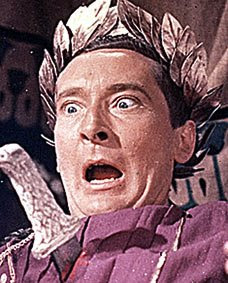 Here’s the heart of the matter. We could develop yet more labarynthine and draconian regulations, guidelines and allowances to stop this kind of behaviour, but I’ve another suggestion. Brits have gotten into the habit of treating the ten commandments as obsolescencies in our Secular Brave New World, but they do have a certain resonance just now. “Thou shalt not steal.” “Thou shalt not bear false witness.” “Thou shalt not covet.”

Not exactly rocket science, are they?

But they do seem to reach some of the parts that regulations, guidelines and codes of practice don’t.
Posted by Bishop Alan Wilson

I am interested in the concept that everyone is basically dishonest?

I think that some people are dishonest, many in ways that do not involve obtaining money by deception of one sort of another. There are more insidious deceptions out there, one such as parents pretending to live in an area to get a better school for their children.

This type of dishonesty, shows that people, otherwise honest, are prepared to bend the rules to ensure a better future for their child. Are we forcing them into dishonesty?

Perhaps this is a commentary on the type of society that we have evolved, where we are not prepared to resource all schools to ensure that all children have the same opportunities in education and development.

I find it sad that we have come to this - your root and branch reform, based on the 10 commandments is perhaps timely, but will fall foul of human rights, health and safety and a thousand other rights that we all know, without the responsibility.

But if you are standing on this ticket, you would get my vote.

UKViewer
it's not so much about the 10 Commandments but about our apparently innate need to scapegoat, to refuse to see the truth about ourselves.

If religion can contribute anything meaningful at all here it's not the insistence that external laws should be kept. If anything, that can encourage scapegoating.

Rather, it's the truth shown so starkly by Jesus himself, that scapegoating does not work, that it solves problems only temporarily, and that dividing people into Them and Us, Guilty and Righteous is one of the most dangerous things we can do.

I think you're right, Erika. Thanks very much. I think I meant the 10 commandments make a good basic measuring stick, rather than an absolute solution to the problem of human failing. The danger of Scapegoating is what got me energised about Fleet Street owners' behaviour — not that it's especially naughty, but just that we're all in this together. I found a hilarious example where one of the people billed as Saints in the Telegraph for expenses, Martin Salter from Reading, who I believe is a good MP, was hauled up on another occasion for using envelopes on party business and pointed out everybody does it and has been doing it for years...

The only rules that work are internally held ones, perhaps. That's how several MP's managed to get by in life without even considering getting themselves all the exceptional items that got others into trouble.

"It's not so much about the 10 Commandments but about our apparently innate need to scapegoat, to refuse to see the truth about ourselves."

Erika, thanks for the commentary. Perhaps I see things to much in black and white, rather than the grey in between. I would be the last to say that I have never sinned. We all do, everyday, even if it is only of ommission.

I to cannot see the point of scapegoating people, but the Media and the Public seem to take pleasure in doing so, perhaps it is the same as the days of Public Hanging, which was a spectacle and viewed by many as good entertainment, it appealed to the base person inside, which we fight all the time to overcome.

Bishop Alan, I acknowledge that the majority of MPs are there to serve the public, the tragedy is that some seem to have gone native and followed the lead of those who abused the system, I believe that one was quoted as saying "It was Expected" (sorry can't remember who)

Even Michael Howard is outraged today over the exposure of his Legitimate expenses, and a very good Labour MP, Glyn Prosser (Dover) has been labelled by the Media for one instance of employing his brother to do some work.

Where I live, the ongoing saga of Derek Conway, disgraced last year rumbles on, with him still claiming over the top expenses and refusing to go, even after having the Whip withdrawn and being sanctioned by Parliament.

Ditto, although I may have said things slightly differently.

Thou shalt not steal.

Are we allowed to take crops from a farmer's field without paying or asking permission, provided we are hungry?

And what should be the penalty for breaking the commandments against theft, murder, adultery or perjury?