Sister can you spare an Enzyme? 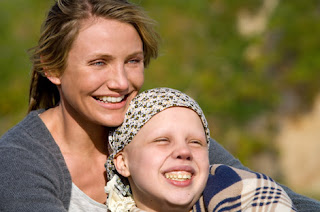 My Sister’s Keeper is a Weepy, OK, and if, like some of our household, Transformers floats your boat, it probably won’t be your movie of the year. However it combines superb acting, beautiful cinematography, and clean, sensitive direction. The film delivers some very special things — characters you care about who dance deftly round the edge of an emotional precipice without falling off. The big question throughout is the one New Yorkers thronged the docks asking as new installments of Dickens arrived in 1848 — “Is Litttle Nell dead yet?” Somehow they bring it off without seeming grossly manipulative. 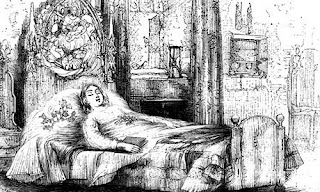 A brilliant film then, but what’s missing? I can’t quite work out what it is. I haven’t read the Jodi Picoult novel. It may be that this movie lacks a twist at the end, but I doubt it. A version of Titanic that ran for an hour until the captain said “I gather there are Icebergs about. Let’s heave to for the night” would gain a twist, but who would want it? Something's not quite there about this movie on a deep, tectonic level. 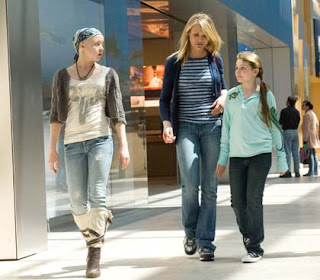 The whole test tube baby manufactured life theme is a bit weird. How did wonderful people like Brian and Sara manage to bring a child into the world for the sole purpose, apparently, of providing their older daughter with spare parts? Perhaps they would never have come up with the notion without their family Dr Frankenstein in his wacky kiddie-doctor ties. It’s pronounced Frunken-steen, definitely, but the whole notion is a wee bit revolting, and leaves me wondering how little Anna grew up so normal under such a cloud. Being played by Abigail Breslin, the greatest, most gifted and empathetic kid in Hollywood, must help. She does deep as well as cute, and this is good news. It could be we just don’t know quite enough about how life would have been for this golden family if little Kate had never gotten cancer in the first place.

Perhaps this is a pro-Life versus pro-Choice pediatric Kramer versus Kramer, with an assistance dog thrown in. If so, it’s a new genre anyway. If I had more basic and extreme views in terms of the US life/choice thang, I might have sat closer to the edge of my seat. As it is, we know only too well that real life is complicated, usually messy, sometimes random and tragic. Book of Job questions lurk in the background, and without giving away too much of the plot, I was glad that virtues I hold dear, family love, honesty, and mutual respect won a kind of dark victory in the end.
Posted by Bishop Alan Wilson

I've read the book, but not yet seen the film, so can't compare for the opposite reason!!

Like Lucy, have read the book - on the schedule for our book group last year. I shall look forward to seeing the film.
As you say, good to watch after working our way steadily through the Book of Job during the Morning Office these past few weeks!...

Lucy, Paul, you've got me interested in reading the book now! I'm intrigued by the twist in the plot people mention. I suspect this is one where it's worth doing both.