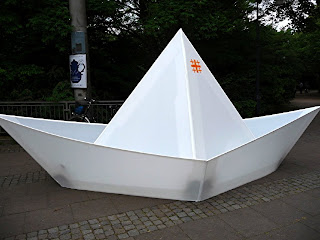 Three thought provoking posts floated out of the blogosphere today, which say something very imortant to me about what our Church is, and what it is called to be, and how, in different ways. First up, a bon mot from Martin Jackson, parish priest of St Cuthbert Benfieldside, Co Durham, drawn from the annual Durham clergy gathering, on the immortal pairing of nostalgia and pews. As plans were drawn up to remove some, wailing arose:

“Someone died in that pew.” To which the parish priest had replied, “Then it had better go before it kills someone else.” At which another priest leapt to her feet and shouted, “Let me have it - I can put it to good use in my parish.... 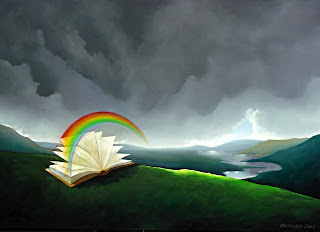 This led to a beautiful and extraordinary post from Kelvin Wright, a New Zealand priest who has been going through profound personal, spiritual, and ecclesial testing. Visiting Kent after a period of great uncertainty and disillusionment, he reflects profoundly on the meaning of the Church of England in its historical and cutural contexts: 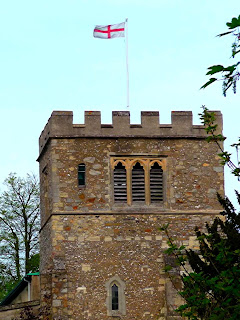 Journeying to England has been an experience of the things which set this European country apart from the rest of Europe. A different currency, system of measurement and language and a deeper rigour about immigration matters are only part of it. In the rest of Europe you see the European flag flying as often as the national flag. Not in England. Here it's Union Jacks all the way, proclaiming a sense of difference and independence which is mirrored in the relationship of the Church of England to European Catholicism. This is a different church. Quirkily different. Proudly different. Sometimes different just for the sake of being different. 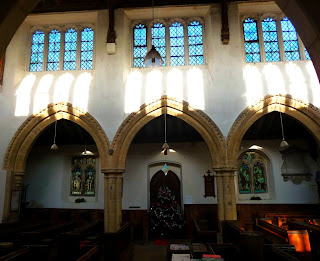 The Church of England is like that most English of jokes, a curates egg. Parts of it are excellent. The new life bursting out of Holy Trinity Brompton and the deep spirituality of Walsingham could not be more different but they are held in the same organisation and both are inspiring. I have been in dozens of small churches, though, where a tiny congregation struggles with the upkeep of their much beloved ecclesiastical museum (aka the parish church) 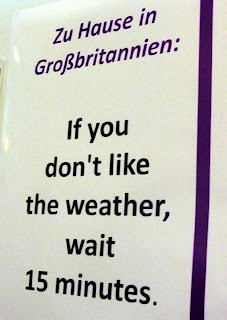 with diminishing resources of money and personnel. I have seen both the church's impotence in the face of the increasing social and economic malaise which seems to be engulfing Britain, and her small courageous, and often ingenious attempts to make a difference. But it's the history which has helped me to understand the current Anglican church. 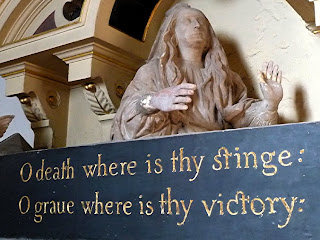 The church here is old. I met a vicar who spoke of the damage done to his parish church by "the invasion". He meant the one which took place in 1066 but he spoke of it as if it was last week. In every place the plundering of the dissolution, the ravages of Viking longboats and Luftwaffe bombers and the vandalism of the puritans have left their mark, and the current parishioners are dealing with them still. This is a church which has been part of the fabric of the society around it, and where the demands of being a social institution and of being the body of Christ have caused constant tension. Sometimes the church has become more a part of the social fabric than the spotless Bride of Christ, and it has failed. Sometimes though, it has been a witness to the Gospel in the face of hardship and oppression and sometimes the Spirit has caused rebirth, even centuries after a seeming full stop. 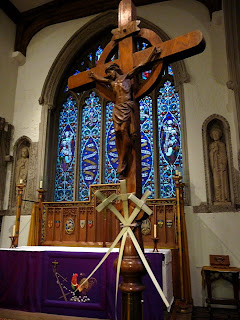 Unsurprisingly, it is where there is a continuing practice of spirituality that the church has flourished. Where there has been prayer, fasting, pilgrimage, meditation, social responsibility and almsgiving the Church of England has thrived. It has also thrived where there has been disciplined, holy, fearless leadership. To see the marks of the Church's history and to hear the stories has been to encounter this deep vein of spirituality and to feel again the influence of her sainted leaders. Where this rich seam is refound, as on Iona and in Mother Julian's cell, the 21st Century church has risen, seemingly invincible, from the ashes. It is this, the great treasure of our church, that I have glimpsed, and which I know to be the only hope of my own diocese and of the Anglican Church of Aotearoa/New Zealand. 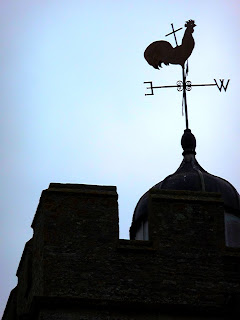 I was raised a Methodist and chose to be an Anglican. After this month in England, I choose still to be an Anglican, but I know that much of what occupies our church and seems so important in our councils is froth and bubble: the detritus rising to the surface from the ongoing struggle with our wider culture. I choose to be an Anglican, but know that the only way for my own faith and my own parish to be viable is if I try to dive deeper and find the cool streams beneath. This seeking the depths must be what forms my ministry in this, the last decade of my life as a stipended Anglican priest. Which brings me to reflect on the third thread of my own journey: that inward one of my own soul. 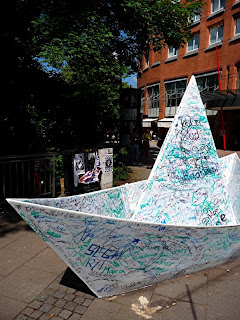 The simple fact is you can’t write a cheque to “The Church of England” because it doesn’t, in any simple corporate form, exist, let alone had a bank account! What does exist is a messy bundle of several thousand ancient and modern trusts and corporations in context — and this reality is what Kelvin has captured. Those of us who live within it seldom see it anything like as clearly as he does from the outside.

That’s why detractors or zealous reformers can make no sense at all of the Church of England, as long as they imagine it is some kind of simple denomination or corporate organisation like Microsoft. Should it be more of that? Reading Kelvin’s beautiful reflection, he has captured a truth that would be profoundly threatened if it ever became so. In times of uncertainty and frustration, it’s easy to be attracted by autocratic models of church, Catholic or protestant, but they bring problems of their own.

Which brings me on to a thought from Ecclesologist and priest Nathan Humphrey, from St Paul’s K Street, Washington DC. A major custard pie fight has been going on in the US and elsewhere between Optimists and Pessimists about Progress. The Custard flying from Left to right is Justice-flavoured, and the Custard flying Right to Left is Orthodoxy flavoured. Custard is fun, but you can’t live on it; and this custard is largely sterile. In these circumstances, Nathan questions the facile use of terms like “inclusivity” — Inclusive of who, and why, and how — and concludes:

More and more, I am tending to think that any church that is not robustly ideologically diverse (that is, where there are safe spaces for conservatives and liberals to engage in dialogue, discernment, and conflict without the threat of broken communion) will end up a "niche church." 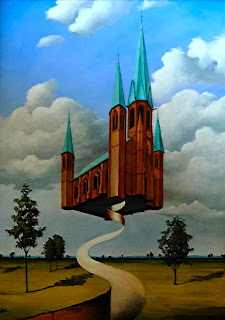 Diversity for diversity's sake is not an inherent good, nor does it necessarily promote justice. Diversity for the sake of maintaining a space wherein all may patiently form relationships with each other that will be mutually converting is more likely to lead to a fuller expression of justice, truth, and evangelical mission than any "niche" where everybody thinks like me.

The Church exists to be a humble delivery system for a greater Kingdom, within which human and divine truths can meet, try to recognise themselves, and, on a good day, take flesh. The ways they do this will be as quirky, occasional, and inconsistent as the human beings involved. But if you cut the human beings out of the picture, as they are, you exclude the people — and it’s the people God loves most of all, just as they are, but loves far too much to leave them that way...
Posted by Bishop Alan Wilson

I've just discovered your blog a few days ago, hope you don't mind me commenting.

These are really helpful thoughts, especially as i come to the end of my deacon year in Exeter Diocese... just been spending some time reflecting on the ideas of 'unity without uniformity' and the tensions between being gracious and being right...

I find this post is one very good reason why I chose to be a member of the CofE.

Coming from an RC background means that I was steeped in a type of discipline and format and doctrine, which similar, which is just so radically different.

The CofE is a haven which welcomes and accepts all waifs and strays, without demur, and provides a framework through Scripture, Reason and Tradition, which allows you to grow and think and learn and to develop the personal relationship with God which is central to Christian faith

All is new and fresh - which might seem strange to a 2from the cradle CofE member (such as my wife)" but the depth of spirituality and faith which abounds is unmeasurable but an inspiration for me to follow God's path for me to test a vocation.

This won't be the most erudite comment you've ever had, but I feel compelled to point out that the killer pew story nearly killed me with laughter too.

Wow. Thank you. I often wonder why I stick with the C of E when it seems to treat so many of its people like disposable assets ... this reminds me why ... because we have a God who doesn't and a history that shows it.