A. Hitler: Brad’s part in his downfall 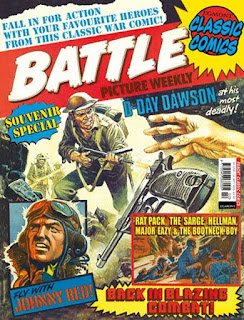 aka Inglorious Basterds, is Quentin Tarantino’s latest outing. It’s a rumbustuous but finely engineered send-up, not of World War Two, but World War Two movies with their ludicrous pig-dogs, dirty dozens, and Gestapo dentists. Everybody in the film parodies his or her character all the time, pretty superbly. Young Brad Pitt maintains an Alamo toughguy chipmunk sneer throughout — a considerable achievement. 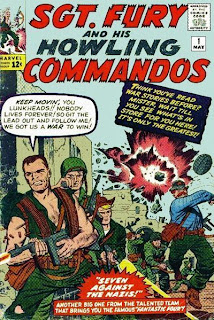 The film includes historical personages, but, history, Ranke’s “wie es eigentlich gewesen” (“What actually happened”) is merely the sandbox in which Tarantino plays. His chosen idiom is crude Spaghetti Western, with a ton of wry filmic homage thrown in, and playfulness with the film plane as well as the actors.
The rabbit that works the controls in Tarantino’s brain is one sick bunny, but functioning at the height of his game. 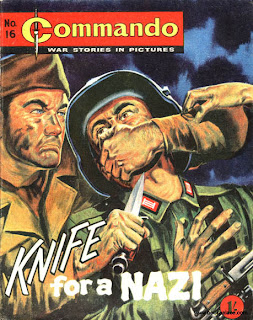 By way of health warning, If you find Tarantino unwatchable, this will not disappoint you — ditto if you find his films unmissable. Should you have ever have been tempted to write to the BBC complaining that last night's Sergeant Musgrave of the Buffs was portrayed with eight buttons on his tunic whereas any fool knows the Buffs wore nine buttons on their tunics during the peninsilar war, every second of this movie will really annoy you — Not one for military history buffs, then. 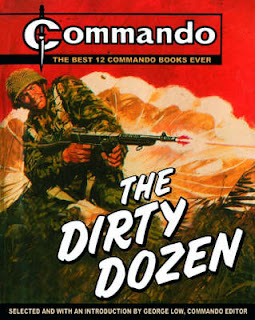 The violence is nasty and brutish, but mercifully short for Tarantino, whose Spaghetti Western spends more time building up tension than shooting it out. After years of believing the Americans won the war single handed, it turns out to have been the Jews. There’s a lot of play on languages — subtitles used or not to draw you into lead characters’ awareness of what‘s going on. If you speak French, German and Italian, you will really be in the know, but even if not there are plenty of subtitles. Anyway, a pistol shot in the cujones is pretty much the same in any language. 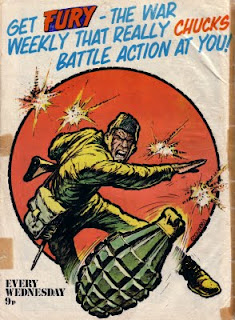 Sorry to mention the war, but what might Germans think of this movie? Could breaking the mould of WW2 movies be rather refreshing, in fact? Everyone in this movie is equally nasty and amoral, and I imagine many Germans will be up there cheering along the final reel’s magnificently silly carnivalistic Götterdämmerung, along with everyone else still left in the Cinema. Characteristically for Tarantino, Five out of five Stars — or Zero. Additional proof that there’s no such thing as typical Tarantino...
Posted by Bishop Alan Wilson

Although I think Tarantino is brilliant - I am in the "can't watch his movies" group. Did you hear this interview, with him - Pulp and Circumstance, interview on Fresh Air with Terry Gross.

I saw the movie the other day. I loved it. I regret not being able to take my twelve year old stepson to it because it would give him bad dreams and desensitize him - even though it's a twelve year old brain which clearly sits in the driver's seat in this film.

Thanks for the reference, Ann — the Terry Gross interview is very good. Being of a historical disposition I didn't particularly look forward to the latest, but enjoyed it overall. All twenty-somethings and associates in our family think it's brilliant in every way, so my reticence may be a sign of advancing age... There's something just a tad too pleased with himslf about Mr Tarantino, perhaps.

The amorality grates, but the rather pelagian moralism of the UK War Movie genre does too. I don't think seeing ourselves as the unconditionally good guys in war films, just for being ourselves, has blessed the English. To that extent I think this movie moves the genre on to possibly more fruitful places

RR: No offence intended to Wabbits. I think I agree there is something of a teenage mentality behind QT's film... and I really don't mean that in a disrespectful way at all — I mean energy, enthusiasm, sillyness, freshness of vision, boundlessness, as well as immaturity.

Um....so those five things you mentioned at the end of your reply shouldn't be listed as attributes on a job description? You think that would bugger my chances for ecclesiastical preferment?

I'm gonna have to start getting better advice.

Way back when, I remember reading an article by Bryan Appleyard comparing Natural Born Killers/Oliver Stone with (I think) Reservoir Dogs & QT - the essence of which was to say that both had similar sensibilities but QT was a filmic genius. I still think that's true, and just wish he'd grow up just a little bit. He really does come _so_close_ to being a genius.

RR - not enough wabbits in high places in church. Too many diplodoci and the occasional waptor.

Thanks, Sam. Perhaps we can await his future work with real anticipation, tinged by a fear growing up a bit may never happen. I share your hope it will, and am enjoying the ride for now.

Wonderful post Alan about a truly wonderful movie. Thank you. I relished every moment. It's great to see Tarantino back on form (cf. Kill Bill / Jackie Brown) and playing with our minds in such an outrageously up front and skilful way. Unlike some critics who reckoned that Brad was wooden, I thought he aced his portrayal, which to me was pitch (and sneer) perfect.