News: the March of Time I’m delighted to catch Ruth Gledhill’s characteristically clear, honest and illuminating talk from Religion and the News at Cumberland Lodge online — sadly I wasn’t able to join the consultation until the session after hers, and it’s good to catch up. Ruth observes, hitting a very important nail on the head, that the plane that crashes is inevitably a bigger news story than the thousands that land safely. Back in the sixties the BBC, beseiged by letters complaining that only bad news made the headlines, tried to run a programme called “The Positive World” that majored on good news stories. It lasted all of six weeks, if that, before bombing out, via the world service in the wee small hours. Sad, you may say, but this truth reflects human nature. 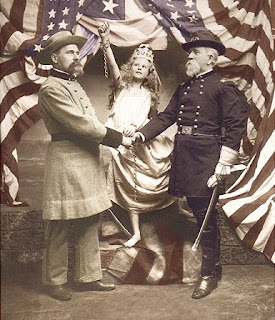 This ugly something about ourselves sometimes gets blamed on journalists, unfairly. You might as well blame criminal lawyers for crime. Without it they’d be out of a job, but that hardly makes them criminals. There is, however, a severe temptation for people selling stories — “you furnish the pictures, I’ll furnish the war” was Randolph Hearst’s legendary response to a correspondent’s report that Cubans were not, in fact, murdering and raping Americans left right and centre in 1898. The power Hurst weilded to shape the news was the direct result of the fact that in 1898 only press barons like him had the resources to get someone out to Cuba with a camera, and inflamatory pix back onto the streets of New York in hours. He had the steam press — the only technology to deliver news to ordinary people affordably. 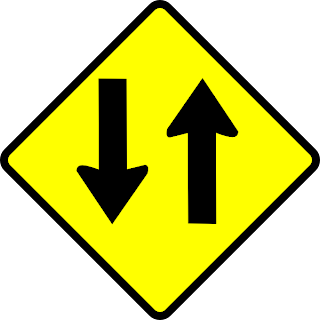 Now turn the clock forward. Pretty much everybody now has the technology to read or tell their own story; and there is no longer any need, or increasingly desire, to pay money for newsprint. I wonder what the new found ability of news targets to answer back does to the exclusivity of any story in conventional media, and what kind of accountability it will require of them. 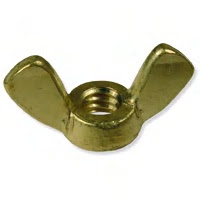 Looking at online newspaper sites, I wonder how they can raise the quality of outside comment on religious stories, rather than the rubbishy weary procession of same-ish comments from, e.g., about a dozen snarky atheists going on about sky fairies, with equally silly rejoinders. Many newspaper comments seem to come from small coteries of fans and people with axes to grind. Are the crown jewels of journalism changing — no longer the Hearst style news stories of the past century, but what conventionally would have been labeled op-ed?

The journalist whose work people may increasingly be bothered to pay to read will be anyone who manages to draw interesting comment out of ordinary life, rather than the person who zeroes in on potential conflict and drums up a war to go with it. Plane crashes will continue to make the news, but sexing up flights that land safely and pretending they were plane crashes just looks silly. Don’t sex up the material — go for depth, colour and connections. Don’t be anonymous, be yourself and own up to your biases. Above all slow down and reflect.

I was at a London mainline station at 2220 recently, surrounded by piles of newsprint waiting for the pulper. Someone offered me an Evening Standard, now a freesheet. Was I bovvered? The Daily Telegraph (£1) was giving away a bottle of mineral water free with each copy. This was a not inconsiderable offer, as the bottle itself cost £1·55 without a Telegraph. Reading the morning’s news fourteen hours on, noticing the only story I know anything about, the RC ordinariates one, the line between news and comment was so confused, the content so thin, slanted and childishly inflamatory, I thought “If this is supposed to be quality, why would I pay for these people’s take on stuff I don’t know anything about? I’d rather read people who do understand what they’re talking about...” 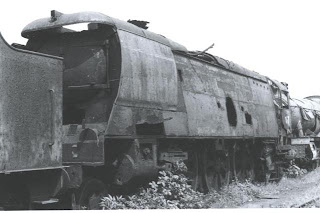 Human beings are insatiably interested in information. It’s perfectly possible to sell something people actually want or need on its own merits. You can, for example, buy a packet of Nurofen without having to give away a free DVD with it. But the fact people can only shift conventional newsprint with prodigous freebies says everything. If media barons had invested as much in quality journalism, as marketing ploys and production economies, they might now have rather more to offer. But good correspondent journalism takes time and immersion. It costs.

As it was, I had a very good book to read, and bought a hot drink instead, before getting onto a crowded night train home. 4 out of 65 people in the carriage were reading papers, all freesheets.

The delivery of information and news is pretty much down to search engines and the like, spiced by social media and with hundreds of channels of conventional radio and TV, led in the UK by the BBC.

So what business should newspapers actually consider themselves to be in today? Comment and Review, à la Huffington Post? If so they’d need to invest substantially more in journalists and quality. If it’s publishing, iTunes and Amazon are becoming lead repositories of all kinds of media, with increasingly blurry lines between them. Could newspaper groups invent new website activities to add as yet undreamt of value to our lives, within their clouds? Trouble is, Facebook and MySpace are leading the way on that one... Time for newspaper editors to get thinking caps on and start justifying their up to 1·6 million pound salaries, I would think...
Posted by Bishop Alan Wilson

Interesting piece. Mouse is also interested in the business of news. You mention the Evening Standard becoming a freesheet. Its interesting that this has happened under new ownership just as the previous evening freesheets are going bust. We're also seeing online news sites looking at micro-charging (i.e. charging a few pence for reading specific articles) rather than the current models of either wholly free content or subscription based charging.

The challenge is how to maintain quality, whilst competing with lower quality, but free, online content.

Mouse cannot help believe that high quality blogs (like Ruth Gledhill's) will obtain higher readerships than traditional newspapers. Some of the top political blogs are already competing seriously with broadsheets in terms of readership. They also make a decent living just from the blog.

I too was looking at the Evening Standard in Liverpool Street today and wondering why I was bothering to pick it up. I presume that next year Mr Murdoch will expect us to pay to read Ruth Gledhill's blog and filed articles in preference to free newspapers which are funded by advertising.

You make a good case for greater quality. I just can't quite believe that we are going to reach for paypal to access online papers while offline newspapers slide towards free. And there's always aunty.co.uk which our license fees have already paid for.

Thanks, Mouse. I think the (mouse-like) ideaof micro-charging is really interesting. Given the snippet style of a lot of newspaper content it might work better than expecting people to pay big annual subs. I think the FT model is interesting, but note its nursery slopes are very low cost. Also, FT info is pretty vital if you're in the money/ business business. I can't think a lot of the info in the Murdoch press is the kind of stuff people would pay for as info. If I really eanted to know Jordan's latest bra size, I think I'd just google it, not pay Mr Murdoch £250 a year. There are more valuable bits of info in the Murdoch stable, like Times law reports? But I believe that;s done another way these days.

I would, indeed do, pay for the Church Times (as a trade rag) and would continue to do so online, as long as it didn't become silly expensive.

I think the Murdoch charging model is fraught with dannger for his titles. I very much value Ruth G’s blog (and, in principle, her other work), but I'm not sure how much I'd pay to access it, given all the other good resources out there.

As for the religion bits of the Telegraph, I enjoy trenchant intelligent Conservative comment, but find blogs like Cranmer (and in the more in-house sphere Kendall Harmon's or John Richardson's) infinitely more intelligent and well informed. All they ever seem to have in the Telegraph is silly vituperation, largely aimed by obscure reactonary RC's at other shades of RC. What is "the magic circle?" I ceased to care years ago. Most of my RC friends just find it embarrassing, and I can't make head or tail of the in jokes half the time and am repelled by the general tone of bitchiness. Pay for it? You must be joking.

The whole charging thing is a fascinating experiment, John. I was trying to work out the other day whether the Standard does represent higher quality than the Metro, or whatever. Actually I think it did, a bit, still. I also suspect that in a year or so's time it will be the sole London freesheet, and will concentrate its distribution on a few premium City areas.

Aunty comes out of all this rather well in some ways. Rather like the C of E, the Beeb is an institution people spend a certain amount of time kicking, but it does deliver the goods, seemingly in greater breadth and to a considerably higher quality and at very much lower cost, than a Murdoch paper. It also engages in local journalism in a very engaging and community focussed way. Particularly at a time the foundations of other journalistic pay models are heaving under them, I do think there's an argument for some stability and quality which favours the BBC.

“If this is supposed to be quality, why would I pay for these people’s take on stuff I don’t know anything about? I’d rather read people who do understand what they’re talking about...”

The real question is how, in our ever more complex world, do we find the experts we genuinely trust, or rather, knowing that there are just too many fields and we all also have our lives to lead - who do we trust to do this for us?

If the newspapers no longer fulfil that function and if we all have to search our own pet suppliers of info on our pet issues, I fear we will end up becoming even more single issue focused than we already are, and most of the world will pass us by without us being able to make any sense of it.
How easy it will become to manipulate us?