This week has seen continued salvoes exchanged between the Rupert Murdoch Empire and Google about the Mikado’s plans to charge for his titles. He’s quite entitled, of course, to do charge anything he wants, and the rest of us are quite entitled to decide whether or not we want to pay. I have to say, on present showing, I am unlikely to cough up. 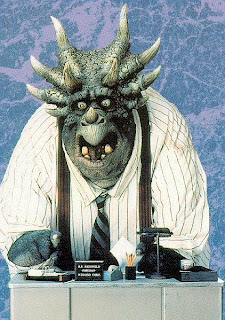 I personally doubt, apart from one or two cherries like, say the Times Law Reports, there’s much in the Murdoch stable for which specialists would care to pony up. I see I’ve accessed a (free) Murdoch site 17 times in the past month. Would I have bothered if I’d had to pay? Quite honestly not. I think I do find talk about Google “poaching” advertising somewhat arrogant, as though Dinosaur media had some kind of divine right to advertising revenue regardless of the laws of commerce. What might get me along to the party could be extraordinary content. Attempts to bully me into the deal aren’t attractive...

So, by way of riposte, I caught a wonderful Google poem on Saturday Live BBC Radio 4 this morning, on my way to a meeting in Wycombe. It’s by Matt Harvey, wonderful poerformance poet. It fitted into the context of an item about Gilbert and Sullivan, and an interview with Sarah Speake, Industry Leader for Technology at Google. So, here goes, Mr Murdoch:

It’s a sifter, filter, searcher
cyber guide and cyber Sherpa
all the world’s a google library
does it frighten me? Just slightly

It used to be a noun, son,
but it turned into a verb,
There is nothing you can't google,
Google cattle, Google poodle,
human folly, human foible
Google Babel, Google Breughel.

It shows you things your life is duller than,
Google Gilbert, Google Sullivan,
Shows you what’s for Google free,
for Google sale, and Google rental,
Shows things you shouldn’t Google see
It's so non judge-Google-mental,

Daddy, can we Google Google?
So we did. And there were oodles,
Google shopping, analytics,
Google earth and google physics,

So to return to your original question,
Google is a bit more than a search engine
And a bit less than a sentient life form
Taking over the world, we hope?

Murdoch's only interest is a strangle hold on the media, hence why he's doing this and why he wants the BBC to be broken up. I hope both our current and future government is sensible to resist him.....