UK Channel 4’s original mission was be innovative, naughty, alternative and provocative. In a week General Synod probes the state of religious broadcasting in Britain, I was interested to catch the latest in C4’s new series on The Bible: A history — Conservative MP and RC convert Ann Widdecombe exploring the Ten Commandments. I speculate that this series was commissioned by Aaqil Ahmed before he left Channel 4 to become head of Religion and Ethics and TV Commissioning Editor at the BBC. My first impression, drawn from the figures for hours output was that the BBC had reduced the quanity of its output on the sly — oh dear — but what about the quality? 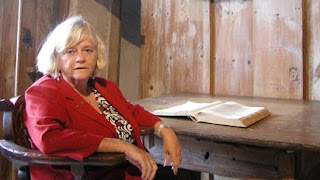 The series isn’t quite what it says on the tin, but it’s a worthy concept. It gives a 40 minute platform to various people left right and centre, to pick a Biblical theme and trace it from its origins to a question for contemporary society. Novelist Howard Jacobsen did Creation, seeking to find a way between reigious and secularist fundamentalism. War Correspondent Rageh Omar did Abraham as a source of division or peace in the Middle East. Still to come is writer Bettany Hughes on Women in the Bible.

It used to be said that a well known make of Italian automobile was built by robots and driven by morons. Is UK religious broadcasting built by Secularists, and driven by Dumb-down Celebs? I poured myself a Ricard, opened a bag of pistachios, and settled down on the couch to find out. 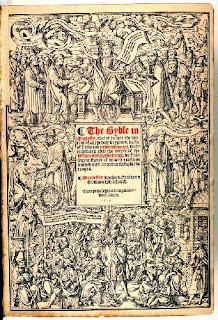 Within its chosen genre, the show blended personal and informative elements very well. It gave its presenter a fair platform to make her points. I’m not an Ann Widdecombe fan in principle, but if you could get over her rather reedy voice, her content seemed sincere, candid and forthright. She had grown up with the ten commandments, and after examining their origins and uses in Judaism and Christianity, she went on to confront militant atheists, liberal scholars and fashionistas with their shortcomings measured against the standards of Torah. 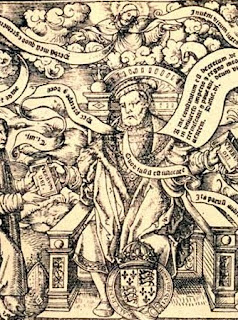 There were holes and howlers. One why-oh-why?” comment on divorce rates rather obscured the fact that UK divorce rates are currently the lowest they have been in 35 years. She described Puritans as “a Protestant Sect” and ventured the suggestion that Henry VIII founded a new Church — a solecism for which His Royal Grubbiness would surely have beheaded a woman in 1545. More serously, she didn’t engage at all with source theory about the books of Moses in the texts themselves, preferring to see it as a liberal aberration, but one she was wiling to tolerate. 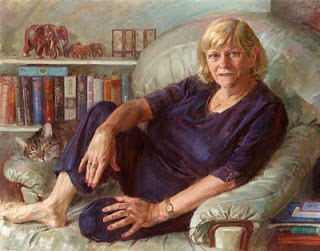 Nothing’s perfect, then. But this show was well above average telly, watchable, provocative and intelligent. Ann Widdecombe’s great exemplar of Puritan social action inspired by the ten commandments, the Revd John White of Dorchester, was absolutely on the money. She hinted at, but didn’t quite explain, an interesting theory that strong confident societies have to learn to control their desires to develop strength and confidence. I think I buy that. 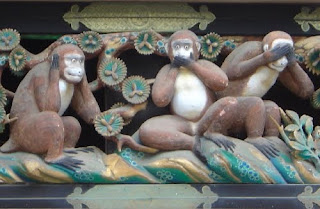 Unfortunately the atheists on the show seemed high on testosterone from a public disputation and rather let themselves down. Christopher Hitchens running away through a door stopping his ears was an interesting sight. I’d like her to have taken that segment of the show deeper, to examine how the critique offered of the Church was actually one that rather assumed Judaeo-Christian values based on the ten commandments. 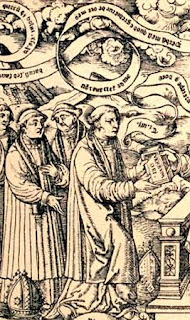 But these are minor reservations. This was a fine and informative show, which critiqued the erection of personal freewheeling into the only absolute value left, and was well presented and entertaining. Kudos, then, and Round 1 of the Great Broadcasting Debate to Ann Widdecombe and Aaqil Ahmed. If I can get the Channel 4 on demand site in India (off on a schools development visit), I’d certainly like to see the others. If this series indicates the kind of stuff we’re in for from the BBC, I think I could live with that, all things considered.

I saw the creation one and thought it was excellent. Certainly warmed to Howard Jacobsen, who I'd not really come across before. Not seen anty others yet: will catch this one on 4oD. Thanks for the reminder.

I'd back up Trevor on the Jacobsen take on Creation which I thought made a fantastic case for the creation story being of universal significance (whether you were a theist or not!) and he along with Mary Midgely I think it was had a swipe at the literalism of the contemporary militant atheists. See it if you can.

I caught it by (semi-)accident too (I saw it whilst browsing the on-demand menu), and thought it was interesting. Didn't quite tick my "intelligent and informative" box as much as Diarmaid MacCulloch's series, but I like the concept.
Hitchens (as ever) was a lot of bluster. I didn't notice the stopping of ears amongst the bizarre storming out. (Surely you can either have a sensible discussion or you can't. Why pretend to and then storm off like Kevin the teenager?!) I didn't think Stephen Fry was too bad. The more reasonable voice of atheism- he was certainly humble enough to climb off his hobbyhorse when asked by Ann. In response to his point, I would have liked more of an exploration of the meaning of the laws such as Mary Douglas' interpretation that they all point towards the need for unity and (therefore to God) rather than just being desert tribes' bullying.

I really liked the show series, like you said presented by a huge mix of people left, right and centre.

Ann Widecomes show was very challenging, and she does have a point about society being better off if we embraced these commandment. I was hugely annoyed by the childish, idiotic and darn right rudeness of Stephen Fry (who i used to think was intelligent - animals dont treat each other the way you treated Ann) and that other allegedly intelligent thinker walking chilishy out of the room. Give them both a dummy someone please...