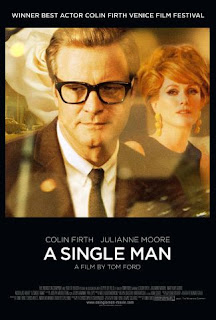 1962. In year of the Bay of Pigs and Marilyn Monroe’s death, George is an English professor of English at a slightly crummy West Coast school.

Like many English gay men of his generation George is fastidious, slightly waspish, up tight, and seriouly crippled inside. Having grown up in a society where his homosexuality was illegal, he has developed a rigid carapace of outward perfection behind which to try and live some kind of real life. 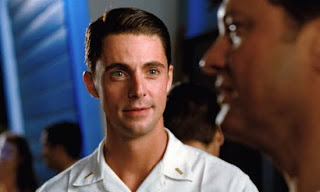 On the surface George has been rigidly correct. His only chance of finding real love has come from playing the conventions of a kind of coded gay freemasonry. Let out on the West Coast, being English is half that game, and in 1946 George managed to land Jim, a handsome young naval officer, as a lover. All went swimmingly with Jim for 16 years. Sadly Jim has died in a James Dean style auto smash. They wouldn't even allow George to attend the funeral, and behind George’s carapace, life is now a bloody great void. Tomorrow and tomorrow and tomorrow creeps on the petty pace of George’s grief, from day to day. He feels he’s drowing in slow motion, and as Marilyn used to say, something’s gotta give. 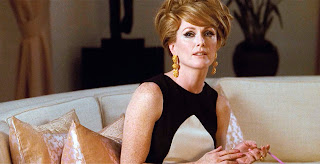 Time, perhaps, for a last fling with George’s pathetic old excuse for a girlfriend Charley, faultlessly rendered by Julianne Moore. Charley is genuinely friendly, bubbly even, but well past her sell-by date. They have been friends since way back in London, fumbled under the sheets even, but she has been running on empty for years, even before her crappy marriage broke up, and is desperate for love. Everyone, including herself, knows she is wasting her time really, but can’t admit it. 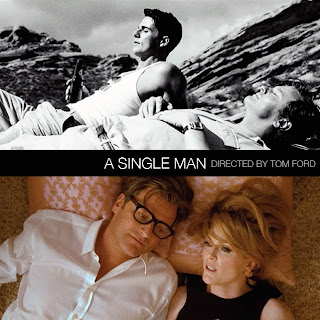 And there friends, is 90% of the plot of Tom Ford’s A Single Man. It is a dense and beautifully crafted exploration of what life was like for Christopher Isherwood’s generation of gay men, and the performance of Colin Firth’s life. As usual he gets his shirt off underwater, but if you’ve been thinking of him as an amiable accessory for chick flicks, please think again. 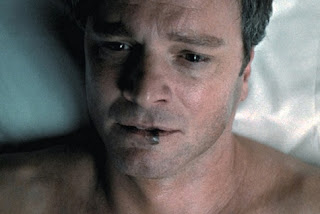 Being George requires an extended feat of doing almost nothing externally, whilst being fully charged and fit to burst. Mr Firth does a brilliant job, beautifully executed, combining depth with poignancy and a quality the British seldom even recognise that the French call tendresse. This emotional charge is absolutely essential because without it, such has been the sea change in societal attitudes since 1962 that, unlike the original readers of Isherwood’s novel, most viewers under 40 will have absolutely no idea what all the fuss was about. This may be why some critics see the film as shallow. Why doesn’t George, they wonder, just get on with being gay? In its historical context, however, this film is anything but shallow.

So it is that a film by a fashion designer with almost no plot becomes a major work of art. It deserves a perfect ten.