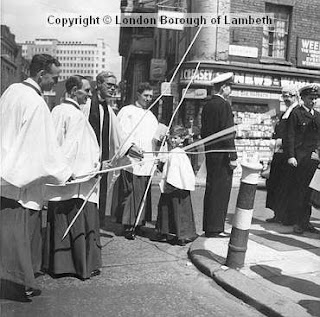 Rogation is the ancient season for beating the bounds and sowing in hope.

Celebrating in Little Kemble with the Book of Common Prayer this morning meant using traditional readings that have marked this day since the early middle ages. 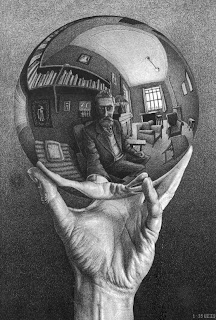 In St John 16, Jesus encourages his disciples to ask for anything in his name, but points out to them that they don’t believe in him anything like as much as they think they do. St James speaks of the Bible as a mirror to reflect our motives, acts and intentions. Where the three are integrated, there is true religion; where they are not our most earnest concept of faith is moonshine. Both readings make it plain that true faith is not a higher form of self-deception, but a diagnostic weapon against self-deception. We deceive ourselves with any idea that prayer is therapy, religion a feelgood game, or faith a confirming mechanism and delivery vehicle for our own prejudices. 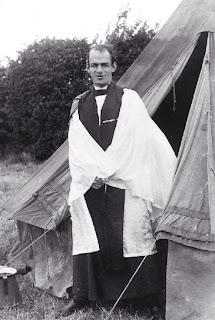 Wondering what faith has to do with prayer, I turned to Woodbine Willie.
In 1917 he had an embarrassing experience in a trench, helpless under heavy bombardment. On one side was a sergeant cursing and swearing with jokes, in the best traditions of the British Army. On the other was the Company Christian, pouring out pitiful requests to God to save his skin, in a way which everyone else found disconcerting. “I wish,” says Studdert-Kennedy,

“that the praying man would shut up. He isn’t fooling anyone but himself. The whole idea of prayer as a cheque drawn on the bank of heaven, the religion of the last resort, where what drives it is selfishness, is very much less than real prayer... 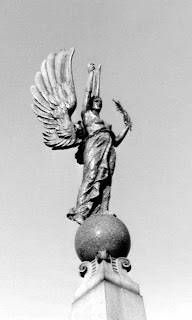 The first prayer I want my son to learn to say for me isn’t ‘God keep Daddy safe’ but ‘God make Daddy brave, and if he has hard things to do, make him strong to do them.’ Life and death don’t matter. Right and wrong do. Daddy dead is Daddy still, but Daddy dishonoured before God is something awful, too bad for words. Put in the bit about safety too, if you must, but afterwards, always afterwards, because it doesn’t matter nearly so much. Every man, woman and child should be taught to put first things first, in peace and in war, and that I believe is where we have failed.
We have taught our people to use prayer too much as a means of comfort. Not in the original and heroic sense of uplifting, inspiring, strengthening, but in a more modern and baser sense of soothing sorrow, dulling pain, and drying tears. The comfort of the cushion not the comfort of the cross. Because we have failed in prayer to bear the cross, we have also failed to win the crown…” 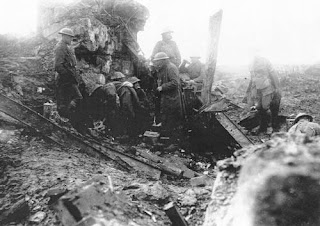 This may seem a rather dated perspective from the age of chivalry, King and country. It is, but perhaps it holds up an interesting mirror for our use. In our age of anxiety everyone has something to feed a vague sense of thwarted entitlement. This begets designer victimhood and whining. There is another way. It’s called faith, and perhaps more of us should give it more of a go more of the time. Pray for faith and you might just get it. Pray for anything less and you are wasting your time.
Posted by Bishop Alan Wilson

I jettisoned church this morning in favour of a lie in ( quite rare!)I did listen to the service on Radio four, it reminded me of services from my childhood and I found it moving and meaningful.