The Second Death: Porg-y and Best 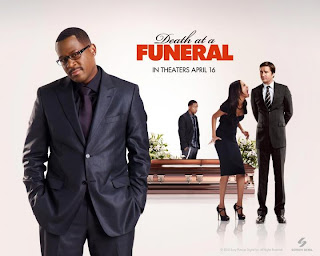 There’s Black humour, and there’s real Black Black Humour. Neil LaBute’s remake of Dean Craig’s Death at a Funeral (2007) recycles an English original with Chris Rock, Danny Glover, and a large dysfunctional black clan gathering for a send-off of their paterfamilias. The schmalzy American Way of Death provides an excellent counterpoint to exuberant repartee oft associated with Mr Rock, and I think I will opt for the US version by a whisker, although some will prefer the more understated UK original. 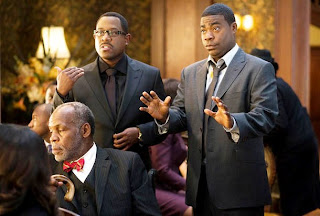 Recasting a necro-tastic Charley’s Aunt farrago in a city with three columns of Jesus Christs in the phone book is no bad thing. It somehow increases the hit from a relentless succession of hellzapoppin gags involving caskets, funeral directors, mislabelled medication, wrongful identity, and family secrets and lies. There’s an excellent team of actors, and the director manages deftly to keep us abreast of exactly who is in which room with whom and why they shouldn’t be there — a basic skill for Farce. The tale’s crowning glory is the revelation of a gay dwarf (Person of Restricted Growth?) with a penchant for blackmail. You don’t want to be seen dead with one of those, not even in a Presidential casket. Perhaps I’ve said too much. 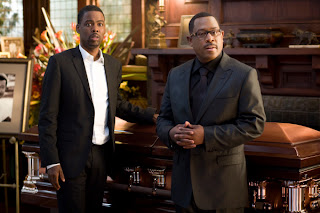 I am not proud to admit it but I, accompanied by a hundred or so good citizens and true of High Wycombe, had a rollicking good time chortling through this lot. The toilet joke was genuinely disgusting, though. Death at a Funeral ain’t no King Lear, but we liked it. There is something cathartic about laughing in the face of family and social hypocrisy, even, nay especially, about death. 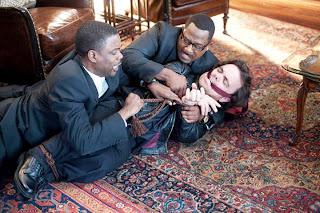 I can recommend Cathartic Chortling to fans of the Tasteless Unspeakable, including, I suspect, a large number of medics, undertakers and vicars on their days off. The recently bereaved, Amish Uncles, and the Earnest would be better to pass on the experience. Plot slightly weak but gags good — four out of five.
Posted by Bishop Alan Wilson