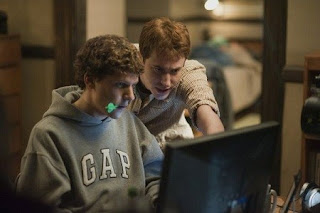 Facebook has led the social media revolution of our age. It began with four undergraduate friends six years ago and today boasts over 500 million members, who spend more than 700 Billion minutes using it every month. A new movie, The Social Network, tells the not-so-heroic story of its inception. It’s largely about Harvard Undergraduate Mark Zuckerberg who, understandably, was not script consultant to this biopic or the book, The Accidental Billionaires, upon which it was based. 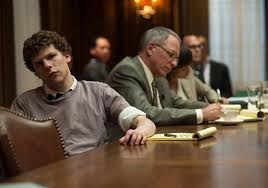 This filmic Mr Zuckerberg, however, drives a surprisingly compelling tale. A geek, twenty hours a day in front of the computer, with low social skills but a bright idea whose time has come, accidentally inherits the earth. This is no simple story of genius come good. Any heroism is deeply flawed and almost entirely veiled by social gaucheness. 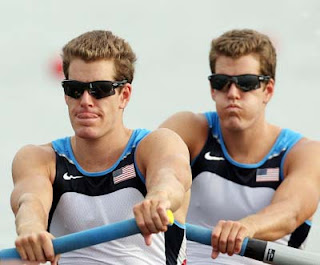 The race goeth not to the swift, like Ty and Cameron Winklevoss, Ivy League twins so privileged, self-assured and naturally entitled that there must be times they wonder which was which. No, the only race that counts goes to Zuckerberg, spotty nocturnalist whose coding skill, determination and almost autistic inability to focus on human beings triumphs over every darn thing. 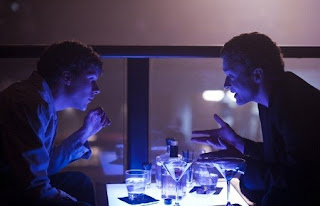 Given its subject, David Fincher’s film is masterful, absorbing, sharp and skilful. It lacks a strong emotional core but this seems inevitable because so do all its principal characters, and their lack of emotional groundedness doesn’t stop them getting cross or upset, just achieving undestanding or maturity. It’s a fearfully authentic portrayal, we fear. What the real Mark Zuckerberg makes of it all we do not know, and probably does not matter. The instinct that powered the Rockefellers is alive and well, and residing in a Harvard dorm. Perhaps it always was. Nowadays, however, what took JD thirty years to build by the sweat of his brow can just happen in six months. That’s the difference. 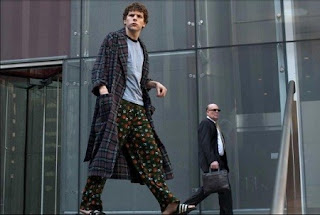 At the centre of this great film is a paradox — we use social media because we basically like other people and instinctively want to connect, but the means we use to achieve this are entirely impersonal. You don’t have to a computer geek, or indeed have any interest in the contemporary media revolution, to follow the story. 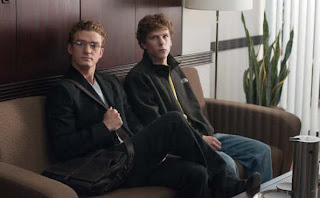 And, damn it all all, these things happened only six years ago. If that fact in itself isn’t enough to convince you of the pace of change and the dramatic way it augments some aspects of human personality whilst squishing others, you might just have a glimmer of the crazy killer-geek instinct necessary to hatch the next big idea that will enable you to take over your own particular universe some day.

That is scary - only six years ago.

The movie is outstanding, engrossing, and irresistible. I walked out in a stunned state. Truly, I was that affected. I didn't recover my equilibrium for quite some time. The movie captures the breathtaking pace of the growth of Facebook from its founder's dorm room at Harvard. Zuckerberg is so intensely focused on his vision and his codes that he blows off those around him, including his lovely girl friend, and seems to have few doubts about knocking others out of the way and walking over them, if necessary, in pursuit of his goals. Zuckerberg's emotional development seems stunted, and his social skills are utterly lacking.

Copied from my account of the movie on my blog.

When I woke up from my stunned state, I thought to myself, "I've got to get out of Facebook. Zuckerberg wants more openness and less privacy on the site, and he will have his way." But although I seldom go to FB, I haven't yet got out.