Words made flesh in Bethlehem 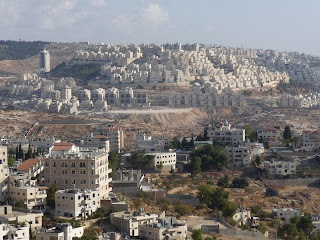 Day 4, spent around Bethlehem singing Christmas Carols, and refecting on stories and sites that reflect the mystery of the Incarnation. Stooping to enter the little door (of which Herbert Howells’ famous carol tells) we found ourselves in a forest of scaffolding that makes the repais on Great Missenden Church look like a Sunday School outing. They are fixing the roof for the first time in many hundred years. This time round I was especially struck by the network of caves under the Church of the Nativity, and especially the tiny space where Jerome spent 40 years translating his Vulgate Bible. We also took in the Shepherds’ fields (where Ruth, tradition says, met Boaz), and a remarkable Palestinian Social and Cultural development centre based at the Lutheran Church here (of which more another time, no doubt). 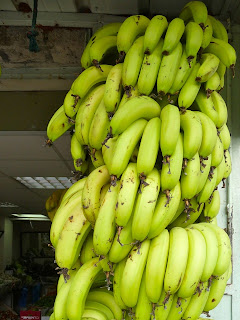 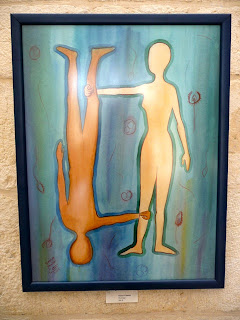 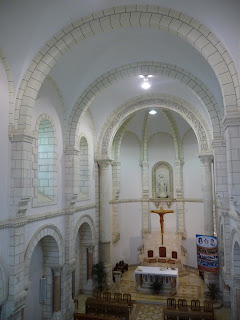 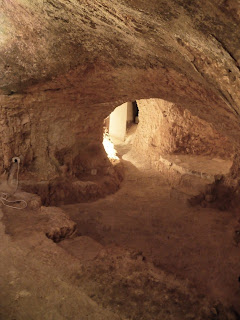 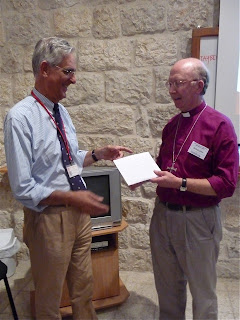 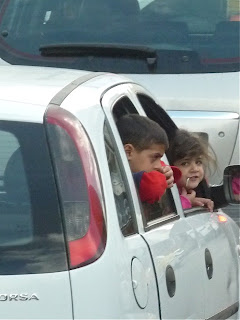 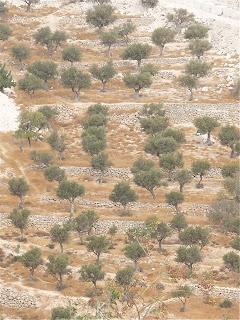 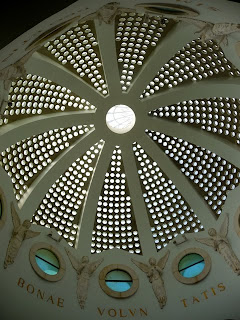 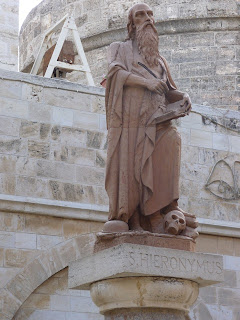 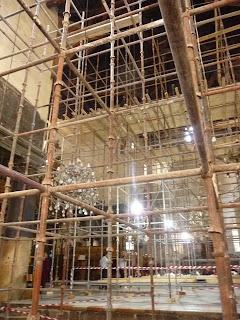 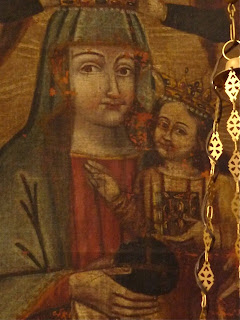 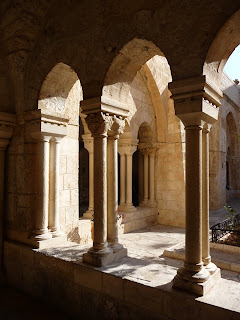 The Word became flesh, and this fact, and his dwelling among us, gave flesh a new value. Life in itself is shot through with Divinity in a new way. So we went to visit the Holy Family Maternity hospital, run by the Sovereign Order of St John of Malta (known in Germany as “Maltesers”). Since 1985 they have administered the old French hospital site, and in it they have delivered almost exactly 50,000 babies. They currently have 63 beds, 18 in ICU, making their hosopital overwhelmingly the largest provider of neonatal care in the area. The ethos and values are Roman Catholic, but they are, of course, entirely non-sectarian in their service provision which is offered on the basis of need, not means to pay. 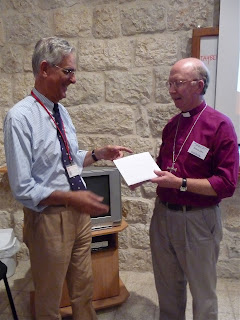 Dr Jacques Keutigen, medical and centre director, is one of the most inspiring people I have ever met. He and his administrator, Usama Kheilieh, took us therough some amazing facts and figures. In an area where unemployment is currently better than has sometimes been the case but still runs at 27%, with no social security or free health insurance, they manage to sustain an premature mortality rate of under 2% — better, I believe than the UK’s. consider the large hospital in Gaza, where the premature mortality rate is over 35%. Their motto? “The Poorest Deserve the Best.” 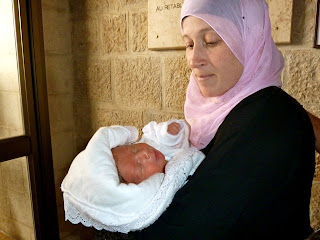 One of our party, Sally Raikes, is a midwife and, like many of us was profoundly moved to reflect on the loving excellence Holy Family offer some of the poorest people on earth as they enter the world. She managed to snap this picture of a new mother and baby attending today, that somehow says it all. There is no point in our words of faith if they do not equip us to recognise Christ where he said he would be, in the face of the youngest and least. 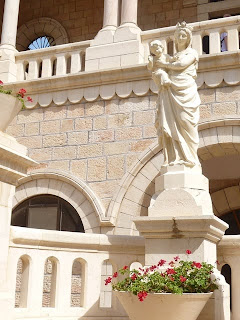 The Christmas story indicates a complete revaluation by God of the least, the most vulnerable and obscure, the disreputable and the displaced. What would a community who really embraced that value look like? How much time would you expect it to have for discrimination based on race, gender, age, orientation, or class, all of which seemingly devalue the humanity of perpetrators as much as objects? Where would class based education fit into its life? I do not believe in human rights and equality as some kind of lefty bolt-on. Fundamental equality is a recognition of the wholeness of God’s gift of life itself. No vision of humanity that discounts it can be whole, and I believe in it because I believe in the Incarnation. 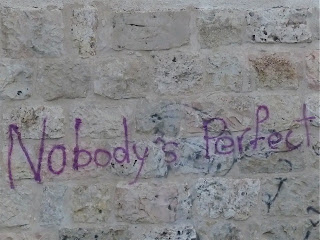 As we broke bread together in the hospital’s chapel, there was a very focused, intense mood among us. We have not got this right, and we need to put serious effort into a new kind of life that makes God’s values our own, as intentionally and thoroughly as those who work at the hospital, to ensure that the poorest not only deserve, but receive, the best.
Posted by Bishop Alan Wilson

"The poorest deserve the best." How wonderful. I tire of hearing about "the deserving poor" as if they are a special subset of "the general poor," about which we will hear much as the holidays come along and adverts for toy drives will assure potential donors that only deserving children will receive the benefits of [our] donations.

I am enjoying your trip vicariously through your photos and musings. Thanks for sharing!
Penny Nash

I've so enjoyed these postings on your trip. Thank you.