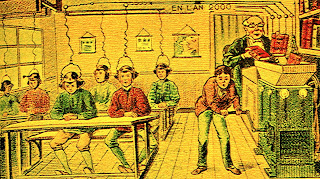 Freedom is a lovely thing, and HM government is trailing “Free Schools,” to be set up by groups of parents or others. We don’t yet know what this actually means — an almost inevitable state of affairs with a new project at this stage. I know many educational professionals remain far from convinced that the answer to English Education is yet another scheme for school ownership and governance — that makes 11 different geometries for this in the maintained sector. Will an 11th be the silver bullet? 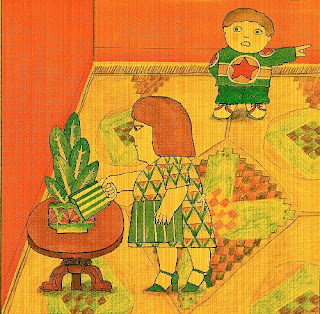 The Board of Education I chair works in close partnership with all our 280 schools to support them as they seek out and apply what they believe is the best route through the whitewater rapids of today’s Education. We know various set-ups within our family of Church schools from the inside, warts and all, and one size does not fit all. We also have considerable experience of capacity building for schools moving from Controlled to Aided status, as well as an innovative way with academies.

Given the joy and privilege of delivering a keynote for the Fourth Oxford Education Debate at Oxford Brookes University the other day, the terminology got me wondering what a truly free school wold be like. With compelling loaded terms like “free” you have to ask “from?”“to?”“who’s free?” “for what?” and “how?” otherwise they just float off into orbit.

However as a start I came up with four things I’d love to see all English schools free from:

Anyway that’s my big four. I come across excellent schools of all kinds, but these are some of the big systemic wonkinesses that make English education harder work for everyone, and less effective. Any more out there?
Posted by Bishop Alan Wilson

"Back in 1944, why were the grammar schools not flooded out with parents complaining that their children had been allocated to the grammar stream when their real interests and passions lay in technology and the future so they needed a place at the Technical High School. I don’t know, but they didn’t."

I was at secondary school in the West Midlands (a major industrial area where you would expect technical education to flourish) during the 1960s. The Technical High Schools you mention were few and far between. I know of only one of my contemporaries who got a place at one, and he lived much nearer the catchment area than I did. However, my first grammar school did offer woodwork, metalwork, technical design and other technological subjects for those who were that way inclined. My second GS had much more emphasis on the "grammar" (academic) aspect and eschewed such practical subjects, apart from Art.

In spite of attempts to introduce a "classless society", those at the top of our political tree are those with little practical experience of engineering or science, except in managing others in order to make money. Just look what has happened to our manufacturing industries over the past 30 years.

Many thanks for illustrating one of the roots of our catastrophic failure to maintain education that really did meet personal and national needs properly. I really regret the collapse of genuine polytechnic education compared to, say Germany or the Nordic countries, and do not think it serves us at all well in a new century...

Like Rev Simmy I too was at school in the West Midlands in 1944, a primary school, where having taken and failed the Grammar School exam I was considered a suitable canditate for the Technical or Commercial exam two years later.
This was generally regarded as 2nd best, and in my case, merely ensured a working life of supremely boring "office work".
Had I obtained a few more points in maths my marks would have got me a place in King Edward Grammar and a musical education which my parents could not possibly afford for me and which I bitterly regret never having received.
One of my brothers went to a technical school and became an electrician which he really loved and gave him a happy working life.
I believe the failure to provide a choice of either academic, hands on artisan training, scientific or art subjects at a really early stage in childhood is at the root of most class distinction and the cause of many personal and social inadequacies.
A properly balanced society needs a good mix of abilities and no government so far has found the recipe.

The strength of the German system is that it links in schools and industry. After the equivalent of GCSE you would normally either go on to 6th form or start a formal 3 year apprenticeship whereby you are enrolled in an official training programme in your chosen company and also attend school on 2 days a week continuing with German, Maths, English and your training related subjects.
At the end you get a proper leavers certificate that is recognised everywhere.

Virtually every job is covered by an apprenticeship programme.

The plus-side of this is a well educated and more respected workforce than in Britain.
The downside is that it's virtually impossible to get a job if you haven't got the piece of paper that says you've learnt how to do it.

As apprenticeships are geared at young people it's virtually unheard of for older people to re-train later in life and the kind of life-long learning Britain is so good at doesn't happen to anywhere near the same extent.

After 26 years here, and as much as i love this adopted country for some of its common sense, and the old-fashioned virtue it has of moderation and clear speaking and actual kindliness, I do think that Alan's point No. 1 is possible more important than any other, although the obsession with class is definitely odd.

Childhood, like marriage, is an honourable estate. Just as marriage doesn't make one into a green-skinned alien sub-human life form (no matter how it feels sometimes when it's awful), being a child means one is a personality and a unique processor and generator of all kinds of life, from birth. Babies are tiny scientists, it's all observation and testing results. ("Will she really go ballistic if I touch this electric cord? Yes. If I do it again will she go ballistic again? Let's see. Yes. I'll wait for half an hour and see if the reaction is the same.")

If you meet people, even teeny ones, where they are, you can draw out the best in them and they will learn how to use their talents. Confident and skilled-up people will make jobs for themselves if none exist. Isolated from society and adult life de-skills our children. Dispirited and uneducated young people who have been pithed won't be employable by anyone.

It starts from caring.

I'm running around saying similar things in the college where I work and am grateful for your synopsis which will help me clarify my arguments. Is the text of your speech available?

If there is a fifth element I would add, it is in the value of education from a young persons perspective.

The career orientation which you have already mentioned, to a specific role or industry, has debased the value of education for its own sake as a life choice. Coupled with the output culture the powers that be speak of our young people as though they were tins of beans running off a factory production line instead of human beings, and they are not that stupid. They know the game and it makes them deeply cynical.

Similarily, as I work 1-2-1 with the allegedly lazy, problematical, troubled youngsters in the college, the one size fits all approach to methodology and teaching does little to address the often difficult life circumstances with which my gaggle of teenagers are dealing with and provides them with cynicism's counterpart, hopelessness. I have already lost 8 students this term who have withdrawn simply because they no longer see university as a possible option for themselves financially. All but 2 of our 119 diploma students last year applied to university (and succeeded), this year almost 8% have opted not to apply. I have estimated that 7-8% of this years intake, will not return in the 2nd year due to the withdrawal of EMA. The new hardship fund looks to be set at about 15% of the EMA budget for this year.

Sorry, don't want to get into a list of my work worries really, but very depressing times for someone who places a high inherit value on education.