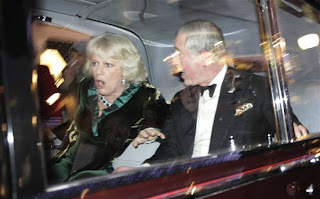 Right-minded people will condemn unlawful violence on our streets by a minority of student demonstrators or anyone else. The Copper’s lot is still not a happy one, but it is part of the cost of our democracy. There is a historical tradition of robust public dissent in Britain, the shadow side to our more generally ordered culture.

There are, of course, reasonable arguments for a different student finance régime. Higher repayment thresholds and living allowance sounds like good news for students — higher indebtedness, up to £40K for some first degrees, and 3% interest, sounds worse. In the background simmer interesting issues and, possibly, two big casualties:

Interest rate of 3%? One of the figures I heard was 3% above inflation which would mean 7.5% at the moment. And I think we all remember 19% interest rates.
That’s my biggest issue with this, that instead of the current fixed 1.5% for the term of the loan the final repayment will depend on the financial markets over 35 years and will be totally unpredictable.
It also seems that banks will take student loans into account, negatively, when it comes to mortgage applications, and already they are asking for a 40% deposit from first time buyers.
Rents for acceptable housing are already high – where are all these graduates going to live? When will they be able to start families?
The threshold of starting to pay back the loan at £21,000 isn’t really that high.

There will still be enough people going for highly paid professions but who would be a teacher, a nurse, a physiotherapist?
It might well be that in 10 years’ time the entry level requirements for these jobs will have adapted downwards (as the only country in the developed world!), but a huge number of young people will be caught in the middle until then.

Yes, we need to tackle the deficit, yes, we need cuts. But what is happening here is that we’re not taking the responsibility for what our own generation has done but that we’re shifting the burden to our children.

I find that profoundly immoral.

And it’s not even logical.
The argument that those who benefit should pay seems to imply that only the doctors benefit from being doctors, that society as a whole could well do without dentists and scientists and engineers.

What we will end up with is the totally ludicrous situation whereby a qualified plumber and a qualified teacher can both earn the same money, while the teacher pays back tens of thousands over 35 years for the privilege.

I'm with both of you on this one. I am already quite appalled at the level of debt incurred by my own children, who have graduated within the last 5 years. I do not think our society has yet grasped the longer-term economic consequences of this.

We seem to have adopted a dreadfully (in the full sense of that word) utilitarian view of education as something that is valuable largely in terms of the individual wealth it may create. Gone is the sense of education as a public good in its own right.

One consequence of the drift towards the majority of students being locally educated is the narrowing of horizons for those involved, both geographically and socially. I presume there is some information to which most of us are not privy that allows Nick Clegg and Vince Cable to feel proud at what they are involved in right now.

Our generation, which benefitted from our own parents' struggles for a better future has not only spent our own kids' inheritance but sold them into a form of slavery.

While the students have a grievance, which I support, I believe that their tactics have allowed them to be used by a minority whose agenda is anarchy and the breakdown of our system.

How you can prevent this happening, I do not have a clue, but perhaps student leaders and their supporters need to re-think their campaign.

Civil disobedience and sit-down protests were just as disruptive for CND, but did not seem to provoke the level of violent disorder we are now seeing during these protests.

Perhaps the aggressive attitude of government to these issues has provoked this dissent, government have a duty to be reasonable, even while making difficult decisions, and it just seems to be that they wish to steam roll everything through, despite objections - not evidence or reasonableness here.

I don't have any solutions, just the wish that they would listen and talk to each other, without all of the dogmatic position taking.

A young student on the This Morning program on the BBC this morning actually stood up for the changes, saying that most students had not even read the proposals. It that is truly the case, than the NUS, seemingly with some activist adult post-graduates in positions of influence might need to just rid itself of them and re-think its campaign.

Having done my first degree in the US and experienced first hand the inequalities of that system I really fear for future UK students - as it does seem we're now going down the US route.

It will definitely mean that talented students from middle class and poor backgrounds will find that university is simply out of bounds for them and their families. For me it was working three jobs just to stay in school - a situation that you simply cannot sustain for long, and indeed I could not, and had to give up, it was another 10 years before I could scrape together enough money to try again and finish my first degree.

The level of debt you end up with is truly oppressive in the states and unless you are lucky enough to have a decent paying job, it swallows you whole.

It will be very interesting to see how this government's plan, and the foreseeable adjustments of future parliaments handles (prevents, or accelerates) this problem.

I wonder how robust the British style of democracy is, when peaceful protest can be simply ignored (think Iraq war), and when unambiguous promises made before an election can be simply ignored afterwards. Without condoning yesterday's violence, I'm not sure what the available alternatives are.

You do not want to follow the U.S. system. It has bred both a system of "over-credentialization" where part time applicants in town libraries must have a Master's Degree in Library Science (5-6 years) from a small list of specialized universities. Anybody care to guess who's wagging the tail of the dog on this?

For even the lowly merchant navy sailor, "climbing the hause pipe" is no longer an option. Training to upgrade to an Assistant Engineer or Deck Officer means getting off the ship and plugging away at an academy while not earning any income.

Of course the banks love it. The home mortgage rules don't apply, and being unsecured loans means that the interest rates are sky-high. Sounds like a good money making cash cow doesn't it?

And while we Americans give continued tax breaks to the top 2% income earners, Pell Grants and scholarships disappear. Already the music conservatory that I attended to has eliminated the talent scholarship that I landed some 25 years ago.

A shameful act of our collective governments that is just pushing the burden on our children. Perhaps our children will remember who's tax receipts pay for all those pensioners that got them into the hole in the first place...what comes around, goes around.

In our part of the world we get little more than sound bites, but the repeated sound bites seem to indicate a serious communication problem between the government and students. There is no meeting of the minds, no listening.

The government says: it's free, unless and until you are earning £21000.

I have yet to hear anyone on either side responding to the points that the other side is making, even if with a "Yes but...".

Is this really what is happening, or is it just media spin?

evensongjunkie is absolutely correct. Another example is that now, unless you have an MA even becoming a manager of a shop (a book store for example) is increasingly difficult. It means that graduating from high school, then the BA, and now the MA are each being de-valued.

Its a complex situation but one thing it does seem to be doing is pushing poor and lower income people out of the upwardly mobile job market, holding them on minimum wage jobs (which by the way are far below the poverty line) with no hope of escape.

People of my father's generation could easily graduate high-school and work their way up (as he and his brothers have done) people of my and my brother's generation don't have a chance of doing that with the same level of personal reward and fulfillment.

The result is that you now MUST have at least an MA if you're going to have any chance of real opportunities. And that means you must accept an extortionate level of debt - which means you have to have a very well paying job very quickly after graduation because the re-payment level is not an option for anyone on a minimum wage.

Is this what we want for british families? I don't think so.

Steve, the problem with "Yes, but ..." is finding something to say 'yes' to in the soundbites.

Tuition is not free and I doubt if the government has ever quite said it is - in so many words. Tuition fees are 'buy now pay later', with interest ... and if you never manage to earn enough to be worth chasing then they'll forgive the debt eventually.

Strictly speaking the fees are being doubled by the government, rather than trebled, but with provision for universities themselves to up them to £9,000 under some, poorly defined at present, circumstances.

Underlying this, though, is a change in approach, from students paying 'top-up' fees, supposedly to give the universities extra funds, to government pulling nearly all funding for university teaching, leaving students making up the difference.

There is, of course, the argument that if you have to make drastic cuts to overall spending then the near-privatisation of university education is one approach. After all, you have to find funds from somewhere to buy extra weapons from the US. There genuinely are arguments to be made for and against university education cuts, but all sides do seem to have avoided them.

In the end - and understanding all the practicalities - it still comes down to this. The generation that caused the Credit Crunch through their (still untreated) addiction to debt, and who largely received free University tuition, are asking the next generation to pay for their mistake by, you guessed it, getting into more debt. This may be unaviodable, but there is still something that stinks about the whole business. I felt like apologising to my four year old at breakfast this morning.

"which means you have to have a very well paying job very quickly after graduation because the re-payment level is not an option for anyone on a minimum wage."

My understanding of the proposals is that people won't have to pay back their fees until they're earning £21,000, which should mean that nobody will be in the situation of not being able to keep up with their loan repayments.

Not quite: around 10% of them receive free tuition, a far smaller number than go to university today. So one could legitimately argue that, whereas the country could afford to fund university places out of general taxation thirty years ago, that is no longer possible today.