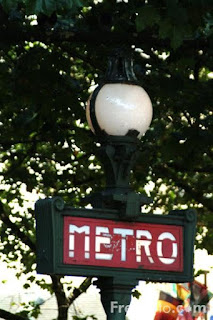 There used to be a sign on Paris Metro trains designating a particular seat for the use of people with special needs of seating. This being France, it had its own legal hierarchy, including, if I remember correctly war wounded, blind people, and pregnant women. I used to wonder if wild fights ever broke out between old blessés de guerre from 1914 and pregnant blind women over who took priority and why. The thought is ridiculous.

But that is how some see human rights legislation. It’s understandable because if people take human rights cases to court there can be involve a notional process that feels like that, applied with what's called proportionality.

I play the Euphonium to express myself. My next door neighbour wants to sleep at night. If legal push comes to shove an accommodation has to be reached between us. It spoils the story perhaps, but this probably will not involve either banning all Euphonium playing for all time, or absoutizing the right to express oneself in this way so as to banish sleep for ever from those living next to euphonium players. Proportionality looks for a practical way of respecting both rights (privacy and self-expression) simultaneously.

So what about religious particularity and freedom from discrimination? Pushed to an absolute degree either could compromise the other. If an atheist could fight a way through the courts to become Pope that would be a magnificent expression of openness, but bad news for the Papacy, which partly exists to define and maintain a particular identity in a way that can only credibly be done by a Roman Catholic. If, conversely, a Police force decided to soft pedal on the misdeeds of some clergy because they are authority figures in the community representing the dominant religion, this is plainly wrong and deprives the victims of a basic justice they have every right to expect.

This becomes even more complicated when people start asserting Christian rights. Jesus' teaching about non violent resistance (turning the other cheek etc) and the strand of wisdom represented by Romans 13, does not lend itself to crusading militancy. Whenever the Church has ignored this principle it has made a fool of itself and compromised the gospel by behaving in a violent and assertive way to whch it might notionally have been entitled, but which was far from Christlike. People who are being reviled have a notional right to revile back, perhaps, but Jesus tells his followers to do the exact opposite. This being the case it is hard to represent an assertion of that right as something required of his followers by their religon. It damn well is not.

A few preliminary jottings are emerging for me about the ways christians are supposed to apply human rights law to ourselves.
I wonder what I’ve missed or misrepresented?
Posted by Bishop Alan Wilson

I think there are some nuggets to add to your post here, which I noticed in the RSA animate link. you posted this a few weeks ago: I think it's called the Empathetic Civilisation.Big words seem to predominate the Anglican culture,and yet as Christians we are constantly trying to find the right language to each people where they are! there also seems to be a lack of simplicity which took Rifkin 6 years to nail down in his lecture. That is when people hurt we hurt and we want to help, fast.....much can interrupt this but empathy is a basic natural response despite who or where they are. So I would add-empathy plus do to others as you would like done to and use common sense. We can learn much from his research but how are we going to ever reach the folks in our country, our huge mission field, when we communicate the best message on the planet with an array of complex language that even Christians find hard to untangle...don't even get me going on covenants!! Really enjoy your blog Bishop Alan keep going.
Mo.

Hello Bishop Alan
Your post moved me to comment for the first time. Didn't mention I am at St Johns and trying to untangle all the anglican language has tested me muchly!!
blessings
Mo Trudel

I can now see that my efforts to live my life by what 'feels' right, within the Gospels, has not been a wast of my time.

I have tried to get my head around moral absolutes, but always hit the brick wall of exclusion, rather then inclusion, so had thought that some of them were just plain wrong, especially in the arena of sexuality and gender.

Now I know that I am not the only one.

Good reflection on a knotty issue -- untangling is hard when others keep putting in more knots (reminds me of our cats and knitting). Re: turning the other cheek - I find Walter Wink's reflection on these words of Jesus helpful. Here.

I remember Barry Harper, Vicar of St John's Walmley in the late 1970s saying - 'Christians are not in the business of shouting for their own rights but shouting for the rights of others.' I've always tried to keep this one-liner close to my heart.

I wonder whether this affects any traditional orders of nuns in France? I am reminded just how silly discrimination can be, and the political motivation, to head off the far right makes it even more venal.

I struggle between the need for good / straightforward teaching and the realization of how contextual every moral choice must be. Thus, I always prefer example to rhetoric. I wish Christians were more comfortable and familiar with spiritual practices that develop character and less focused on statements of faith. Since we live in a very verbal age, how can we speak or write in a way that brings people to a change of heart and not just a change of mind?

Rights are very 'cold' and scary things, perhaps. 'Love' is what we're asked to do?

The mysterious thing is when people try to put conditions on "Love one another".

I've never been able to understand those ways of thinking. Jesus told us to love one another, and said that's the most important rule there is. So how can we who stumble about, trying to follow Jesus, possibly fail to want to love every single person, (even the ones who make us feel uncomfortable or nervous, or whose behaviour is mysterious or worrying sometimes?) How can any of us say to another beloved person, "I don't love you enough to want you in my life?" or "I won't help you because I don't want you to be equal to the others"

I think that's why I was so excited to go to the big church service on Saturday for our new Bishop, so I can pray alongside everyone as a fellow Christian and hope for good things in their lives. Just wonderful. Sadness perhaps that some people in some churches don't want people like me to be there amongst them, but God is good.