How to Change Your Vicar (Part One)

Not quite Jack Lemmon’s problem, but parish life feels like that sometimes. Just as in marriages, all of us need to remember we are all limited in various ways, and need each other to stay grounded and sane, but don’t always realise how much.

Lord Runcie, when Bishop of St Albans, once stopped in a village to congratulate the butcher, as one pig man to another, on a superb carcase hanging outside.

“You can have it,” quoth the latter, “if you get rid of our Vicar!” 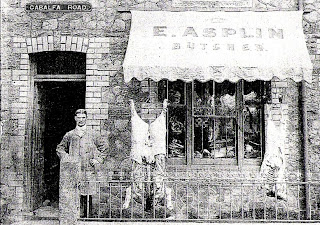 About four or five times a year somebody comes to see me wondering if that is where they are with their vicar. I have got into the way of suggesting a list of Four Last Things to remember before consigning an apparently unsatsfactory vicar  to the Dustbin of History. Remembering these helps you achieve something worthwhile for everybody, and, I hope, prevents the Sermon on the Mount flying out the window early on.

First Last Thing
Everybody has rights and responsibilities equally, and needs to work out in their own mind what kind of a problem this really is. This is a very useful discipline because the sensible thing to do will depend directly on which of the following five options you believe best describes what is going on:

So, First and Foremost...
Work out what kind of problem the evidence indicates this actually is!
Posted by Bishop Alan Wilson

Excellent advice! I rather wish I were in your Diocese. Have any openings? :-)

I've posted this across to the <a href="https://www.facebook.com/GenSynCofE>GenSyn Facebook page</a> too.

Looking forward to part: the next.

There's a much simpler answer.

To the anonymous author of a comment on 31/08 — The reason I moderate comments is to filter spam and the odd abusive comment. I can't publish yours, not because of your hostile point of view, but because you don't give your name whilst making personal comments about other identified people. I haven't had "myriad complaints" of the sort you indicated.