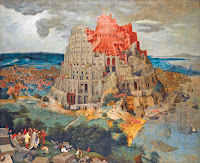 Parthians, Medes, Elamites, and residents of Mesopotamia, Judea and Cappadocia, Pontus and Asia,Phrygia and Pamphylia, Egypt, parts of Libya belonging to Cyrene, and visitors from Rome, Jews and proselytes, Cretans and Arabs...

What emerges from Acts 2 is the original Multinational — founded on absolute Equality, universal in scope, affirming particularity, non-Imperialistic (but welcoming to Roman tourists like anyone else), minimally and functionally hierarchical but inwardly driven by the Spirit. What’s wrong with that?

Sadly this simple vision conflicts with some dirty little habits:
Perhaps the big crises the Church faces are not intractable issues in themselves, but the inevitable result of losing touch with its roots. The outward and inward predicaments the Church faces often draw out instinctive pragmatic love, especially at street level. Difference is no more than an invitation to love even enemies. 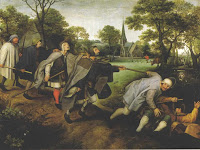 Sadly, the same predicaments also produce flashes of inequality, bigotry and discrimination, imperialism, institutional inertia, complacency and self-obsession. Beware the leaven of the Pharisees says Jesus. “Be watchful of yourselves, whitewashed tombs, brood of vipers!”

We can't fix the problems beyond us, but we can attend to the rot within us and among us. Then, in the light of such repentance, we could look outward in the light of all we had learnt and, in Wendell Berry’s unforgettable phrase, Practice Resurrection. Who knows? Engaging and transformative vision could go viral as it did on the streets of Jerusalem on the day of Pentecost.