On Waking up and Smelling Coffee

It’s hard to express the joy and relief, to those of us who often feel we live in the wilderness on such issues, of having an Archbishop who has woken up and shows real signs of being able to smell coffee. His much loved and revered predecessor, a scholar and saint, seemed to live on his own ecclesiastical planet, a place of bendy syllogisms, poetry and occasional weightlessness.

This produced an environment where it was a virtue for the Church to believe rather romantic stories about itself, for which synod became a massive recycling operation. Heavy in the air hung massive sententiousness about being the “National Church.” Its Nomenklatura shuffled around its hall of mirrors muttering to themselves mysterious self-referential Koans:
To hear that it is absurd and impossible to pretend that nothing has changed is actually a massive relief.

In the old world the Church saw itself as the National Trust for Morals, especially about sex, driven by fear, especially about loss of control, and a sense of its own entitlement. Good news was good news in a desultory “Eat up your Brussels Sprouts” kind of way. 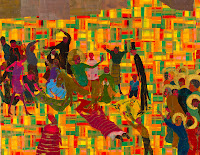 Where we are going the Church looks more like a movement, fuelled by faith, that can carry its institutional burdens honestly and lightly and not be bound by them. This kind of a Church is free to see what it sees. Its message is good news, not good news / bad news. This makes it Evangelical in the best sense of the term — genuinely engaged with the real world in a transformational way.

And the path to this new world, according to the parable of the prodigal son, is realism that leads to repentance, coming to its senses about itself, returning to the Father whose everlasting arms were always there underpinning everything. That leads to hope and, St Paul says, hope does not disappoint.

What does such a world offer those who are most invested in the old thing, who indeed have drawn much of their sense of identity and value from it? If the Peace Train is in the station, why should they climb aboard? We do not have to feel bad but we do have to think different. If we want a future without sexism and homophobic bullying, all we have to do is stop practicing those things, practice resurrection instead, and we are free. 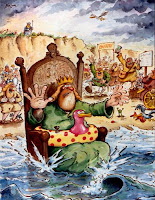 We lose the whip hand, and the right to bully and hector people from the moral high ground. But we lost that anyway, years ago. What we gain is the dignity and loving respect that all are due. There is no shame in honest disagreement; but everybody’s ideas are subject to impact assessment from everybody else, mutually. Such a Church expresses unity held in tension between people whose outlooks are their own, not groupthink secured by manipulative mannerism.

In fact, nobody is going to lock anyone up in the Tower of London for holding retro-conventional views about women or gay people — that’s another self-aggrandizing hysterical story that has been doing the rounds. But those views will lose their privileged status, and unless people who hold them work to develop a new kind of discourse that does not have to rely on fear, disgust and autos da fé, they will find it increasingly difficult to be heard because of all the morally repellent white noise outsiders hear around their message. This would be a crying shame, because the world needs their wisdom and positive input across the spectrum of concerns, along with everyone else’s.

Engaged or marooned on their own island? It's a stark choice, after the Indian summer for churchy solipsism in the past few years. However, in fact, the eternal God is our refuge, all of us, and underneath are the everlasting arms.

The only way to prove it is to act as though it were true, and step out in faith...
Posted by Bishop Alan Wilson

"The majority of the population rightly detests homophobic behaviour or anything that looks like it." This is simply NOT waking up. Once again, he's only saying we need to listen and work together. We've heard that for 30 years and the fact that anyone can make the statement above is evidence of NOT listening. It's bullying. It's the kind of statement that makes gay people feel sick and scared. It's also the equivalent of saying that gay people themselves are detestable. Anyone who can't see that isn't listening. We gay people in the church aren't putting up with it anymore and hearing such a statement simply makes us see the Communion as less and less relevant to the Gospel and to a social consciousness that is progressing.

He also said that this did not mean the church should change its policy on gay people.

And I cannot forget that this is the man who apologised in the House of Lords to gay people for the way the church had treated them - about 10 minutes before voting for the fatal amendment.

It will take a heck of a lot more than versions of "hate the sin love the sinner" words before I will even consider trusting that man.

I can see what a mountain there is to climb, and that it won't be overcome by mere good intentions. It strikes me there is a world of difference between acceptance based on an acknowledgment of equality — we are all equal under God, none entitled to judge others before the time — and some kind of hand-me-down accommodation where "we who are righteous will treat you [... who are not?] as though you were acceptable, even though we don't believe it, because we've got to for it's simply too embarrassing not to these days." The latter just isn't good enough.
The reality of this attempt to change direction will be revealed by its works...

Bishop,
Knock it off. You're obsessed with sex. +Justin hasn't shifted an inch-he is just seeking, as most of your colleagues do, to have his cake and eat it. Your boss in Oxford criticised the gay marriage bill on the Diocesan website but then managed to be busy for the vote. Another typical example of simpering Anglicanism. Pathetic.
Just give it a rest and get back to what matters. Spreading the good news of the gospel.
I'm amazed you have the time for all this online nonsense.

Religion is boring, expensive and wastes time and effort.