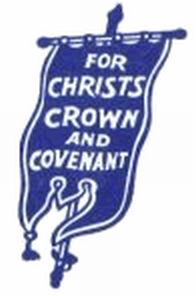 In February 1638, in Greyfriars Kirk in Edinburgh, Scots noblemen, gentry, clergy and burgesses signed a National Covenant, committing themselves under God to preserving the purity of the Kirk.

My distant ancestor Margaret Wilson is alleged to have been drowned in the Solway Firth by Episcopalians for the sake of the Covenant. Margaret, if you're reading this up there and wondering how your great great great something grandson ended up as a bishop, just take it as evidence that things are rarely as bad as they seem in the long term and in the end, er, everything is relative.

The Covenant was wildly popular, and, in the short term, sorted out the bishops and King Charles. But hang on — Jesus said you know something's value by its fruits, not its origin or its popularity. The Covenant's unintended consequence was the Salami Slicing of the Kirk, accelerating after 1843 into various iterations of wee and free. Amongst other eventual descendants of the Covenant, you can number the Ku Klux Klan. 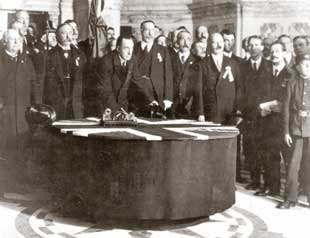 On 28 September 1912, Sir Edward Carson signed Ulster's Solemn League and Covenant. It mobilised Unionists, but its prime unintended consequence was 85 years of Civil War in the province. The PLO Covenant inaugurated er, the PLO. And just to show that covenanting doesn't stop you being covenanted against, the Hamas Covenant constituted a movement to destroy the PLO, as well as the Israelis.

Even in far-away galaxies, Covenants can be divisive. I am told, by those who know far more about this sort of thing than I ever could, that the Jedi Covenant certainly was:

There were no lengths that the Covenant would not go in order to prevent the rise of the Sith. The Covenant's Coruscant leadership sanctioned the Padawan Massacre of Taris after the four masters had a vision of the destruction wrought by Mandalorian Wars, Jedi Civil War and the First Jedi Purge. It appeared to be carried out by a Sith Lord in a red environmental suit, which might have served as a symbol that one of their Padawans would fall to the dark side, considering they were all wearing that same suit at the time the visions took place.

So there's a handy cut out 'n keep guide to a few Covenants.

We in the Anglican Communion have been discussing our own Covenant (see below), which of course doesn't involve beefing up our organisation to exclude Sith, establishing Coruscant leadership, or Purging errant Jedi.

But I wondered, and this is a historical not a theological enquiry, can anyone out there think of a "Covenant" (outside the Bible) in this or any other Galaxy, which, in the perspective of history has engendered unity?

A (virtual) Mars Bar reward, at least, goes to anyone who can help me out here... It's not a perfectly serious exercise, but enquiring minds would like to know...

Not THAT historical but - International Covenant on Economic, Social and Cultural Rights started in 1966 - still not completed!?

Though maybe these rights could be argued to have promoted division not unity in some places!

Thanks, Sarah. This is a real heaveyweight, I see. It's also highly idealistic. It's certainly closer to a covenant promoting unity than my original four. I see there's some controversy about its application to the murderer of Stephen Lawrence, but, Fleet St being Flet St they're blaming it all on ERurope, rather than the UN. I see the USA hasn't got round to ratifying it, though Jimmy Carter (whom I was rather impressed by at the Leadership Summit in Chiocago this year) did sign it. I will be searching out a suitable prize!

But I think the search goes on as well —