The Local church, the hope of the world 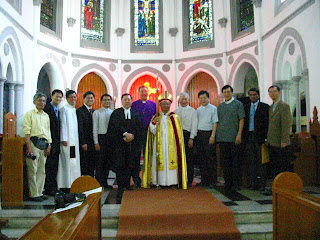 The Myanmar authorities have been putting on a show for the Secretary General of the UN, to suggest they are through the aid phase of recovery from Cyclone Nargis. I was very moved to hear at Bishops’ Meeting from the Bishop of Winchester about the response of the local Church. +Michael, who is very well connected internationally, was out there recently to represent Rowan at the enthronement of Archbishop Stephen Than Myint Oo, Archbishop of Myanmar & Bishop of Yango. 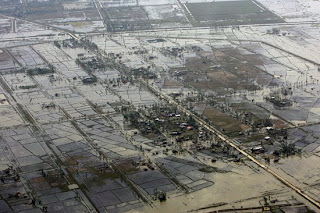 It’s a terrible situation and much to be hoped that access to classic aid agencies can be opened up further a.s.a.p; but meanwhile somebody has to do something. 42 years after all foreign missionaries were thrown out of the country, it’s good to know the network is strong enough to respond in love to an emergency. In the vital first 72 hours the church, along with other faith bodies, raised instant scratch squads of paramedics, doctors and engineers to go down onto the delta and get stuck in. 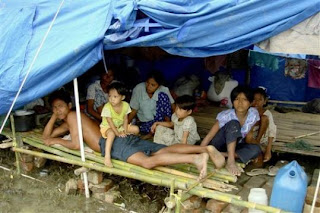 As often happens, the local church is there under the radar, and first on the scene — often “misunderestimated,” it really is the hope of the world.

Prayers, please, now for Mr Ban’s visit, and all that it could achieve.
Posted by Bishop Alan Wilson

I'm very glad to read this; thanks for putting this up.

You're absolutely right about the local church, I think.