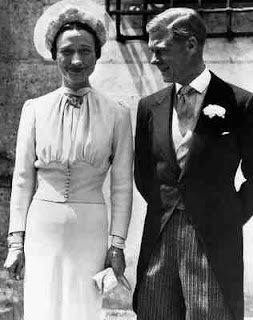 A slightly over-excitable person suggested to me this week that back in the 80’s Dr Martin Dudley was the first Anglican clergyman to marry divorcees in Church — I have no idea from where they got this comically ignorant notion. Throughout the last century registrar general’s figures indicate there was a steady trickle of a few hundred marriages of divorcees every year in C of E churches. Among famous marriers of divorcees on TV, Mills and Boon fans may remember the Revd Jardine who married Edward VIII and Mrs Simpson in 1937, but that was abroad, of course. 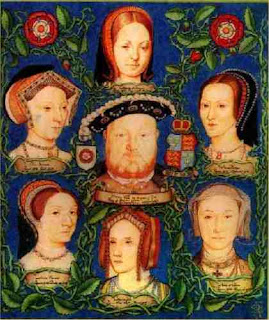 Hang on, some will say, wasn’t Archbishop Cranmer himself the first Vicar to marry a divorcee, and a rather famous one at that? Well no, I’m afraid not. Despite nonsense Pop historicism, Hank never got divorced. To get divorced Hank would have had to get in a time machine and jet himself 129 years into the future, stopping off at the Rump parliament by way of Milton’s Cottage for the world’s first Reno Divorce. Even he couldn’t do that. His “divorces” were RC style annulments, perfectly standard practice at the time, but without the sanction of the Pope which was usually sought and given to rulers on political grounds. Standard Hank Histories give the details. Divorce in England was actually invented by puritans in the 1650’s. Interestingly enough, before the last century the marriage of divorcees was essentially mandatory in the Church of England. Pressure for a blanket ban really took off as an part of the attempt to stem the growing tide of divorce after the first world war. Comparing divorce rates between 1918 and 1979 when the Church might be said to have came back towards its traditional pastoral policy, you can judge for yourself how successful the policy was. I can exclusively reveal (scoop, scoop) that Hundreds, nay thousands of Victorian divorcees were married in Church of England churches, abbeys and Cathedrals by clergy who were not Martin Dudley at all. The Courts of Judicature Amendment Act 1925 permitted clergy to refuse to conduct marriages of divorcees, but only if they secured for the couple the services of a another priest to conduct the service. The right to refuse to marry a divorcee tout simple was secured by Cosmo Gordon Lang in the aftermath of the abdication crisis — part of the wheeler dealing to obtain the compliance of bishops in the Lords with the 1937 A. P Herbert Matrimonial Causes act. 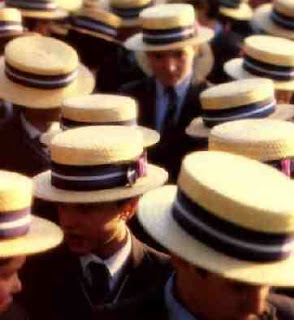 Like public school straw boaters, many ancient traditions which cause grief turn out to be newer than you think. This ancient traditional rule dates back to 1925; though the Canonical instruction only to 1957. The idea that marriage of divorcees was invented along with sexual intercourse in 1963 by the teenage 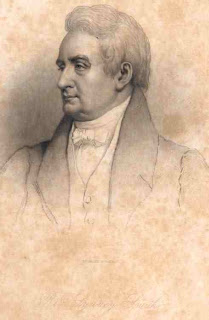 Martin Dudley is way, way way off beam from reality.

I sometimes wonder, reflecting on the characteristic fruits of post 1960’s “Mr Angry” traditionalism, if a lot of it isn’t driven by depression, which can easily take a sociopathic turn. Back in the 1820’s Sydney Smith, famous depressive, recommended a treatment that’s still worth a go — take long, and I would advise accurate, views backwards and short views forwards. It helped him stave off meltdown anyway.
Posted by Bishop Alan Wilson

I not want a divorce for Christmas!

You do! But you'll have to get married first...

I shall share this with a friend of mine who is always going on about the change in Protestant Attitudes about Divorce.

Thank you for posting this!

I think the thinking was a bit like this, but you'd need to check John Milton's essay on a Christian Man's liberty (1654?). The Puritans were against the Church as a legalistic gatekeeper to marriage, which they thought an abusive racket. What was Jesus' teaching, they asked? It was to return people to Genesis 2 and declare the prime purpose of marriage — companionship a la Adam and Eve. Puritabs declared that, not producing children, to be the essential characteristic of marriage and concluded that where there was no such relationship it was more honest to admit the fact and dissolve the marriage than pretend that the marriage was, to use a medieval RC concept "Indissoluble." Thus thought the puritans, why would Jesus tell you not to do something that would be impossible if marriage really were impossible to dissolve? It was a creation ordinance (to use puritan speak), and perfectly possible to dissolve in the OT.

After the restoration, divorce provision stuck, though it required a private act of parliament, and was unavailable to the vast majority of people until 1859.

Not sure my wife would agree with the Puritan stance, she has me handcuffed for life....hehehehe....I'm living in the wrong century...hehehehehee....

On a more serious note, humans are human and make the wrong decisions from time to time. I do not see a problem if two people break up for the right reasons and then in the future wish to engage once more with a new partner AND then seek the blessing of the established Church. Should we reject them on a technical note that could be argued from both sides?

The 1857 Divorce Act did have a clergy conscience clause in it which meant no one had to re-marry a divorced person.

Until the Herbert Act the whole argument was one about the Matthean exception, as until then you needed to commit adultery in order to get a divorce. After the Herbert Act the secular grounds for divorce no longer inhabited theological parameters, and the Church of England was effectively given blanket provision to opt out of marrying those who were divorced under its terms.

What is now entirely novel, and in no way a reversion to a previous 'pastoral approach', is the idea that a church wedding for a divorced person is given or withheld according to guidelines which place judgement of past behaviour before any notion of bond.

I assume by mandatory you mean that clergy had no right to refuse, rather than the appealing thought of clergy rounding up divorce(e)s and marrying them to people as it was mandatory. Since it isn't 1st April I am interested to discover something which I didn't know at all about the C of E's marriage practice.

Thanks for good and interesting comments. Robin, many thanks for your helpful correction. I'm surem though that the 1857 act did compel the clergy to permit other clergy to officiate in their churches — I don't believe that was 1920's. The objections were as much, as I remember the tale, to Lord Penance being a secular judge over what had previously been an ecclesiastical matter, as anything else. I also realise there were only 2 divorces a year or similar before 1857, so the chances of any member of the clergy encountering a divorcee were pretty minimal; and if you did, it as likely to be the sort of person with whom you didn't argue. Am I right in thinking there was quite a disparity in the treatment of men and women — men just had to prove adultery, where women had to prove adultery +, er, desertion? I'm very interested by your observations about the contemporary position and its supporting assumptions. Like to think about those. I agree about the substance.

Paul, by mandatory I don't even mean the individual had no right to refuse; they had no right to prevent, I suppose. It's the system within which any divorcee could get married, as long, I suppose, as they could find a clergyman willing to oblige. If you were such a ghastly person you couldn't, you'd got a problem, even then!

Er, quick PS. I suppose the C of E's classic position (following on from before the reformation) was that marriage was about children, not being a brute beast, and mutual society help and comfort. The puritans front loaded it in favour of mutual society help and comfort a la Adam and Eve. Hooray, we all say. But the innovation to which I can't sign up, is to suggest that all there is to marriage is mutual help, society and comfort. Puritans on speed = ... ?

under the 1857 law, the husband just had to prove adultery. The wife had to prove adultery and either desertion or cruelty. In cases where the couple mutually decided to divorce it was usually the husband who took the fall as the stigma for guilty wives was much more than for guilty husbands (and the second charge usually desertion (in the legal sense)). One set of my great grandparents divorced under that law (they had mutually decided to part though I think the decision was more on my great-grandmother's side).

Sorry for commenting on an old blog post, I've been reading back.