Zimbabwe — The Mask of Anarchy 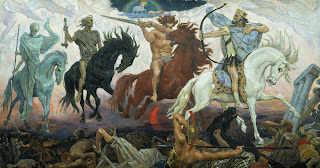 The four horsemen of Apocalypse seem to be doing just fine in Zimbabwe. If you remember the deal, Empty Conquest (Mr White) leads on violence (Mr Red), Famine and Drought (Mr Black) and finally Death (Mr Pale). The sequence is eerily accurate. 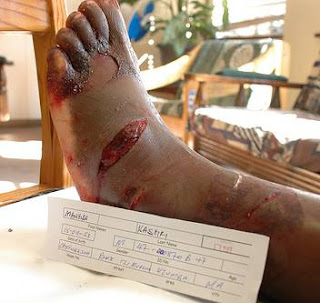 I was first disgusted by the behaviour of former Anglican bishop Nolbert Kunonga after reading asylum papers from one of his clergy who came to live in Bucks. NK was chucked out of the Church last year, after much abusive behaviour, including a bizarre anniversary bash in the football stadium. His version was that he was walking out because of the Gay Issue, and British colonialism. Abusive Twaddle alert. 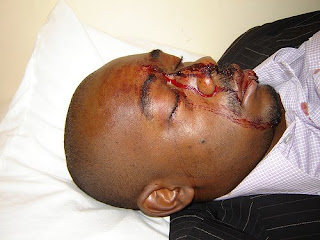 Last year I met a former Zimbabwe minister of agriculture at a confirmation in West Wycombe, moved to tears by the destruction of the good land by politics and corruption. Earlier this year, I met a family at another confirmation who had come over here to try and build some kind of life for themselves — decent people who had been much abused — one among many families.

As Zimbabwe prepares for an election with no opposition, the level of atrocity and human rights abuse, bizarrely, doesn’t seem to diminish. Online media are harder to suppress than their conventional counterparts. The Wardman Wire has been running a Mugabe Monitor detailing election news, including an Election Photo Album. Sokwanele 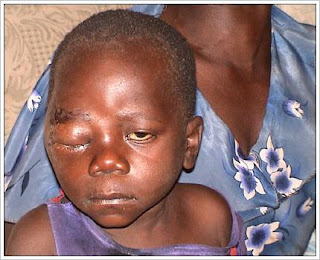 have a detailed Google map of 1450 cases of violence and intimidation with chapter and verse about the Terror. An initiative of the Churches, the Solidarty Peace Trust, gives a gallery of photos, and video background profiles.
And yet, incredibly, Mugabe apologists still toe the party line. The election violence is all down to the opposition, apparently. How long, O Lord?
Posted by Bishop Alan Wilson

It's the human stories, such as told by the people you've met, that really highlight the atrocities that are happening in that country.

Sometimes prayer feels so inadequate; but for most of us it's all we have in these situations. So, as inadequate as it feels, I continue to pray for Zimbabwe and it's people.

As all of this is a consequence of deliberate guidance from a central hierarchical figure - this is not Anarchy and doesn't even wear the mask of anarchy - normally when folk go on about 'It's ANARCHY!!!' [Shock Horror] its normally in times of wars which have been gradually ground down to bizarre and to foreign eyes nonsensical flashes of conflict -orders and losses and then a spiraling of violence getting spread ever further from the 'military focus' as folk seek to 'fulfill' the expectations of their 'betters' But here - this is EXACTLY what is being engineered by Mugabe!

It is much to the shame of the anglican church that Kunonga wasn't kicked out earlier but also that he was corrupted by Mugabe's regime - what pastoral guidance is there for folk who are so far up the tree?

This is a good example of why folk shouldn't have to bow the knee to any state.

Thank you Bishop Alan for your message in solidarity with Zimbabue.
I wrote an article in my blog about the terrible situation we are witnessing.

Thanks for comments and prayers; it may be there is a way through all this, but it's looking precarious.

I take the comment about fascistic states and leaders. The original mask of ASnarchy was the poem by Shelley about Lord Liverpool’s Government at the itme of the Peterloo Massacre in 1819 and six acts (I met murder by the way, he had a face like Castlereagh...) It's the orignal protest against an authoritarian government that has lost it, and covers over its having lost it by being authoritarian — and it's that reminded me of Friend Mugabe.

It reminds me of 'anti-authoritarian' authoritarians who think that 'fair' government makes for freedom and anarchy, well, anarchy - just agree totally with the horror of the athenian aristocracy at the peasants not voting for their two candidates (for the two posts.)

Bit of a sore point really, to be honest - siding with William Godwin rather than Shelley.

But the interesting and horrific speculation now says that the JOC (I think it stands for something like - Joint Officer Committee) now runs Zimbabwe and whilst Mugabe may be able to get amnesty/deal - these guys think they won't and therefore have no option but to hold Mugabe in place while they secure the presidential post before the bonfire reaches them.

Really interested by the speculation you've heard about what's holding RM in position. It just sounds frighteningly possible, really... Many, many thanks for logging it.