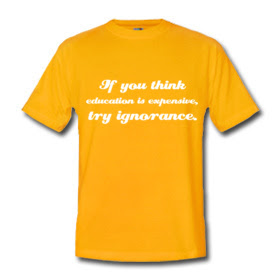 I have noticed during the course of the last couple of days some small factual nuggets that have raised eyebrows around the campus. We all make assumptions about others, sometimes hostile or uncomprehending. These can be reinforced by ignorance of others’ real lives and circumstances. So next time you hear apparently irrational ill of a brother or sister, ask yourself whether there could be some simple fact you’ve missed.

Here are six eyebrow raisers for starters:
Any more out there? Eyebrow raisers are simple matters of fact that colour assumptions...

Henry VII had one wife.

Thanks, and to Tom and other colleagues here for correcting H8’s latin numbering. I've corrected it, and a couple of other glitch typos.

- but they go ahead and do them anyway (+Bruno leading the way).

"Homosexual practice is punishable by death in Sudan, and parts of Northrn Nigeria."

- in places where Sharia has been introduced (leading to attacks on churches). Now who said a bit of sharia would be good for England?

So what's your point, Alan? Guilt by geographical association? You need better logic than that. Do I ahve to point out that the only crime Al Capone was convicted of was tax evasion? Does that mean he was just the same as Steffi Graf's dad?

WR 136 didn't say they had - it said there was synodical action to authorize ssb's:
'Recent developments within the Diocese of New Westminster and the Episcopal Church (USA), which both took synodical action to authorise public Rites for the Blessing of same sex unions, are one of the presenting causes for the current tensions within the Anglican Communion, and thus it is part of the mandate of the Lambeth Commission to address this issue.'

Dear Peter, thanks for your comments. The fact reains the fact, whatever the reason. It remains a constraint on the freedom of bishops from these areas. A conversation or photograph in the UK or US can have serious legal and other consequences for them and this needs to be borne in mind by people in the West who wish to fight out ehri gay issues through the medium of two thirds world cultures. I didn't say anything about sharia. Or Christian sharia-type legalism. My only point about the death penalty in the Sudan is the simple factual one that Sudanese culture deals with homosexuality in the way it does. Therefore various Western legal and cultural approaches are quite simply off the scale. Somebody quoted me a Sudanese bishop he had met in 1998 who had said to him “Why are we talking about this? It is not an issue for us. War and Islam is.”

Thanks for correction on WR136, if it is so. But hang on, can TEC could take “synodical action” in any way except through the general convention?

Some 20 or more dioceses have in fact allowed same sex blessings.

The way the revisionist sophists at TEC get around that unfortunate resolution in their endeavor to both 1) accomplish same-sex blessings while at the same time 2) denying that they are done or allowed is that they will explain to you -- if pressed and if you quote that little resolution to them -- "ah, well, the Convention did not authorize "the preparation of liturgies."

Which means, of course, that all is well.

After you experience a little more of this, you'll quickly realize the rank deceit of so many of the progressive activists and bishops in TEC and learn that, yeh, they want to "Be All Prophetic" but not actually stand up in public and admit what they are doing and take the consequences of "Being All Prophetic."

For Exhibit A of this charming sophistry, see Bishop Bruno's response on camera to a question from the New York Times about whether he "gave permission" for same sex blessings.


Good luck with navigating your way through the attempted obfuscations -- we in TEC have had years to learn, and you only have three weeks to figure it out.

Actually resolution C051 says "That we [GC '03] recognize that local faith communities are operating within the bounds of our common life as they explore and experience liturgies celebrating and blessing same-sex unions." (fulltext) The spin I heard given to the resolution at the time was that it was a way to recognize what the facts on the ground were without actually approving ssbs. Certainly the rest of the resolution is full of reaffirmations of older resolutions and language saying how little agreement there was on the issue.

If we're going to talk about ssbs, though, it might be worthwhile to ask about what various parishes in London do. At least I have heard that the blessing at St. Bart's wasn't anywhere near the first ssb ever to be done in the C of E.

The comment about Canadians and gay marriage is totally wrong. I know of at least 2 couples, who got married within 6 months of being allowed to. This is one of those Urban legends. It is however true that within the first 6 months of the Diocese of New Westminster allowing blessings of same-sex partnerhsips there were only 2 carried out - both of long-time members of the Diocese.

how about this one:
I am particularly grateful to hear him say that "the conviction of the uniqueness of Jesus Christ as Lord and God and the absolute imperative of evangelism are not in dispute in the common life of the Communion." This slanderous bit of boilerplate has been repeated frequently by the opponents of the Episcopal Church, and it is heartening to know that the archbishop realizes that it false.
- bishop John Chane (TEC, Washington)

Interesting, this man who is defending TEC against this "scandalous" charge, when you read his sermon excerpts:
http://www.standfirminfaith.com/index.php/site/article/14758/
this includes (drumroll) a revelation that it was the Angel Gabriel who gave Moses the 10 Commandments (which is maybe the funniest part) - but look at what he says, and the implications it has for the doctrine of the uniqueness of Christ.

Hmmm. I don't know who John Chane is, excuse my ignorance, but obviously there are people out there who don't like him; and presumably some who do. I don't think I want to source from hostile ad hominem attacks, because I find there's always another side to these. Therefore I'm staying out of other people's motives — they're not facts I can check.

Bishop Wilson,
You're right indeed not to judge Bp. Chane's motives and to want facts rather than ad hominem attacks - these are checkable facts.

His quote above about the "slanderous bloilerplate" of those attacking TEC, specifically regarding the uniqueness of Christ, can be found at http://timescolumns.typepad.com/gledhill/2008/06/summer-of-schis.html

However he seems to engage himself in denying the uniqueness of Christ in his Christmas sermon of 2003, http://www.edow.org/news/media/releases/2003/jbc_xmassermon.html (his own dioces's site).

It is Chane himself that uses the word "slanderous" referring to orthodox critics of TEC, I won't characterize him here and will allow you to make your own decision based on these links - the article at standfirm has a number of Chane sermon quotes and links. I've brought him up just because he denies that TEC has a problem with these things.

This is a particularly interesting issue since Williams has underlined the importance of orthodoxy, and now it seems some TEC bishops are complaining that they are being unjustly attacked, and that the basic kerygma is not in question in TEC. Let us hope that they truly do intend to preach the gospel as it is found in scriptures, perhaps your indaba group can think of a way to help keep them accountable on this issue, if there truly is a will on their part, at this moment, to be orthodox. Good intentions can so easily slide when no accountability mechanism is in place.

I think it's a pity that so much of the talk is about sexuality when these core issues - uniqueness of Christ, deity of Christ, resurrection, etc., are also at stake and much more important to Christian faith.

And yes, he * does * say that Gabriel gave Moses the 10 Commandments ("Law"), that's in the sermon link above, you can ask him where he got that one from.

That's a strange rumour about Canada.

The stats for the first 3 years can be found on Wikipedia:
http://en.wikipedia.org/wiki/Same-sex_marriage_in_Canada

Since then, there have been many thousands more. I don't have access to a lot of data at midnight on a long weekend in Canada, but it's available.

On October 1, the Legislative Department of the City of Toronto provided the law firm McGowan Elliott & Kim with a brief update on marriage licence statistics.

The total number of licences issued to same-sex couples where both partners were from the United States: 247

From Ontario (other than Toronto): 54

People stopped posting the stats on the internet in late 2006 when the legislation passed the Commons. At least in Toronto, it's a pretty normal part of everybody's life to go to weddings of various combinations of genders.

Remember that the data on Toronto marriages is not up to date. It's from the the first few months of the opportunity to marry.

It's such a colossal non-issue here now. The big deal here is the date of the next election. Will the Libs pull the plug on the minority Conservatives?

Marriage is a respected but quaint custom in Canada. Common law couples have most rights and responsibilities of married ones. It's fine with everyone to make your own choices. Almost no one in Quebec marries: it's very antiquated to marry in Quebec. Almost no one marries without having lived together for quite a while first.


Straight or gay, there are are still a few of us who are old fashioned and want to marry.
The shocking thing is that anyone does.

Re your point 3, you say that 4 days after your initial posting this was "incontestably true". Did you obtain any real evidence for the statement? Are there any Islamic sources that confirm this? Is there any external evidence beyond the statements of bishops at Lambeth?

I'm not saying they're wrong, but for something to be incontestably true you would need more than just somebody's verbal assurance.