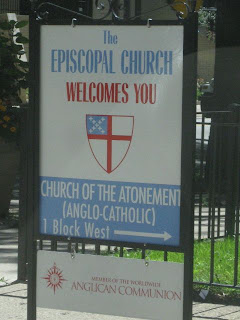 Back this morning to our little ol’ medieval house of prayer in Great Missenden. Last Sunday, after days worshipping with a wonderful rock band at Willow Creek, Lucy and I went Anglo-Catholic in Chicago, at the Church of the Atonement. The congregation at the third service, very full for the vacation season, seemed delightfully diverse after the slightly WASP feel of the previous few days. The Episcopal Church welcomed us, generously and delightfully. 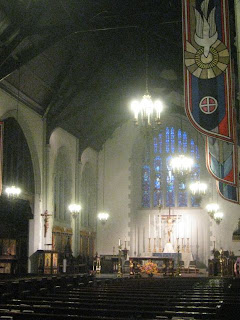 It was great joy to be in a church family where people broadly rub along in realistic ways. They readily kitted me up (incuding mitre) to be part of a joyful shared experience in which everything fitted together smoothly. Mother Jackie Cameron presided beautifully, though I realise Brother Ronald Fox and others work hard behind the scenes to make everything hum along seemingly effortlessly.
Given alarmist rumours this side of the pond about the Episcopal Church, many stoked up by its own dissidents, it was deeply normalising and a great honour to be right at the middle of this eucharist, expressing clearly how we all belong together, different as we are. Celebrating the Transfiguration at the Atonement was a bit mountain-top. God’s light shone through clearly, showing me the centre, like a trip to the cleaners. I was delighted to meet various people afterwards. Many had personal stories to tell about being there, some involving recovery from various kinds of religious abuse. If this congregation is “liberal,” though, frankly, it would be pretty meaningless to call it particularly so, it would not be a matter of ideology, but an understandable instinct in people who had been impacted negatively by more “illiberal,” manipulative or chauvinistic religion. Atonement had the breadth to take it and could, it struck me, be a real healing place. I first experienced Anglo-Catholicism as a teenager. I was fascinated by Anglo-Catholics’ ability to engage with God in Church with solemnity but without taking themselves too seriously. At the pub aftrewards, people were real and really humerous about what had actually happened in Church. Aged 17, a friend and I bumped into the priest in a pub, and wondered whether we would get a rollicking. Far from it. We got a drink, along with a pin cross to wear and an injunction never to be ashamed of being known for a Christian wherever we were. This incident said something powerful to me that I hadn’t quite caught yet in more earnest and self-conscious Protestant discipleship, and I’ve never forgotten it. I was so captivated that years later when invited to find a subject in historical theology I wrote a thesis on historical Anglo-Catholic ecclesiology.

It’s a shame that the word “Catholic” in itself stirs the blood less these days than a hundred years ago. There seem to be two different ways of using the term “Catholic:” 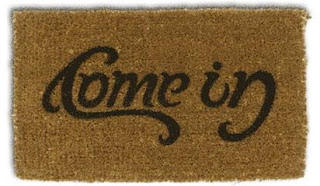 Use (A) of “Catholic” refers to a mark of the Church named in the creed, extended in time and space. You become part of the Catholic community of Christ’s people throughout the world in baptism; it’s an objective characteristic of Christ-followers (to use Willow Creek terminology) and God sees them whole, both in the scope of their life together, and their eternal destiny. In this sense the Prayer Book talked about “the whole company of Christian people.” One of the most powerful experiences of Lambeth was to be surrounded by people saying the Lord’s prayer in over 100 languages simultaneously, gathered freely from autocephalous local churches all over the world. It expressed particularity and true Catholicity perfectly. 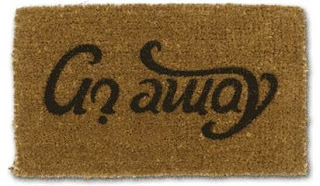 Use (B) of “Catholic” is as a kind of designer label. It’s a particular house style or, even worse, a term of exclusion. It can even be reduced to a denominational tag. Once this bizarre piece of reductionism happens, people can develop an anal retentive fascination with whether Rome, or someone else, has the best exclusive franchise on the club. Such a process applied to this word, of all words, is bizarre, if you think for a moment about what it actually means. Who on earth could be silly or arrogant enough, really, to think that their particular denomination was somehow everything? 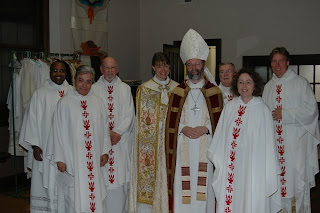 Everything to them, if they like, but the Catholic whole is so much more diverse, particular, gifted and resourceful than the local. It would be good, especially after Lambeth, to capture that dimension increasingly back home. The Church of the Atonement was a great place, personally, to do that.
Posted by Bishop Alan Wilson

It sounds like you found a wonderful place to worship!

I envy you visiting a place like Atonement, which is genuinely Anglo-Catholic. I live in an evangelical diocese, so we don't get to do Corpus Christi processions and such here.

We do sing "Shine Jesus Shine" a lot, though.

That really does sound like a wonderful church! Bit far to go for Sunday worship though....D'oH!