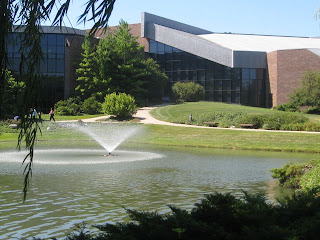 Good to be back at Willow Creek for the 2008 leadership Summit, with 18 colleagues. I have said every year that if I did not learn something of real practical value, I would give it up. As it is, there has been valuable learning every year. I’m fascinated by the integration of Evangelical conviction and courageous pragmatism at Willow Creek, and their peoples’ commitment to excellence in all they do. 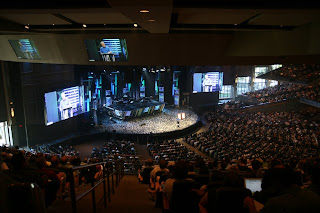 The summit doesn’t provide a blueprint to impose on everywhere else, as much as a rich resource focussed on becoming more aware of leadership issues and challenges for what they are. Learning in an unapologetically Evangelical learning environment, within which wholehearted commitment is a key value, brings me back to my own roots of faith and discipleship. So much of what we do in England slips away into far less than it could be through cynicism, fear and the habits of mediocrity. 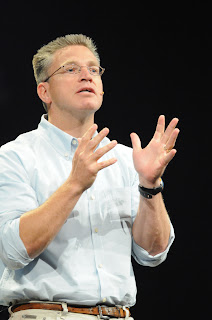 Emerging among other things on Day One was a sense of the primacy of faith, as courage and authenticity, anchored in God. Bill Hybels explored the relationship between full commitment and laying hold of the life that is indeed life. Gary Haugen, former UN genocide investigator in Rwanda and now CEO of the International Justice Mission, walked us through the feeding of the 5,000, and the need to bring what we have to enact God’s justice. Bill George, professor of Management Practice at Harvard Business School, analysed the difference between last century’s ideals of Command and Control leadership, which have largely failed us in many fields of endeavour, and the kind of leadership required now that aligns, empowers, serves and collaborates. 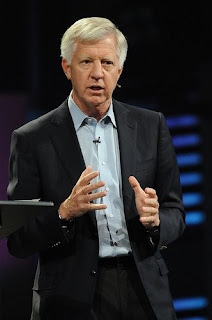 Bill suggested we have generally gotten into the habit of valuing charisma more than character, image over integrity, style over substance. Focus group politics can be a fearful distraction in which the task of following a vision realistically is eclipsed by the mandate to make the lowest functioning around us feel good about themselves, regardless of the consequences for anyone else. Leaders need to be secure and authentic within themselves, to the point they can be honest about pragmatic reality, and fully open to others’ contributions.

So, a good start. The clever bit is in the application, though...
Posted by Bishop Alan Wilson

Thanks for the heads up. I am a great fan of the GLS and always go to the videocasts if I can. Looking forward to Bristol in October.