Back to Church Sunday Back to Back 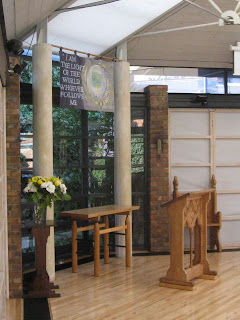 Back to Church Sunday at Emmanuel, Chesham, a classic Evangelical church which has grown so much they now need two shifts on Sunday mornings. Emmanuel started out as a Victorian daughter church, which built a new contemporary worship area (with expansion pods on the sides) in the early 90’s. They went on to convert the old building into working space for groups and activities. John Shepherd, Vicar, is a quiet leader; biblically centred, high on reflective obedience rather than extravert high jinks... and the place is just heaving with people. It’s got one of the easiest worship groups to sing with — supportive rather than domineering. This church grows ordinands, and is amazingly engaged all around the community it serves. 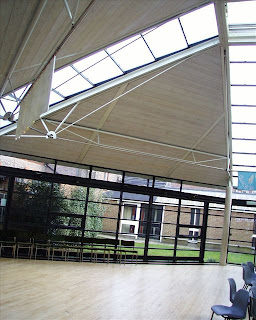 With sustained organic growth in numbers over recent years Emmanuel has had to double up morning services. It was strange to lead exactly the same service with John times two, but with a different music group etc. It also surprised me how distinctive each service was, given the basic script was the same. I’m told that it is almost impossible for a congregation to grow in our culture, once the accommodation is 80% full; something has to be done, and doubling up is a relatively economical solution, in buildings terms. 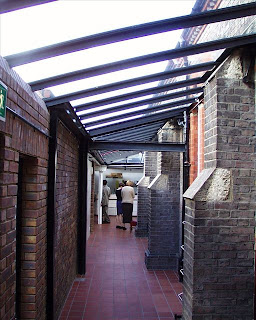 Dividing into shifts is something one or two Bucks churches have had to do in recent years — It’s gone really well in Wendover. Earlier this year, working with another congregation in Bucks that was considering doubling up, not Emmanuel, I came to realise how complex this transition can be — it puts a big loading on the human and ministry resources of a congregation at one fell swoop. 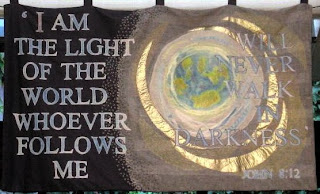 A lot of prayer and discernment has gone into doubling up at Emmanuel. Everything flowed, and I would have had no idea they had only doubled shifts for the first time two weeks ago. It felt as though this had been the pattern for ages.

The challenging news, and I hate to say it, is that the 9·00 was about 75% full, and at 11·00 there wasn’t a spare seat in the house! therefore, if the 80% rule is true, now is the time to consider future needs! Emmanuel is growing a new ministry on one of the estates, which has just outgrown a house and may become a church plant...
Posted by Bishop Alan Wilson

I'm curious to know why they decided to go to running the same basic service twice. It seems to me that the need to run two services gives you the opportunity to broaden the range of what you can offer as a Church.

In our pattern there are points in the year when we do run the same service multiple times, for example our Christingle service now runs four times on Christmas Eve to accommodate everybody, but in the regular weekly pattern in the 9:30am slot we provide services to appeal to more specific groups who wouldn't otherwise come at other times, for example by running a prayer book service for those who want BCP, and a short accessible non-eucharistic family service for families who are on the periphery and might not feel comfortable in the more traditional main 11am service.

I think the honest answer is that they're fairly new to doubing up, and wanted to try and avoid doubing up the preacher's preparation time — I suspect this is a parish where significant investment of time goes into preparing weekly teaching. Wendover's pattern is exactly what you're suggesting, with the 9.00 slightly more traditional and reflective, the 11.00 slightly more bouncy. Two things I noticed listening to members of the congregations in both:
(1) In Wendover last year there was a good interchange between congregations although the feel of services was significantly different. I think the management encourage this.
(2) One young family in Chesham were really keen on the earlier service, because it gave them a complete worship and teaching experience and the rest of the day together after 10.30. When I asked about the early start, they pointed out that their kids get up at 6.00 every morning anyway!
Now you mention it, we used to run Christingles in shifts in Sandhurst, because we had 800 odd people to get through a 350 seater Church. Those were the same services at 1500 and 1800, but it was quite a strain on the system. Everybody (including choir and Christingle band) ended up after the second one coughing up blood!