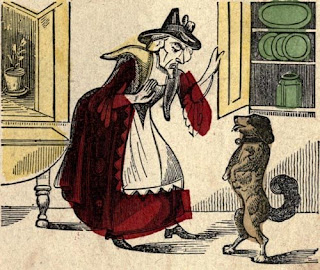 Whilst heading for the Earth’s Core yesterday, the FTSE-100 plumbed the magic depths of 4366, passing 4435 on the way — its monthly low when the Blair government was elected in 1997. So there you have it, folks. All the puff and funnymoney was soapy bubbles after all. When everybody gives up making anything or saving anything to become a property wideboy instead, we all end up in the poorhouse. Bailouts follow overtrading as night follows day. Borrowing short and lending long is fun for an afternoon, but hopeless long term. Big unearned bonuses make wasters. Loss is loss, and as poor old King Lear pointed out years ago on his way to the Funnyfarm, nothing will have nothing. Fancy that. Now What?

"At least the watermelon's good."

There's a thought to keep in mind over the next bumpy few years.

Perhaps there's watermelon in this.

It's a comforting thought. At least the watermelon exists...

Not sure if it should be said here, but isn't a lot of our frustration at the greed of 'them' bankers, a distraction from the fact that we've been caught out by our own greed and optimistic assumption all will be ok?

My cash was in IceSave. Why? Because I wanted more money out of it that a lower interest ISA. My mortgage is high because I bought a bigger house by taking a large multiplier of my salary. I have debt on my credit cards because I bought before I earnt. Yes the credit crunch is due to bankers in part, but if I'd kept my money in a safer way, bought a more modest house, and only bought with what I had then I wouldn't be so affected by them.