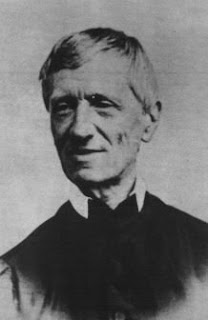 There’s a veritable starburst of factual religious reporting going on in the Times, about the decomposition of Cardinal Newman’s body — many thanks to Ruth Gledhill and Libby Purves. Before Lord Northcliffe, Randolph Hearst, and “the yellow press,” newspaper reports were highly factual, like contemporary local coverage of village dog shows with all names — boring, perhaps, but a real record. As a research student, I found Victorian newspapers to be serious sources of fact as well as lurid opinion, very different from today’s press. 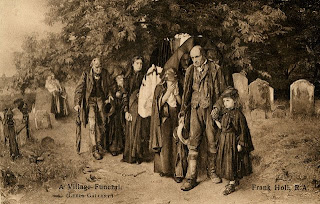 Julian Litten has done wonderful research on the English Funeral. The 1890’s marked the heyday of Victorian funerals, before the first world war cast the whole culture of the English funeral into a different, more modest, key. Middle class aspirations, reinforced perhaps by fear of premature burials had popularised embalming and show. Newman, like other personally devout believers, eschewed all this, reasserting the scriptural principle of “dust to dust.” The use of moss is well attested for funerals which involved transporting coffins by cart, as cushioning. It seems suitably pre-raphaelite — they lined the hearse with it for William Morris’ funeral in 1896. 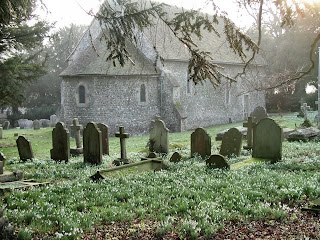 I am not surprised to find Newman’s wishes for his own funeral reflect the images of Keble’s Christian Year. Moss, for Keble is the sign of verdant spring even in Autumn and thus the hope of resurrection. In one poem he describes the kind of place Tractarians would want to be seen dead:

Within some circling woodland wall,
Where bright leaves, reddening ere they fall,
Wave gaily o’er the waters brown.
And let some graceful arch be there
With wreathed mullions proud,
With burnished ivy for its screen,
and moss, that glows as fresh and green
As thought beneath an April cloud —

There is absolutely no significance in the use of the word “gaily” in line three, not even for Newman and Ambrose St John. Sorry, Peter...

Conversation at Barton-on-Humber, reported via a number of directions. Coming from ecumenical prayers, a conversation about J H Newman. An evangelical present said, "Yes but did he know Jesus?" This resulted in various choking and spluttering type words from Catholic types present.

Hmmm... shades of “I know you found Jesus, brother, but what was he doing under the sofa anyway?“

And, of course, historians will point out that JHN had a radiant Evangelical conversion during a period of serious illness when he was a teenager, and became a staunch Calvinist for while. Would that qualify?