Evangelism: Spam versus Living it 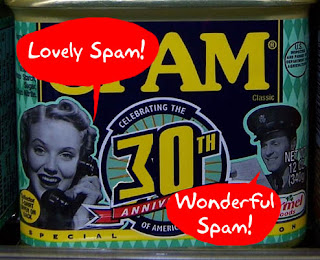 A wonderful post, required reading for all Christians, by Joe the Peacock, on How to actually talk to Atheists. Major h/t to David Keen. From his side of the counter, Joe offers some pointers as to why most “Evangelism” is so futile. He is not taking the Mickey. He is sharing honest experience, and telling the truth: 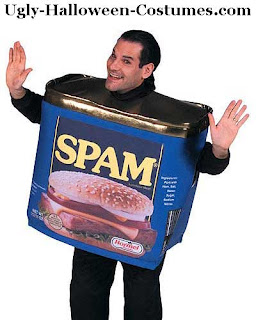 Using the traditional, human-spam model of witnessing, you use interruption-marketing techniques to spread the word about your faith. Because you are Christian, and because you are employing techniques that are unwelcome and unwanted, you communicate the following through your actions:

Even if the conversation never ensues, it's a universal truth that action speaks louder than words. People DO take notice of those who act in accordance with a respect and love based lifestyle. They feel good when they see a person helping another person - and in fact, it makes them want to help out themselves. One need only look at the total figures of collected donations for the victims of Hurricane Katrina and the World Trade Center attacks to see this in action. Deed follows deed. Tell a person what to do, and you may get them to do it... Make them want to do it, and it'll get done, no matter what. Ultimately, salvation has very little to do with saying the words "I believe Jesus Christ is the son of God and died for my sins." There are many, many people - some of whom hold the highest offices in the American government - who say this, and then go on to live lives that, by any account, are not at all Christ-like. How many people in your church have spent a week engaging in debauchery and other 'sinful' behaviors, only to appear in church on Sunday, ready to ask forgiveness for what they've done? And how many go right back out and do it again? How are these people better than those who live good lives and help their neighbor and further advance brotherhood and unity... But don't believe in God?

Which of these two types of people would you rather point to and say, "I taught them that?" 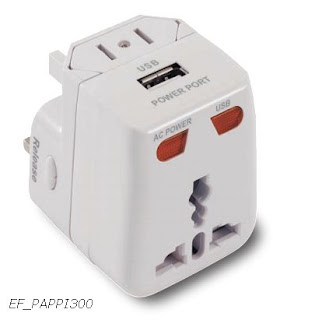 This is beginning to sound exactly like Matthew 21:28-31. Because it is. The human spam model, as well as being counterproductive, induces guilt in Christians who feel they ought to do it but don’t quite have the brass neck. All Christians actually have to do is be themselves and walk with an honest heart. It’s easier to reduce discipleship to checkboxes and slogans and be pushy, than to live the life. The fruits of the first approach are frustration, resentment, dissension. The fruits of the second are curiousity, acceptance and joy.

There’s a good English tradition that translations are for wusses. If talking at a non-English speaker who doesn’t understand you, all you do is speak louder. Joe points out that this is not, in fact, the case. All I would want to add is a rider that as well as applying to attempts to convert people to Evangelical Christianity, this applies to communication among Christians. Given a band of enthusiasts, you need to discern their methods, attitudes to community and processes, not just their ideas. The acid test remains that set by Jesus himself: By their fruits ye shall know them...

Really interesting link to this post with a communication theory dimension by John Griffiths, here. Thanks, John.

Well he did miss out that the unicorn is pink and invisible.

Certainly I find the accosting method of evangelism highly annoying as do many in the US (including I think many Christians whose Christianity isn't up to snuff in the eyes of the accoster). People, Christian or not, who are humble and are working to help others materially in this world have my admiration.

To me, this is all very obvious.

But what would you, as a Christian, now say to those who fervently believe that unless you "take the Lord Jesus into your life" in precisely the way they interpret this, you will end up in hell?

I remember with shuddering a blog discussion where hard line evangelicals insisted on terrifying a dying man into proclaiming faith during his last hours, because it was their (!) last chance of saving his soul.

Erika, I’d be tempted to say, to twist a popular slogan, “There's (more than) probably a God — Now stop worrying and enjoy your life.

I'm entirely with Thomas Aquinas on this one — not to love God as a Get out of Hell Free Card, but as a reflection of his love.

I'm beginning to feel that parting company with this traditional insight is often the beginning of a journey into religious abuse, which I'd want anyone engaged on to reflect on carefully rather than simply undertaking unreflectively

Wow, Bishop Alan, thanks for reading my article and for linking to it. It's truly a strange day in my life that someone in the church (any church) actually approves of something I've done, but I really appreciate it :)

If I have "found God", then I have found god not as a Christian but as a Hindu. I'm not sure how useful that label is because of all that is associated with it at the surface level, but it's close enough for now.

All that aside, it makes me wonder when I encounter people who tell me that I need specifically to worship Christ, that this is the magic switch that makes the difference rather than anything else about being good to others.

Even the bit about "Ours is the only one that offers a saviour", but that depends on believing you need a saviour. If you don't have that structure of "Original Sin" but have something else then your "needs" are also different.

The good actions, the going out and loving others, that is good stuff. It can be seen in the message we're told of Christ as well in messages we find all over the place.

That seems a good thing to concentrate on - but the insistence that you _must_ worship a specific deity to be "saved" seems more a problem in the world. Especially given the multiple groups who have such strong beliefs about their different deities and it would seem could never come to agree.

Richard, thank you for telling us something of your growth in faith. I suppose everything depends on what people mean by "need to worship or else..."

Taken to extremes such a view would pose quite a problem for basic Christian theology of Grace, because it would, in Protestant terms, make worship into a work that (functionally) earned salvation.

What interests me is that when you get groups of students and give them a selection of, say, 11 NT atonement theology models, very few, even fervent Evangelicals, go for one tout simple. They more often seem to opt for two at the same time, one "God does it all" and one "You've got to work your socks off."

Thus tidy minds deal with mystery, and it's not a bad way to do it.

One might say that when one does believe then the fruit are there by the Holy Spirit- when you do indeed see and understand and take into your heart that God has loved you so much that He sent His son to find you, the lost - that he died to self for you and asks you to do likewise. This is not something the Hindu or atheist can say - a Christian can say confidently that He loved us first and He helps us love through His Holy Spirit. People might say, do you really believe this doctrine _ I would say it is more than doctrine it is revelation (as much as the resurrection) and the testimony of many believers. When the Spirit is truely at work, you are a new creation and you will live, rather than continue on in death, because your love for Jesus Christ - who reconciled you to the Father compels you.

One might ask is the Hindu really loving God if they have rejected His son - or is he only trying to earn himself a better re-incarnation through the flesh rather than worshiping through the Spirit.

Anonymous, please feel free to use your name. Willingness to do so does lend credibility to what you say. What about the Hindu who has not rejected Jesus?