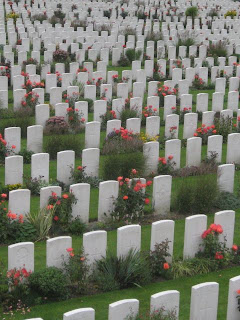 The 90th anniversary of the Armistice has triggered interesting historical reflection about the First World War. Perhaps the time is coming when our perceptions of it can become more historical. Military Historians are probing the inadequacies of what you might call the Blackadder view. Nowadays they talk about a “learning curve” on the Western Front, which the British army negotiated painfully and sometimes haltingly, but neverthless successfully. 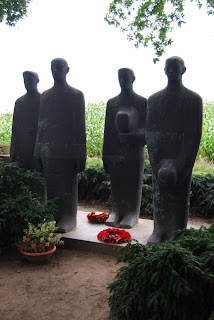 Confronted with the horror of the war, of course people said “never again” and talked of it as a war to end war. Given the way in which Germany collapsed, and the way things were left after Versailles, we can easily see now that the peace terms contained the seeds of the next war; so the real learning curve is about exit strategies and how you leave things. The Clemenceau desire for punishment and revenge, however understandable, has to be curbed, in a way it wasn’t in 1919. 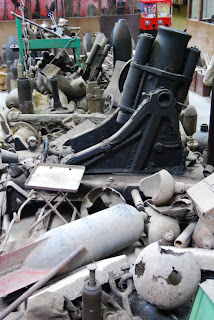 I wonder wehther a generation raised on computer games will have a greater or a lesser capacity to feel for the human dimension of war? We are more squeamish than our great grandparents, but there’s a danger everything becomes a computer game for us. With the Big Snit in mind, I was interested to come across a Bigger Snit, pictured by Vincent Chai at the University of Hertfordshire — a dead cert war to end wars, cobbled together from 21st century fears, fantasies and images:

Military Historians are probing the inadequacies of what you might call the Blackadder view.

Gary Sheffield is an excellent writer from this school of thought, and I would highly recommend him, if you've not already read any of his stuff :)

Many Thanks, Lizzie. I did come across Gary Sheffield when I was Rector of Sandhurst, and he struck me as a real breath of fresh air. It's good to see other historians, and especially perhaps among TV historians Richard Holmes, nailing down our historical perceptions better.