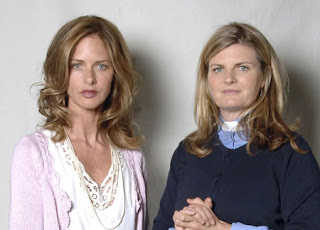 Vot does a Vooman Vont? Big Issue, of course, for Sigmund Freud. I wondered myself as I appeared fleetingly, but long enough for people to notice, on Trinny and Susannah a couple of days ago. The main subject was my vicar, chaplain and colleague, Rosie Harper, (previous on ths blog here) trying out new alternatives to conventional “Dibley” dog collars with them. And yes, I confess, I did ask Susannah Constantine whether she thought my bum looked big in this. Was (weak) joke, not necessarily intended for primetime national TV... and perhaps it was unfortunate the clip made the trailer as well as the show. 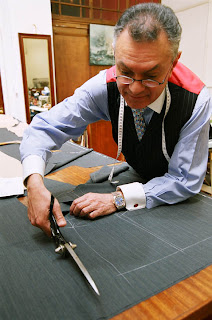 On a rather Female show, I realised how blokey and ignorant I am about Fashion and all its works. It wasn’t quite like Father Ted and colleagues in the lingerie department, but I realised how little I know about that stuff. The TV crew and Susannah Constantine were delightful, and easy to have around. There’s an idiot response to fashion which just sees it as inherently superficial. I disagree, now. I understand that many don’t have much choice about their appearance, but how they look is not inherently egotistical, just part of their real humanity. I was amazed by the dignity and care about appearance of families in Indian Villages last year. Dismissing appearances says, on one level, that people don’t matter, and I think that’s as questionable a notion, for an incarnational religion, as airhead obsession down the mall. OK, ironside Puritans, what’s wrong with people being creative about themseves, and feeling more confident?

Looking around clergy colleagues milling around with Susannah and TV crew, they struck me as a varied, enterprising, original group of people. Actually there wasn't a single look among them you could label “County Lady” or whatever. Some are more appearance conscious than others, and doubtless some more adept than others at the dark arts of knowing and managing how they come over; all, however, very engaged in role, and wonderfully interactive. 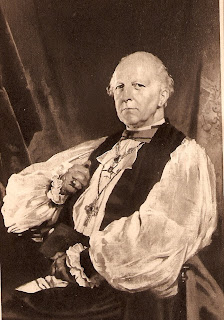 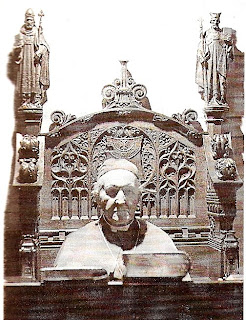 Wondering about makeover options for bishops, I came across two interesting image statements from the good old days when bishops really looked like bishops, both Cosmo Gordon Lang.

I fear neither is quite me. The one on the Right especially gives me the creeps. How scary is that? My bum would definitely look big like that...
Posted by Bishop Alan Wilson

My coworkers had to come see why I was laughing so hard (at your last line...) Thanks :)

Could get a taste for this style fashion icon thing. Suspect I won't, though...

The second image of Lang makes him look like Judge Jeffries about to sentence someone to death for raffle ticket theft.

Would love to have seen you in a pair of gaiters. Methinks Cosmo was onto something there.