Kicking ’em when they’re down

Cosmo Gordon Lang, Archbishop of Canterbury back in the glory days of 1937, is reported to have had strange views on bullying. His chaplain told him that Lang’s response to the Abdication made many people feel he had kicked a man when he was down. “But what’s the point of kicking a man,” mused his Grace, “if they’re not down?” 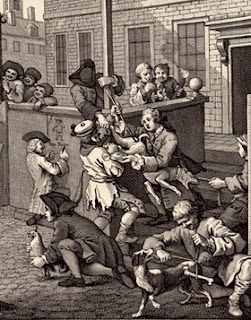 Apparently such attitudes are still alive and kicking in the UK workplace. The Equality and Human Rights Commission reports research that indicates some frankly disgusting home truths. Here is a list of workplace behaviours, reported by people with disabilities/ long term illness, and people without. See if you can make it through, without feeling sick. Proportions with a disability/ long-term illness are given in bold, set against a control group without, in italics. The asterisk indicates statistical significance:

So your chances of being beaten up are actually 3% higher if you are in a wheelchair. What??! And if you aren’t in a chair, but suffer from a learning difficulty, psychological or emotional condition, the likelihood of these negative experiences at work increases by a sickening 167 %. What, indeed??!

Additional factors that raise the chances of experiencing such behaviour include: 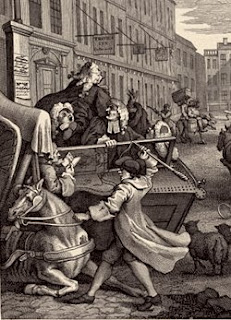 I cannot begin to account for these shameful figures, which strike me as way out of kilter with the kind of people we would all, surely, want to believe ourselves to be. One thing is obvious, however. This is a problem for all of us, even though the objects of bullying are picked off one by one on any given occasion. Formal workplace procedures need to be backed by positive understanding and partnership. The Churches should be in the lead, but, sadly, whatever we profess, third sector workers raise their chances of being bullied by 118%.

When and how do we think things are going to change, and how proactive are we willing to be to change them?

A subject dear to my heart - having spent twenty seven years in public sector management and both witnessing, and experiencing, such behaviour.

Part of the problem lies in 'target culture'. 'Simple, measurable, achievable, realistic, targets' are almost always attached to what is measurable. Human experience is not so easily measurable as some things, so the targets relate to those some things (output, profit, growth, sales, whatever) and the human experience bit goes hang.

Another part of the problem is to do with 'macho management culture'. Be tough! Get real! When the going gets tough the tough get going! We pay by results! Human relations are for wimps - and clergy (worth bearing in mind in any Christian ministry in this area).

The third thing is that most management theory does not recognise that failure, under-achievement and so on are simply part of the reality of (if I can get theological) a fallen world. Remember the guru book 'In search of Excellence' - many read it, few I suspect embraced it. It might have been a different story if it had been called 'In search of being as good as we can get'.

Finally, there is a real problem of influence. I remember attending a very good day conference organised by Richard Higginson at Ridley Hall, Cambridge once. Guest speakers included those who actually had a track record of introducing Christian (though any caring creed would have helped!) values to their workplaces. The only trouble was that, as I recall, those speakers were all the likes of CEOs, company owners etc. If you are not actually at the TOP it is very difficult. Of course individual simple human love and respect helps and I met many who, against the odds, tried to work in that way - but painfully they were often known as exceptions - good for Christian witness but only a drop in the overall ocean of pain.

It would be fascinating to see whether any sort of legislative approach could possibly work. If not I believe that one thing we can all at least do is to support those at work - in prayer, through understanding, with mutual support groups perhaps. Oh, and of course, if schools and families were stronger on the same agenda that would help to.

And all the more intriguing that despite there apparently being some 60,000 people with disabilities reporting violence against them at work, only 141 people were successfully prosecuted for any disability-related hate crime anywhere in the country in 2007-8. What is the government doing about it? What else can the church doing to provide that safe refuge, that sense of love and belonging, to those whose experiences of others often leave them fearful, alone and feeling worthless? Big questions for all we do.

Adrian, many thanks for taking this deeper and giving some analytics of the reasons. Behind all the things you record is a kind of mechanised assumption about human beings — Henry Ford style assumption that people are just working things.

I spent time today with highly esteemed colleague with a big background in probation who told me all about how the introduction of impersonal/ mechanistic service standard measure in the 80's made it impossible to work with young people at a level that would make any difference. You just stopped taking risks, because it was safer all round to confine everything to a tickbox level. That's when the soul went out of the job for her How tragic. She also spotted the inabiity you have to accept teh realities of death and falure, by pumping up expectations of perpetual success, and blaming people when they don't sustain themselves.

Thanks also for drawing attention to the extent to which cultures that deny humanity in others are corporate/ self reinforcing things; principalities and powers.

Ann, There's always a gap between reported crime and incidence of crime. But this is massive. I wonder where the blockage is. With rape, where there's only an 8% conviction rate, it's around evidence giving. I wonder how many cases are referred to the CPS, and what proportion of those are prosecuted? Or is the issue around recording these crimes in the first place? or both?

Bishop Alan,
thank you - your colleague's comments about the introduction of certain practices in the 80s ring a loud bell - and it links with something my friend John Davies was blogging about a while ago around the area of the difficulties of young working class people - especially the way the old apprentice system used to allow nurture and growth by passing on experience and shared values from generation to generation - something that has largely become lost and which, I wonder, relates not only to work but to the growing feeling of a gap in understanding between generations.