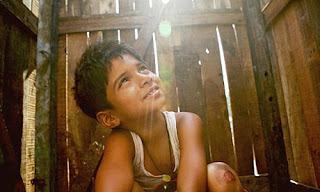 Danny Boyle’s Mumbai makes Danny Boyle’s Edinburgh look like a Sunday School outing. If you’ve had enough Trainspotting, you can try bizarre beggars’ initiation rituals, outdoor jakes, riots in the streets, and beggar boys blinded to increase their sympathy scores. There’s something Dickensian about Mumbai in this film — A bright new world built on exploitation, poverty and low criminality that Fagin could only dream about — Curiously globalised rookeries, Oliver Twist in the hottest Vindaloo sauce. 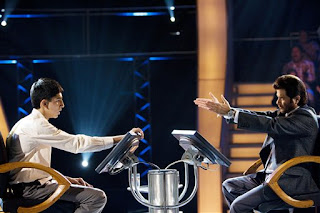 Doesn’t sound like much fun But it is. The poorest of the poor is catapulted to riches by a game show. Did he cheat, strike lucky, or what? Is it destiny, and if so, what do we mean by that word and how much luck do you need to fulfil your destiny? 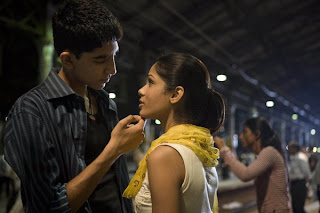 If love is a constant, what kind of a constant? Actually the plot plays two or three fairytale trump suits simultaneously — rags to riches, good guy gets the girl, hidden hero whose constancy wins through, fate playing the joker but having an even bigger joker played back on it.

Visually, this movie is beautiful, on every level, down to subtitles that complete rather than clutter the visual language of each shot. 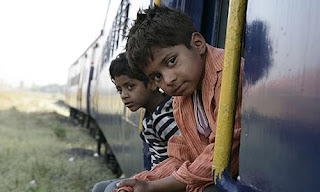 How realistic? I really don’t know. It’s full of harsh gritty realism, and feels like a story told from the inside out, but driven by almost surreal twists of fate and fortune. Really it doesn’t matter — this isn’t an advert for tours or an NGO. You get drawn irresistibly into the characters straight away, and from the heart of stinking grime, nastiness, poverty and violence grows a beautiful flower.
Six and half stars out of five.
Posted by Bishop Alan Wilson