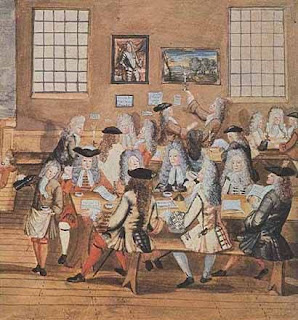 What is Twitter, what isn’t it? People wonder how so much small talk can have any value. If you don’t read it all, what’s the point of having any of it? In fact, very few people religiously read every word of a newspaper, and most of the stuff in there is trivial or made up. Fact is, Human beings, social animals, have an immense appetite for low-grade information from and about people they barely know. Only Twitter’s cultured despisers, Hampstead journos, people like that, stuff all their social encounters with serious social analysis & breaking news:

Ah, the eighteenth Century! London grew wealthy on the back of its coffee houses, the birthplaces of significant institutions like the Stock Exchange and the Bank of England. Why were they born in Coffeehouses?

Well, BBC R4 women’s hour has been dramatizing Joseph Addison’s pieces for thee Spectator. This is how Addison described his work in 1711: 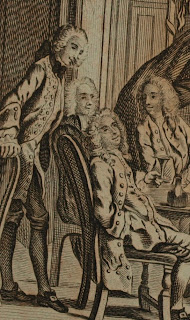 I have passed my latter Years in this City, where I am frequently seen in most publick Places, tho’ there are not above half a dozen of my select Friends that know me; of whom my next Paper shall give a more particular Account. There is no place of Resort wherein I do not often make my appearance; sometimes I am seen thrusting my Head into a Round of Politicians at Will’s and listning with great Attention to the Narratives that are made in those little Circular Audiences. Sometimes I smoak a Pipe at Child’s; and, while I seem attentive to nothing but the Post-Man, over-hear the Conversation of every Table in the Room. I appear on Sunday nights at St. James’s Coffee House, and sometimes join the little Committee of Politicks in the Inner-Room, as one who comes there to Hear and Improve. My Face is likewise very well known at the Grecian, the Cocoa-Tree, and in the Theaters both of Drury Lane and the Hay-Market. I have been taken for a Merchant upon the Exchange for above these ten Years, and sometimes pass for a Jew in the Assembly of Stock-jobbers at Jonathan’s. In short, where-ever I see a Cluster of People, I always mix with them, tho' I never open my Lips but in my own Club. Thus I live in the World, rather as a Spectator of Mankind, than as one of the Species; by which means I have made my self a Speculative Statesman, Soldier, Merchant, and Artizan, without ever medling with any Practical Part in Life. 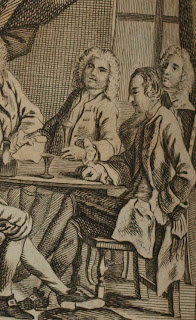 I am very well versed in the Theory of an Husband, or a Father, and can discern the Errors in the Oeconomy, Business, and Diversion of others, better than those who are engaged in them; as Standers-by discover Blots, which are apt to escape those who are in the Game. I never espoused any Party with Violence, and am resolved to observe an exact Neutrality between the Whigs and Tories, unless I shall be forc'd to declare myself by the Hostilities of either side. In short, I have acted in all the parts of my Life as a Looker-on, which is the Character I intend to preserve in this Paper... 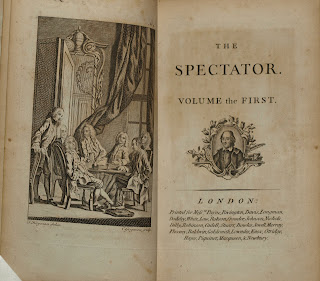 There you go. Twitter, in 1711. Addison wasn’t a printing press enthusiast, but a people enthusiast. I realised years ago that our kids go MSN’ing not to explore hi-tec, but to chat with their mates. It’s a social process, stoopid. The sign of a technological dimwit is to think it’s all about the technology. 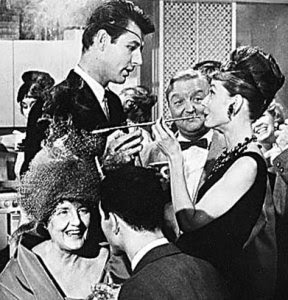 So, to recap, this is how to use Twitter. You have a stream of short snatches of conversation fed to your desktop. Imagine a drinks party at which several hundred people stand in small self-selected circles talking. Like Addison, you circulate and engage, knowing fullwell you don’t have to respond to all of every conversation, or even hear it, to give and take social value. Unlike Addison, you can: 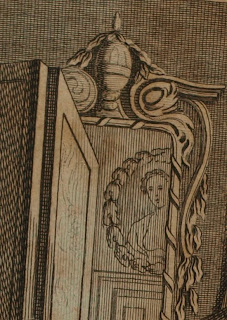 These are useful things to be able to do with and at a party, but that’s all there is to it. You need to bring and mix your own cocktails, or not. Some people hate social gatherings, and that’s OK. Others think they’re going to hate them, but enjoy them when they push themselves. Other people were made for them.

Small talk is both entirely trivial and the essential stuff of life. In that spirit, why not let’s all just relax and enjoy Twitter for what it is? or not?

Excellent Introduction and tips for Twitter by David Pogue in the New York Times, here.

good posting - Twitter as the modern 18th Century Coffee house. Wonder if it will generate the same range of interesting social institutions!

Think this is the best explanation of Twitter I have yet to read - think I should recommend it to other forthwith (and a nice strong cup of coffee to go along with it).

Twitter was even better when you could use your mobile to send and follow using SMS text messages. (Twitter couldn't reach a workable deal with the UK telco's, so had to pull that part of the service.)

Everyone I know who used to use Twitter, now uses http://brightkite.com/ since it still has mobile functionality. It also has a Twitter gateway so the two services can interact.