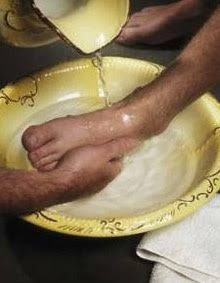 I’ve just had a spiritually refreshing conversation with Steve Bushell, Chaplain of our local Mental health NHS trust. Steve has studied Desert Spirituality closely, and together with excellent senior colleagues in the trust is working out a fascinating new integrated approach to Spiritual Care. As he talked about his work, I was reminded of Robin Skynner’s Institutes and how to survive them. There Dr Skynner proved the key contribution staff attitude makes to the health of the whole and the healing of patients. This closes the gap between Spirituality and Religion, which has been so disastrous in Western Christianity. 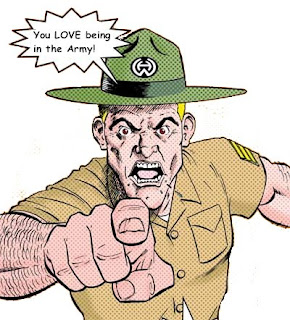 The key to good healthcare, we decided, was the willingness and ability of the hierarchs to give away control, to support and facilitate rather than direct people in what becomes a healing community, not a controlled-and-controlling bureaucracy. What the hierarchy does builds either understanding and respect, or cynicism, depending on its alignment with its professed values. This reminded me of a wise, experienced and perceptive Vicar telling me recently how he had observed that when he stopped forcing his initiatives on people and doing stuff, far more happened, and in a different, more spiritually significant way. More the Coach, less the professional Guardian of the Sacred; more the resourceful friend, less the eccentric drill sergeant. See Mark 10:42. 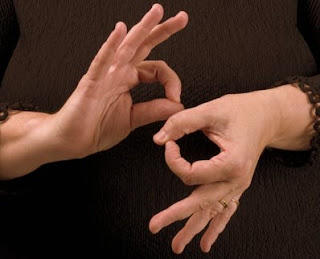 Steve and I scoped the role of of the Chaplain as someone who learns and listens carefully to the languages people use to express themselves, a spiritual interpreter, someone who can hold the lines and ask key questions of any and all, including themselves. The prime task is to help people identify where God is in their lives so that he can grow their Sacred Centre... Like Vicars?
Posted by Bishop Alan Wilson

That puts me in mind of Merrily Watkins, the fictional deliverance consultant to the Diocese of Hereford.

How true to life are Phil Rickman's books?

Hi Alan - this interesting conversation seems to tie in directly with Parish Nursing Ministries UK ... an organisation I've been involved with as Trustee for a couple of years that works towards the "health of the whole and the healing of patients". For "whole" read "whole church community and local community" and for "patients" read "people dealing with any kind of health issues". Steve Bushell no doubt knows of it already.

Thanks for this post I found it most interesting especially your definition of a Chaplain. I have forwarded your blog address to my Team Leader for E.C.C.I.C. (The Essex Churches Council for Industry & Commerce)The Revd Canon Chris Bishop - Parish Priest and Chaplain to Stansted Airport - Judith

With a colleague I'm involved in coordinating the healthcare chaplaincy service for the Baha'i community. I'm not a chaplain myself, but I love talking to and hearing from chaplains, most of whom are people with inspiring approaches to spirituality and religion.

We (the Baha'is) are relatively new to this business, although I have been part of the Multi Faith Group for Healthcare Chaplaincy (with Revd Edward Lewis as its Chief Officer) for more than 10 years. In the last year, my colleague and I have been recruiting and training our first group of healthcare chaplains and the training has been grounded in exactly the principles you've set out in the post.

I find your definition of the prime task of the chaplain very helpful and very inspiring. Thank you.

Gill, thanks for a fantastic and apposite link. I had a happy half hour here this afternoon. I had faintly heard of the movement, but was grateful for the website.

Judith thanks for links. I think anything that helps healthcare professionals be what they believe they need to be, rather than stresses them into being less than that is good news... You don't half have some interesting contacts.

"someone who learns and listens carefully to the languages people use to express themselves, a spiritual interpreter, someone who can hold the lines and ask key questions of any and all, including themselves."

Fabulous - says it so clearly - more so than the page I worked out for our school chaplaincy. Thank you!

Steve, I've read a couple of the Merrily Watkins books and was too scared to read the third one! I'm guessing it's not that accurate.

Thanks, Sarah. I'm reminded that I once did a Windsor course with a wonderful Evangelical Urban Vicar called Gill Tovar, who wrote up in 10K words her attempts to listen to and learn the language on a large council estate in Tonbridge.

On the down side, acting on Steve’s tip-off I was about to flick up Merrily Watkins on Books on Board, but am now too chicken! Till tomorrow morning, anyway...

One of Susan Howatch's 'Starbridge' novels, 'Mystical Paths' is about this, and the relationship between the language of psychology and the church.

I favour teaching the language of the church, so that at least we have one language in common with each other and with those who have gone before us (who can't adopt a new language anyway).
But we need to teach it properly, I think there a quite a few people who think that 'sin' means "doing things the church doesn't approve of".