Social media seem to be catching the imaginagtions of some imaginative colleagues. It remains to be seen when they will begin to touch fogey untouchables, but from Obama to the Telegraph all sorts of people and organisations are on the game now. Twitter is becoming not so much a website, more a way of life — or, to use the jargon, a Platform. 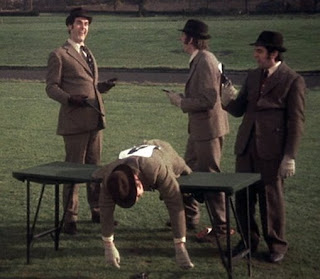 Take this lunchtime. Cooking with friends at half term furious disputation arose about feeding spring onion stalks to Lara, our neighbours’ rabbit. Do spring onions make rabbits, er, windy? Theories and counter-theories raged around the room, so I twittered it. Within 3 minutes reply came from Alexander Chow in Los Angeles, ably assisted by Mr Bunny & Pumpkin. Rabbits are OK with spring onion, friends, and unless you are kind to neighbours’ rabbits, the Great Rabbit Paw in the Sky may Finger you. All in under 140 characters.

Now thoroughly convinced of the power of Twitter, off you go. I’ve been on Twitter a wee while, and after a few wilderness weeks wondering what the point was, the penny dropped in December. People with an instinctive feeling that my Twittergrade may now be as high as 97·9 have been asking me about getting the best out of it.
What do I know? You just sign up, dive in, explore, network, have fun. That said, Trimmings have their uses, and I’ve got a few suggestions to help the curious make themselves into more compleat (or “Upper Class”) Twits. 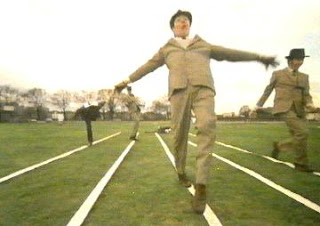 Start with Twitter, and play much with its Twitter Search. Enter a subject that interests you, and pick stuff out of the Tweetstream, and follow the authors. Easy. Next, if you’re using Firefox, beef up your basic Twitterpage with PowerTwitter. This fluffs out the information (names, pictures, movies) and puts a bit more on the page; not necessary but perhaps desirable. Next, if you have a blog, head for Twitterfeed. That will automatically feed your blog posts into the twitterstream, and to Facebook (if you do that). Finally, you need to find a way to get Twitter onto your desktop without having the fag of opening a fresh page? (For Mac Users Twitterific will do this in an elegant occasional column, and it’s probably the best iPhone twitter client.)

This next bit is very important. Whatever you use, Mac, PC or Linux, head straight for TweetDeck and install it. T/D will allow you to filter tweets, search easily, handle replies, find people to follow. It also has a simple facility to shrink URL’s — very useful when you're stuffing them into your 140 character limit. Alternatively, try Twhirl: less resource hungry, if that’s an issue, single column, but better for multiple accounts. 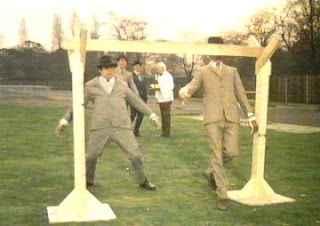 After a while you wonder who’s following you. To find out, follow Mr Tweet, who will come back with suggestions based on your profile and recent record. Check out those elite influencers with Twidentify. TwitterCounter will tell you simply, but for deeper analysis and pretty diagrams, use Tweetstats. This also has a screen to alert you to general trends in what people are talking about in the twitterstream. If you get hooked and want historic data as well, check out Retweetradar. 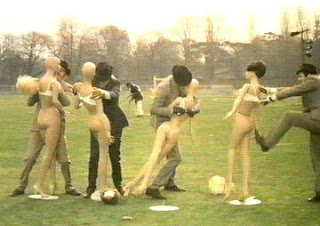 But who are these people following you, really? Check their websites and blogs (given on their profile pages) when you get the email alerting you to the fact they’re following you. Or look for trends, and Round up your TwitterSheep. Are you getting any good at this? Find out on TwitterGrader. Do you come over as a miserable old so-and-so, or what? Find out with HappyTweets. Still in the Affective Zone, you can empty all your fears and worries into the dark, secret confidential dustbin of Secret Tweet (useful for illustrating talks on Prayer, too.) It's like confession, but without absolution, note. If you want to find out what people think of anything (“ask the audience”) use twtPoll. 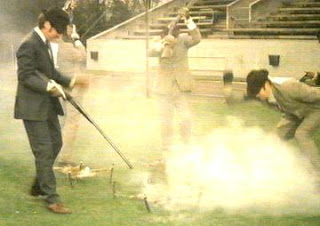 Finally, the Top Shelf of twitter widgets. I do not really approve of all of these, but, heck, its half term... Half the fun of Twitter is the 140 character limit. Haiku is crude by comparison. However some playmates can’t bear to stop talking. Twitlonger allows you to churn out longer tweets. use with care. Tweetlater enables you to schedule future tweets; a marketer's dream, but if you annoy people by semi-spamming them, they will unfollow you.

There you go: 17 key twitter applications and widgets. You won’t want all of them, but you may well want most of them. The one to die for, the Must-have? Two, actually: Tweetdeck or Twhirl.
Enjoy, people, and may the Lord have mercy on your soul... !
Posted by Bishop Alan Wilson

Some really helpful information in there, thank you Bishop Alan. I hadn't come across all of the applications you mention. I am a big fan of Tweetdeck though; has to be one of the most helpful Twitter applications around.

It would be good if you could persuade some of your Bishop colleagues to join in on Twitter. It's good to see some of them blogging, would be even better to see some tweeting too.

Thanks, Paul. We're setting up a social media day in Oxford on 1 May to see if we can get the word out a bit... The quest goes on! Thanks for your encouragement.

Thank you and I've posted your link out to others.. Judy

Hi Alan
I've been wondering about Twitter. A friend says that it's just another way to procrastinate, something I'm already something of an expert in. How would you summarise the value of it, if you already have Facebook and a blog?

Have you tried "utterli" ? Fun for sending voice and video to others - I read a book to the grandkids - it gives you a link or an embed code. I recorded a sermon that had been taped at the time of my preaching - good for people who wonder how you preach.

Thanks! Awesome! I've just got onto Twitter - maybe it's a medium whose time has come for the church. This blog post is going to help me heaps! as I try & get my head around it.

Thanks Alan - a super intro to the Twittersphere. As a fellow blogging bishop and recent graduate from pen and ink, it's all seriously fascinating and rather overwhelming. My daughter explained Twitter and Facebook to me 'tother night but my eyes started to glaze over. However, I can report that on the day that the Royals relaunched their website and a journo Tweeted a photo from the Palace for the first time, I invited the congregation at a youthful confirmation not to turn off their phones but to Tweet the first confirmation too. Hmmm. Anyone interested can catch (and even digg) my own blog at www.bpdt.wordpress.com, by the way.

This is one of the best posts on Twitter basics that I have seen, and done with great humor. Better still, a Bishop wrote it. (Lord, have mercy.)

(You forgot to mention that while you were preparing lunch that you got help with keeping avocado fresh from Twitter.)

I appreciate your blog and read it regularly. This article will be tweeted shortly.

Thanks for another informative post - I've just installed Power Twitter and it does make the web interface much better. I'm very interested in the Social Media Day (and 1st April is in the school holidays) could you send some more info. my way when you have it?

Good to come across a Bishop using blogging and micro-blogging to gather the sheep.

I am a UK sheep now living down under who has just launched http://twitness.org to see whether twitter can be used to promote human rights.

I've thought of collecting Anglicans, Episcopalians, and others of a similar ilk who twitter here:
http://www.liturgy.co.nz/blog/anglicans-episcopalians-twitter/560

This is a great post, I liked your blog and added your feed.