Through the eyes of a child...

It was a joy to baptize a baby the other night at the Aylesbury confirmation, as I don’t get much chance to do that in this job. I am still amazed at the way babies look right at you. Very young children see the world fresh and clean, without assumptions or guile. Next day there was an interesting conversation twittering on the trian about “children as natural Zen masters...” 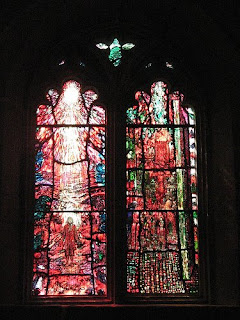 This led me to the seventeenth century Anglican mystic Thomas Traherne (1636/7-1674).
For Traherne, being saved is recovering innocence. It’s laying aside the varnish of the years; the crapping about and pretending and spin doctoring which is required of successful adults. Being saved is being given again, by God, the gift of wonder with which young children look at the world — the way you looked at the world, before you began to know the price of everything, the value of nothing: 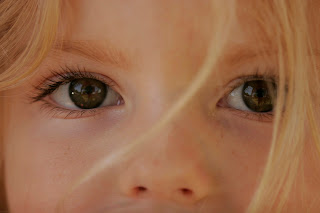 All appeared new, and strange at first, inexpressibly rare and delightful and beautiful. I was a little stranger, which at my entrance into the world was saluted and surrounded with innumerable joys... All things were spotless and pure and glorious: yea, and infinitely mine, and joyful and precious. I knew not that there were any sins, or complaints or laws. I dreamed not of poverties, contentions or vices. All tears and quarrels were hidden from mine eyes. Everything was at rest, free and immortal. I knew nothing of sickness or death or rents or exaction, either for tribute or bread. In the absence of these I was entertained like an Angel with the works of God in all their splendour and glory... Is it not strange, that an infant should be heir of the whole World, and see those mysteries which the books of the learned never unfold?

I think Intense debate has been removed and it's now possible to comment in the conventional way. Sad to say goodbye to ID, but it had to be done. May blog the experience... !

Oh, to be like a child in our relationship with God. To trust and love him like a daddy, with no walls, no posturing, just a living, loving relationship!